A Guide To Brick Weed

As the world of cannabis changes, strains, methods of smoking, and lingo have all evolved with the passing of time. Brick weed has become one of those aspects of cannabis culture that remind you of yesteryear, hearkening back to a more simplistic world of weed.

Popularized throughout the 1970s and 1980s, brick weed was an easy transportation method for large quantities of weed before the mass legalization movement started taking place across the world.

Below we’ll break down the history and ins and outs of brick weed, and whether or not brick weed still exists within the current world of homegrown, dispensary, and medically available cannabis.

What Is Brick Weed?

Brick weed is exactly how it sounds, a literal brick-shaped mass of weed condensed to a point of uniformity. During the age of weed “prohibition” of sorts, it was a way to illegally transport large quantities of weed with ease over international lines.

Usually smuggled over the Mexican border into the United States, brick weed was compressed down hydraulically, resulting in larger quantities of weed being more easily packed and transported with less risk of federal interception over international lines. These bricks would come in various quantities, with some coming in at a little under an ounce and others coming around a pound of weed. 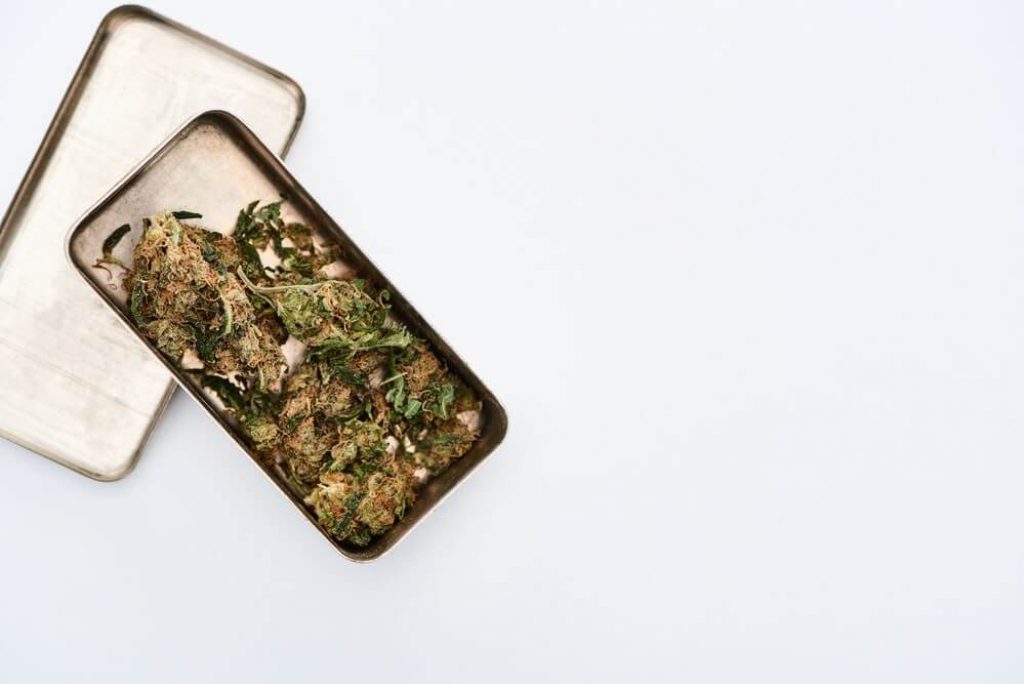 In modern weed culture, brick weed is still sold and shipped throughout South and Central America alongside some Asian countries. Due to the growing legalization throughout the United States, with most states either having legal recreational or medical use, the necessity for brick weed has taken a back seat.

Even more relevant is the ability to grow your own cannabis at home, making internationally transported weed unnecessary.

In theory, brick weed can come in all strains and strengths, merely being packed into condensed forms. Unlike buds you’d find from a dispensary, brick weed isn’t harvested in the traditional sense.

Brick weed is instead compressed without being trimmed or cured, drying the weed, and then compressing it all together. While some of the larger leaves will be removed throughout the process, the end result is a mash-up of seeds, stems, and buds all into one final product. 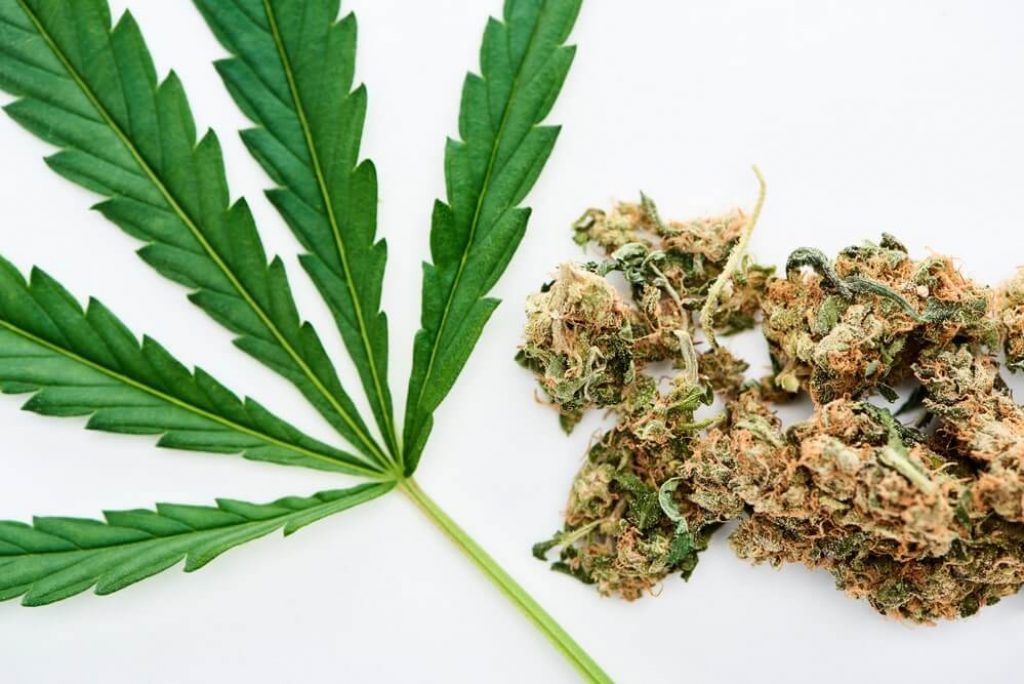 Because of the mixed bag of ingredients that end up in brick weed, it has garnered a bad reputation among modern weed smokers. Some traditionalists, however, will cling onto the idea that brick weed can still be top shelf and potent.

While some of this may be due to nostalgia, reminiscing on earlier years of smoking, brick weed is still held near and dear to a small population of smokers.

Even though the origins of the plants and strains that brick weed is cultivated and processed may have been truly strong and high quality, the process of severely drying and compressing the weed seems to take a toll on the end result.

Because the benefit of brick weed comes with quantity over quality, it tends to be significantly cheaper than traditionally harvested and picked buds of weed. Unfortunately, it is hard to say how much cheaper brick weed is in modern terms, as the popularity of this type of weed has significantly dropped off the mainstream market.

In vague terms, however, brick weed will generally be close to a quarter of the price of normal buds at their respective weights.

Is There Any Benefit To Buying Brick Weed?

While it may not be as popular as it once was in the United States, it may not be a bad investment if you are looking to experiment on the weed of years past. Even though your mileage may vary as far as the strain and quality of weed, it can’t be debated at the sheer economic value of buying bulk brick weed in comparison to growing your own or buying from a traditional shop. 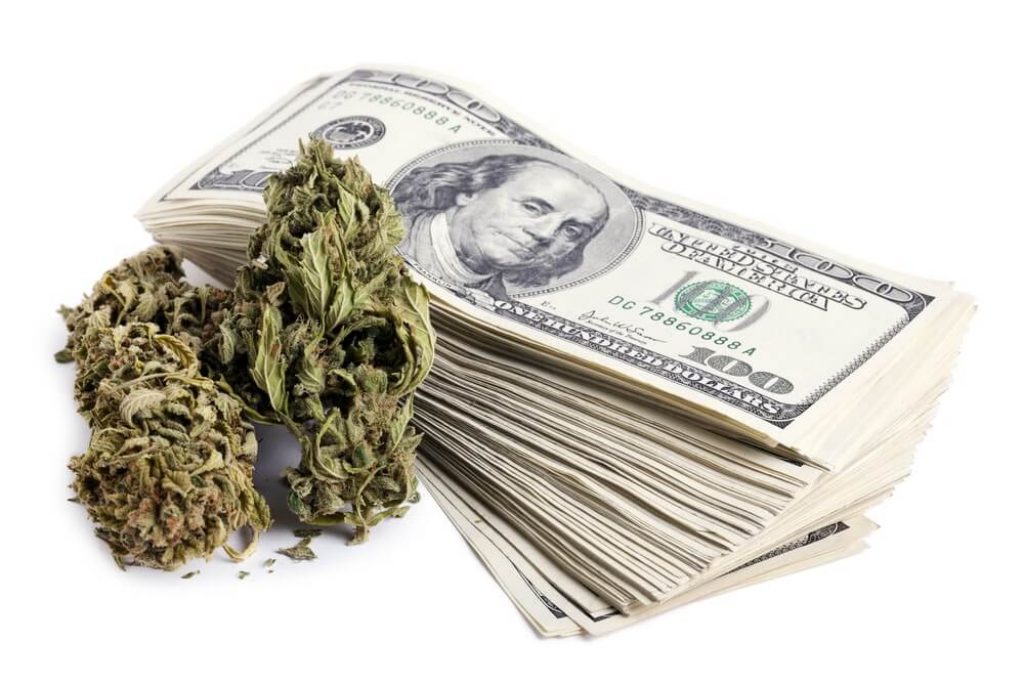 If some of the older smokers’ tales of quality hold true to some extent, you can get more than triple the amount of weed for the same price. Depending on your source of brick weed, which can oftentimes come with a strong ammonia smell and off-putting taste due to the processing, it can be a reasonable way to smoke more frequently and in large quantities without breaking the bank.

This is especially important if you are a blunt smoker, which can burn through quite a bit of weed at a time (which you can read about here.)

Should you really be smoking brick weed?

In theory, there is no true downside or steadfast reason why you shouldn’t smoke brick weed. For the most part, whether or not you smoke brick weed will purely come down to personal preference, with some not minding the strong odors or taste and preferring the old school style of weed.

While brick weed definitely won’t come with the strain specificity, potency, or desirable smell or taste of modern sources, it can be a cheap way to smoke frequently if you are on a budget.

How much does it cost for a brick of weed?

There isn’t a set quantity for a “brick” of weed, with this purely coming down to who is processing and packing the weed itself. In general, however, about a pound of brick weed can cost anywhere between $500-$1000. 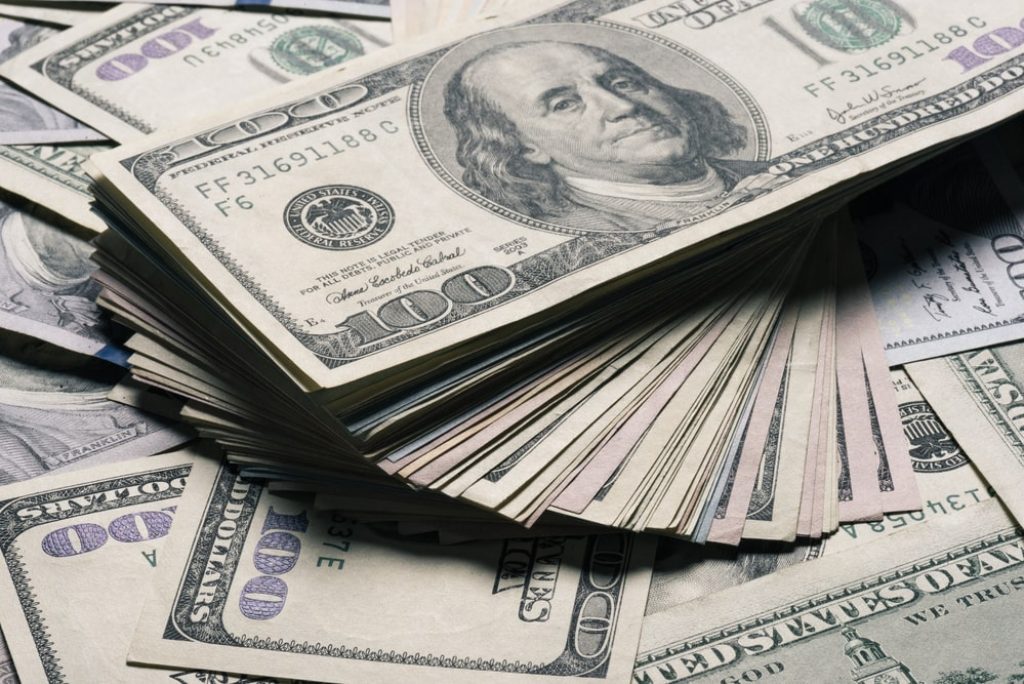 Normally a pound of weed can cost nearly four times that amount when normally harvested, so it comes in at a substantial discount. These prices are rough estimates, however, with the popularity and availability of brick weed becoming a rarity in most places.

Why is brick weed not popular anymore?

Because of the wide availability of weed through medical dispensaries, recreational shops, and online stores, buying brick weed just isn’t necessary in modern times. This is especially relevant with home weed-growers, being the cheapest source of weed while also being legal in many states across the United States.

How to Create Your Own Tin Foil Pipe

Best Soil for Weed at Walmart