Best music to listen to while high

Why Music Sounds So Much Better When You’re High, According to Science?

It’s a well-known fact that marijuana use has a profound effect on how we perceive sound–and music in particular. Unfortunately, few studies have been conducted on the subject, largely a result of the federal government’s continued classification of marijuana as a Schedule I controlled substance.

That’s not to say, however, there have been no studies. In his book, On Being Stoned: A Psychological Study of Marijuana Intoxication, American psychologist and author Charles T. Tart delved into the phenomenon.

What he found is that users claim these experiences are always perceived in a positive light. They find listening to music while stoned more pleasant and interesting than they do when sober.

Music psychologist Daniel J. Levitin takes it a bit further. The professor of Psychology and Behavior Neuroscience at McGill University has tied these positive experiences to the chemical THC in marijuana, which stimulates the neurotransmitters in the brain’s pleasure centers and which also disrupts short-term memory.

Have you ever listened to the classic Lynyrd Skynyrd song Free Bird and not had your thoughts jump ahead to the amazing guitar riff that takes off later in the song? As Levitin describes it, the short-term memory disruption brought on by marijuana use stops users from doing just that. 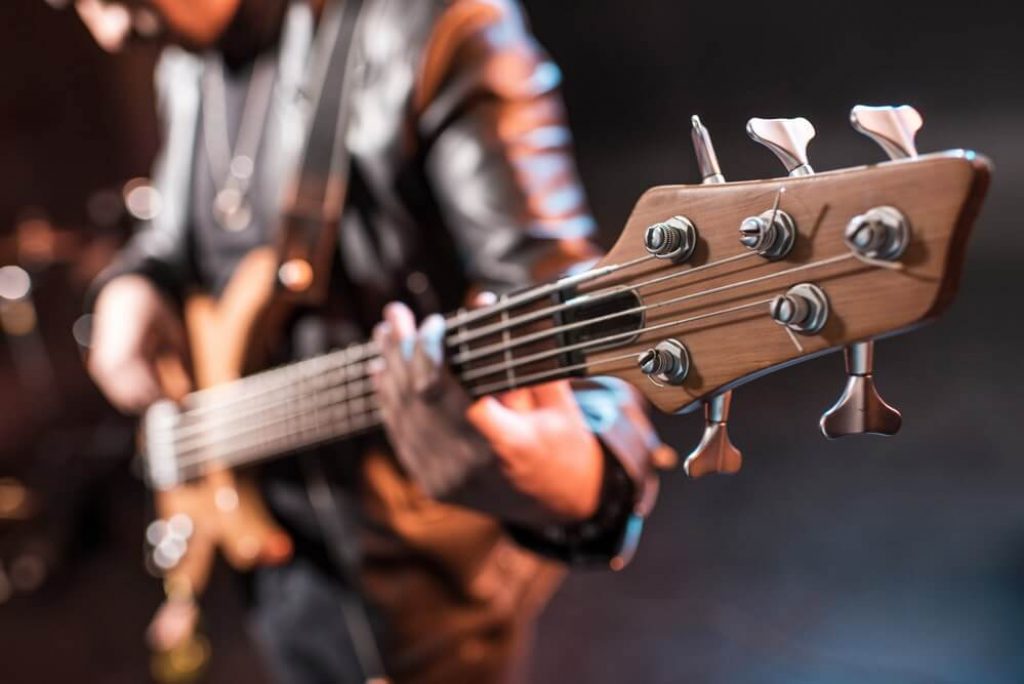 Instead, they remain completely in the moment. As a result, they hear and experience each and every note of music with increased clarity. For them, it’s like time is standing still.

Without getting too sciency on you, it should be explained that the neurotransmitters mentioned above are part of the body’s endocannabinoid system which besides regulating mood and memory also regulates such things as pain and appetite. (It’s why you get the munchies when you smoke.)

There’s still much research that needs to be done on the endocannabinoid system with regard to marijuana. However, one 2011 study published by the American College of Neuropsychopharmacology is particularly worth noting as it found both THC and CBD have different controlling influences on auditory and visual processing.

In layman’s terms, that’s your ears and your eyes! So something’s definitely going on.

Then again, sometimes just the expectation that marijuana will enhance your music experience is enough to tell your mind it has occurred. That phenomenon could use some further research as well.

Now that we’ve got that squared away, let’s move on to the real reason you clicked on this link. Just sit back in your comfy sack, light up, and chill while you listen to a few of these great stoner tunes.

The List of Best Songs to Listen to When High

We all have our favorites. Here we’ve listed some of ours with a few words about each of them.

Released in England in 1967 and performed for the first time in the United States at the Monterey Pop Festival, this song was inspired by a dream Hendrix had about walking underwater and being surrounded by a strange purple haze. Hendrix claimed it was a nightmare, but for many listeners, it’s the quintessential stoner song.

Frontman Dave Bayley said the group’s producer Paul Epworth had him sing the final chorus multiple times over using different voices and accents. The result was an oddly unique final chorus. Try to pick out the individual voices.

It’s IMPOSSIBLE to have a list like this one that does not include at least one Bob Marley song. Ranked by Rolling Stone as the 11th greatest music artist of all time, Jamaican-born Marley’s well-known love of weed was an intricate part of his Rastafarian beliefs.

4. Kaya by Bob Marley and the Wailers

Another Bob Marley tune for you. Back in the 60s and 70s when albums were still produced on LP records, the cover art was really all that, and getting stoned while listening to music also included sharing the amazing artwork. Kaya, the title track for the album of the same name, is Jamaican slang for weed and it was immortalized with a large ganja plant on the album’s back cover.

5. High by the Beach by Lana del Rey

Soft and whispery with an ethereal quality, Lana del Rey sings of a tenuous relationship that has come undone. It’s a good song for the smoker going through a similar type of sunset who needs some alone time to get high and contemplate change before moving on.

6. The Great Gig in the Sky by Pink Floyd

It’s hard to believe vocalist Clare Torry was paid the equivalent of only $58 U.S. dollars as a session singer to perform this beautiful song for Pink Floyd’s 1973 album The Dark Side of the Moon. The album went on to sell more than 36 million copies.

In 2004 she sued the band for royalties, settling out of court the following year. Everyone should get their due.

7. Stairway to Heaven by Led Zeppelin

Released in the UK in 1971, it is arguably one of the greatest songs ever written and certainly a must-include on any stoner playlist. Listeners get to slowly sink into the song which starts first with only acoustic instruments gradually adding electric instruments as it intensifies.

8. Another Side of Paradise

Yet another by Glass Animals.

From their second album, this has a great beat and interesting chords. Try it while slow dancing.

9. Cats in the Cradle by Harry Chapin

A song about a father and son’s broken relationship. There’s a simple message here.

10. Me and Bobby McGee by Janis Joplin

An amazing talented performer who left this world way too early, Janis Joplin drew inspiration from folk, blues, and jazz.

12. Ramble On by Led Zeppelin

Are you preparing for your first experience with marijuana? If you are, are you concerned you might not be able to get high the first time? 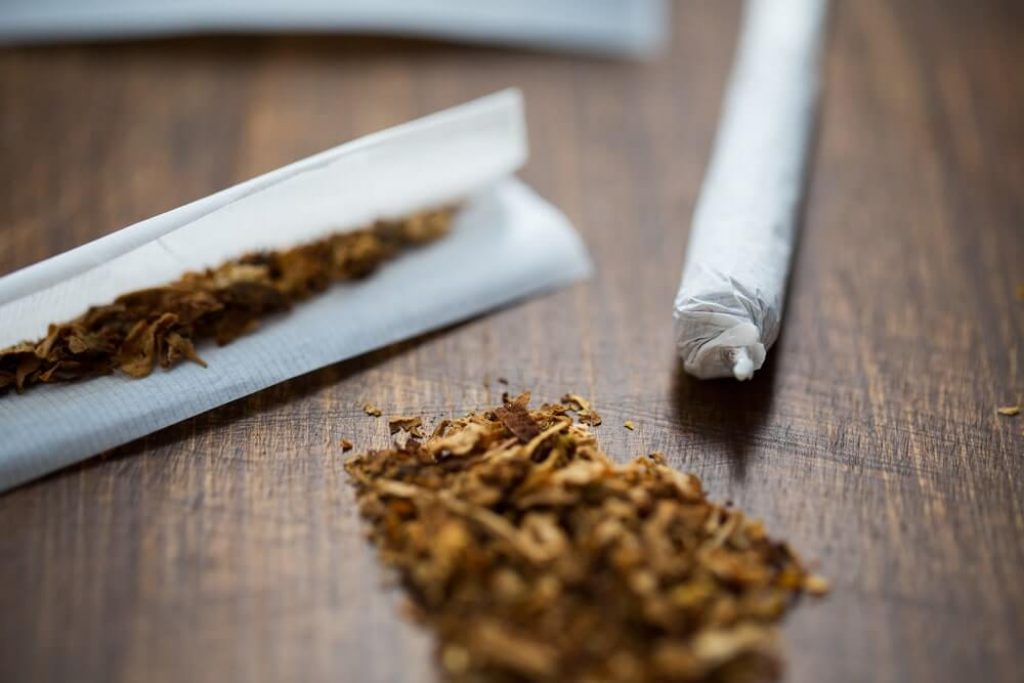 Many people believe that to be true–or at least believe the first time isn’t all that intense. This is often the case, and while there are a fair number of theories about why that happens, one is simply that it’s difficult to relax when you don’t know what to expect.

Hopefully, this Pink Floyd classic will work its magic on you.

14. The Joker by The Steve Miller Band

This is another oldie but goodie, a nice, easy-listening tune to get high by. ‘Nuff said.

15. Going Up the Country by Canned Heat

Sure it’s another Woodstock song, but you don’t have to have lived through the era to enjoy the music. The easy-going beat, fun lyrics, and simple flute music make this a natural addition to the list.

16. In a Sentimental Mood by John Coltrane

Prefer something jazzy and laid back during your high? This relaxing saxophone and piano instrumental is just the cure.

17. Strawberry Fields Forever by the Beatles

Just chill and let the Fab Four take you to a place where nothing is real.

18. Riders on the Storm by The Doors

Feel the electricity of the approaching thunderstorm in this Doors anthem. It was the last song frontman Jim Morrison recorded before his death and is considered a somewhat biographical account of his life as a drifter.

Familiar with the number 420? The run time for this hip-hop nod to cannabis culture is exactly four minutes and twenty seconds.

This classic starts slow and builds in intensity only to slow down again at the end. A great song to contemplate the day the music died.

21. Legalize It by Peter Tosh

Before launching a solo career, this reggae artist along with Bob Marley was one of the founding members of The Wailing Wailers.

A political piece, Legalize It was banned in Jamaica when first released in 1975.

Edgy, angry, opinionated, but never, ever boring, Bob Dylan was the voice of a generation, his songs rife with social conscience. Listen to this one just for the harmonica alone.

Got a spare six minutes? There are few better ways to spend it than rolling up a joint and chilling to this musical masterpiece.

Don’t bother listening for the refrain. There isn’t one.

24. High Time by The Grateful Dead

This is a sad song about loss and regret and for the best effect should be heard on a rainy afternoon when you’re all alone.

25. Piece of My Heart by Janis Joplin

The howling, soulful, anguished voice of this iconic performer lives on long after her untimely passing in 1970 and provides an apt finish to this admittedly less than perfect list.

So what did you think of the list? Did you love it, or were you rankled that we left out the obvious perfect song? If it was the latter, we apologize wholeheartedly! Music, after all, is a personal experience, and while we think this list is a good one, there’s always room for improvement.

The best way to know if a song fits the bill, of course, is if it heightened your cannabis experience. Did any particular song really do it for you?

Maybe none of them worked and you’re starting to wonder if it is possible to not be able to get high from marijuana. Or maybe you just need a new playlist. Whatever your experience, we hope you enjoyed the trip.

The Ultimate Guide to Growing Cannabis