According to the National Institute of Mental Health, about 19 million adults between the ages of 18 and 54 suffer from some form of anxiety disorder. In fact, anxiety disorders are the most common condition impacting mental health.

Most physicians treat these disorders with a combination of psychotherapy and medications.

But did you know marijuana can be used to treat these disorders as well? It can. Read on to learn more.

THC vs CBD strains for anxiety

Prescription medications can be helpful in treating anxiety disorders but they also often go hand in hand with unwanted side effects. It’s the reason many anxiety sufferers go in search of more natural alternatives.

Marijuana is one such alternative in which many users find the side effects negligible.

The trick is in finding what works best for you. Different strains of marijuana are better at addressing some symptoms than others. 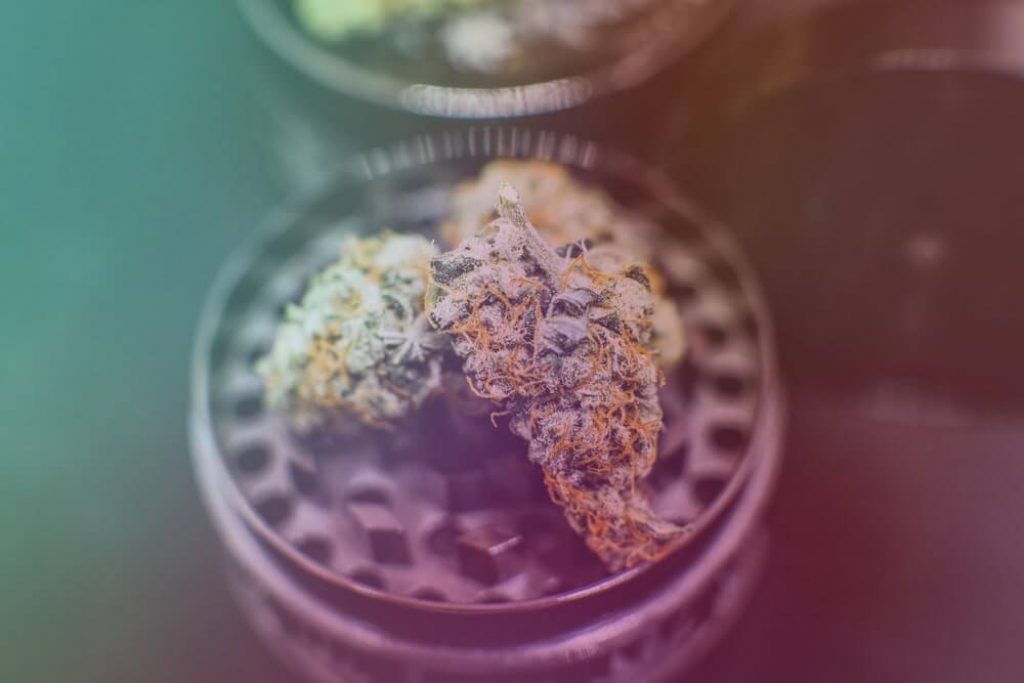 For example, THC-dominant strains will generally create in the user a sense of happiness and euphoria. Such strains can cause the user to be far more talkative and socially outgoing, thus being helpful in treating social anxiety.

However, for some users, it can actually increase anxious feelings.

CBD-dominant strains, on the other hand, while less common often provide greater relief for anxiety without producing a high. In addition, many users seek out a hybrid strain that provides the right balance for them of the two cannabinoids.

What to Keep in Mind When Trying Marijuana Strains for Anxiety

If you’re seeing any medical professionals for treatment of your anxiety, it is very important that you keep them informed about your marijuana use and efforts to find a strain that helps. Your marijuana use might interact with some anti-anxiety medications.

Additionally, take note of which cannabinoids (shapes) and terpenes (colors) your body best reacts to so you’ll start to get a handle on what works best for your condition.

How to Safely and Legally Use Cannabis for Anxiety

Many states have legalized the use of medical marijuana to treat a variety of illnesses and disorders including anxiety. With a physician’s recommendation, residents can obtain medical marijuana cards to legally buy prescribed marijuana products at dispensaries.

If you live in a medical marijuana-permitted state, however, you should be aware that not every state considers anxiety a qualified condition. Your doctor can tell you more.

In addition, more and more states have begun legalizing recreational cannabis, which opens the door for users to buy marijuana without a doctor’s prescription and self-medicate on their own. Whenever possible, it’s always best to work in concert with a qualified doctor who can help determine the best dosage and method of marijuana use for your condition.

However, if you do decide to forgo a doctor’s advice, the safest way to use cannabis to treat anxiety is to try it in small dosages and with someone you trust by your side.

If you’re thinking about self-medicating to help with your anxiety, start experimenting with low doses of the following ten strains.

ACDC is a CBD-dominant strain whose primary terpenes include myrcene, pinene and caryophyllene. It provides a calm, relaxing effect and is a great stress-reducer.

This strain has a more balanced THC/CBD combination. Like ACDC, its primary terpenes are myrcene, pinene, and caryophllene. The high with this strain is more gentle in nature.

Do you have trouble staying focused? This low THC/high CBD strain often helps with this issue as well as with aches and pains. It provides a sense of extreme relaxation.

Terpenes include beta-myrcene, limonene, beta-caryophyllene, linalool, alpha-humulene, alphapinene, and terpinolene. A word of caution: It has been known to cause slight anxiety if consumed improperly.

If you suffer from PTSD, then this CBD-dominant strain might offer relief. It’s also helpful with general anxiety, muscle tension and chronic pain. The terpenes makeup in this strain include myrcene, caryophyllene, linalool, camphene, and phellandrene.

Despite the killer clown moniker, Pennywise provides more of a deeply relaxing sensation with a sedation-effect. It is often prescribed for those who suffer from anxiety, an inability to sleep, and for stress. 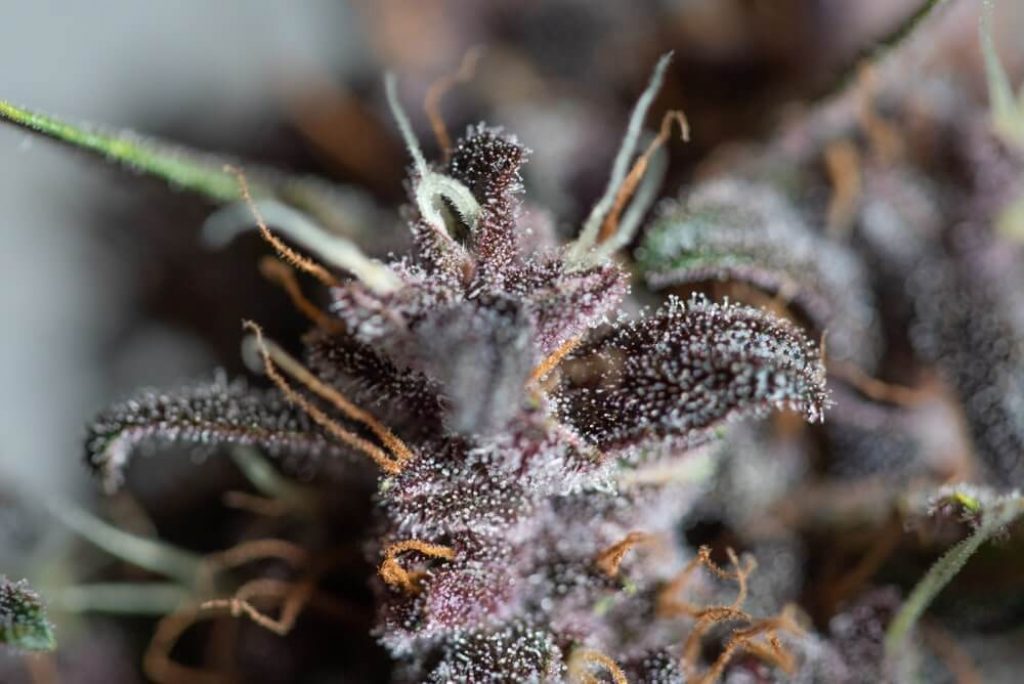 Pennywise has a low THC content and a 1 to 1 CBD/THC ratio. Terpenes include alpha pinene, caryophyllene, linalool, beta-myrcene, and limonene.

You won’t get much of a high with this CBD-dominant strain whose primary terpenes include myrcene, pinene, and caryophyllene. However, this highly medicinal strain is known to bring on a mellow calm in users suffering from anxiety.

A potent, THC-dominant strain (17.5 to 24% THC) with little CBD and primary terpenes of terpinolene, caryophyllene, and pinene, Jack Herer provides ample mood adjustment and is an excellent choice for use early in the day. It is often used by people who suffer from chronic fatigue and depression.

A product of The Netherlands, this THC-dominant strain is extremely uplifting, stimulating creativity and a gift for gab in its users. It is often prescribed for anxiety and depression. The terpenes makeup of this strain include linalool, caryophyllene, and pinene with low concentrations of limonen, terpinolene and humulene.

Northern lights has a THC-dominant cannabinoid profile, and its primary terpenes include pinene, myrcene, and beta-caryophyllenes. A full indica strain, it is often prescribed to medical marijuana patients who suffer from pain and stress.

The primary terpenes in Granddaddy Purple are myrcene, caryophyllene, and pinene. Known for its soothing effects, this THC-dominant strain has a reputation for helping sufferers deal better with pain, anxiety, depression and sleep issues.

Is Marijuana Good For Anxiety?

In short, yes. With the right strain, dosage and method of use, marijuana can be helpful in treating anxiety disorders.

Can You Get Medical Cannabis For Anxiety?

It depends on the state you live in and if anxiety is a qualified condition for getting a medical marijuana card through a physician referral. While many states have legalized medical marijuana, it may not be permitted for the treatment of anxiety disorders.

Can Cannabis Cause Negative Side Effects for People with Anxiety?

It can. While marijuana can be a useful tool in treating anxiety disorders, it’s important to keep in mind that some strains of marijuana tend to create a calming, relaxing effect while there are other strains that behave like more of a stimulant. 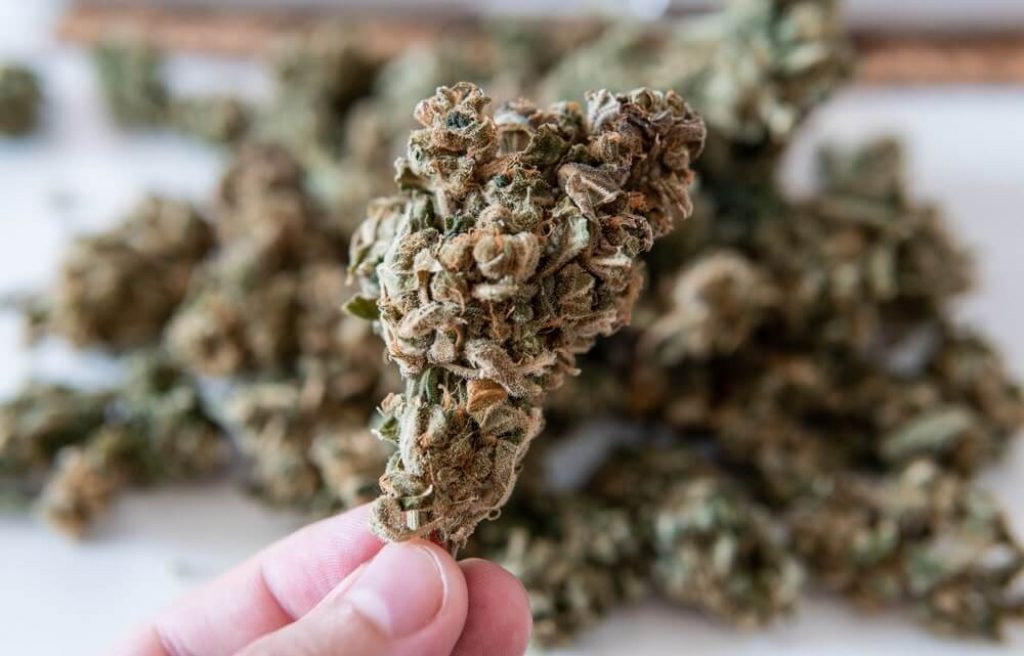 The latter can boost energy and alertness, a good thing for those who suffer from fatigue and depression, but can also sometimes induce negative side effects like increased anxiety and even paranoia. Other possible negative side effects from marijuana include drowsiness, dizziness, and short-term memory loss.

The key is in finding the right strain, dosage, and method of use that is right for you.

People who suffer from anxiety disorders know all too well how mood and stress can negatively impact their overall health and ability to function. But they also may be leery of getting hooked on pharmaceutical drugs that might work in the beginning but then require higher and higher dosages to get the same level of relief.

Trying out marijuana as an alternative remedy may seem like just the right solution.

If you suffer from an anxiety disorder and want to try marijuana, it’s best to keep your doctor informed of your use. And if you choose to experiment with some of the strains on this list, just be sure to take it slowly and in moderation.

With careful application, you might just become a marijuana strain expert and find the perfect one for you. We wish you good health and wellness.