If you’ve been cultivating cannabis for any stretch of time, you know that good buds and a pungent (and to a trained nose, pleasant) aroma about them. Unfortunately, though, you might also notice that some buds just don’t produce that tell-tale smell.

If you’re in the business of growing cannabis crops, you should always take some time to determine why any crop deviates from the norm. As such, you’ll need to take a look at why your buds just don’t have a smell during the curing phase.

Why Do My Buds Have No Smell?

Marijuana has a number of fairly unique odors associated with the crop. If you’re not smelling what you’re expecting to smell, you’ll want to do a little bit of digging to figure out if the lack of smell is actually something about which you should be worried.

Below are the five most common reasons why you won’t notice any kind of odor from your buds.

One of the most common reasons why you’ll get a lack of smell from your buds is that you harvested your plants a little bit too early. If you don’t give all of the internal chemicals like chlorophyll time to break down properly, you’re going to lose out on the aroma that you’re expecting from your plants.

Even worse than that, though, you’re almost certainly going to cut down the potency of that particular harvest to the point where it is no longer worthwhile.

Chemistry has an awful lot to do with your buds smell like they smell. That’s why you’re going to get different kinds of odor from something like CBD than you would from any particular THC-bearing strain of marijuana.

One thing that can have a huge impact on chemistry, in general, is heat – and in this case, the heat at which you chose to dry out your buds. If you decided to go too high, you might desiccate the buds to the degree that they no longer produce the chemicals that give them their tell-tale odor.

3. If You Used Odor Killers

Did you use an odor killer when you were growing or harvesting your marijuana? If you’re not smelling anything, you’re actually in luck – you accomplished your goal.

There’s nothing wrong with using an odor killer during this process, but you should really expect to avoid smelling any odors if everything worked out as it was supposed to work out. Luckily, anyone who actually used odor killers should be fairly happy that their buds turned out this way.

The actual curing process of cannabis can be fairly lengthy. It’s very common among new and commercial growers, though, to try to take shortcuts by using ‘quick cure’ methods.

While some of these methods will leave you with a useful – or even outstanding – product, you’re going to lose out on some of the things that you would get from a more traditional curing period. One of the most important things that you’ll miss out is the smell of the buds, which just isn’t going to come through if you don’t give them the time they need in the curing stage.

Odorless marijuana plants aren’t terribly common but they are becoming more and more popular as more individuals get into the growing game. One of the first things that you should check out before you start stressing about a lack of smell from your buds is the strain of plant you chose to grow; in some cases, you may find that a sign of proper harvesting and preparation is actually the same lack of smell about which you are worried.

This discussion about a lack of odor in buds does, for many, come back around to curing. While not everyone cures their marijuana after harvest, it’s often a good idea.

If you want to get the kind of product that you’ve dreamed of, you’ll want to take a few minutes to learn more about curing.

What is Curing, and Why you Should Cure your Cannabis

Curing cannabis is actually a fairly long process. The goal here is to remove all of the excess moisture from your buds before you process them, allowing you to greatly improve your marijuana grow.

Not only does undertaking this process allow you to radically change how the internal chemistry of the plants express themselves, but it also gives you a unique chance to help protect your harvest from rot, mildew, and mold.

As a note, one of the big reasons that people choose to cure their yields is because it has a huge impact on the flavor of marijuana. If you were to immediately process and smoke cannabis as soon as it came off the plant, you’d actually have a fairly harsh taste experience.

This is because of the various starches and sugars in the plants, compounds that only go away if you take the time to reduce the excess moisture through curing. If you can cure your plants, you’ll get a much milder, much better-tasting smoking experience.

How long to cure Cannabis

One of the hardest things to decide as a grower is how long to cure your crop. Far too many growers try to speed through this process, trying to get rid of the moisture quickly and sacrificing a lot of flavor and quality at the same time.

If you really want to get the most from your cannabis, you’re going to have to commit to a fairly lengthy curing process.

How lengthy should this process be? At a minimum, you’ll need to cure your cannabis for about three weeks.

This will give you enough time to ensure that you’ve reached an acceptable level of moisture removal and that most of the unpleasant compounds are gone from the buds. If you really want to get something special going, though, you might want to consider curing your buds for up to six months.

This is another big one that’s going to make a huge difference in the quality of your cannabis. While many people absolutely ruin their yield by going hotter, your goal is to get a consistent temperature of about sixty to seventy degrees.

This will allow you to slowly dry out your buds without doing the kind of damage that will eventually lead to your buds losing all odor and, in a worst-case scenario, all taste.

Keeping your buds at the right humidity isn’t always easy. Forty-five to fifty-five degrees is usually going to be your target temperature here, but you should absolutely note that you’re not going to get much done with stagnant air.

Instead, you’ll want to ensure that you’re hitting that forty-five to fifty-five degree mark in a fan that’s got at least some air circulation, even if only from a small indoor fan.

How to Keep Cannabis Fresh

Once you’ve got the curing job done, you’ll need to start thinking about storage. Without going too deep into the process, there are a few things you’ll need to keep in mind.

Your storage solution needs to be relatively cool (sixty to seventy degrees), dark (no UV light), and as air and water-tight as possible. This will give you all that you need to keep your cannabis in good shape until it is time to be used or sold. 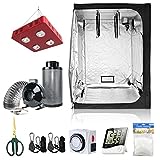 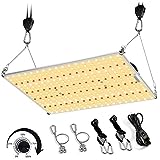