Whether you are traveling through an airport or perhaps you get pulled over during a routine traffic stop, the potential of having cannabis products on you can be a nerve-racking experience. This is amplified by the fact that many on-duty police officers have canine companions, some of which act as drug-sniffing animals.

Highly trained and very accurate, these dogs have been known to detect a number of different drugs and objects through their impressive ability to smell. But can they detect unorthodox cannabis products such as vape cartridges? We’ll touch on the capabilities of drug-sniffing dogs and what you can expect if you find yourself in an interaction with one.

Why Are Drug Sniffing Dogs Effective?

A dog’s ability to smell is incomprehensibly stronger than the average human, allowing it to track and detect a wide variety of items and animals. Being utilized as working animals due to this unique ability, they have been ingrained in both historical and modern settings as true companions and tools.

With an ability to smell around 10,000 times more sensitive than a human, this is enabled by over 50 times as many scent receptors. 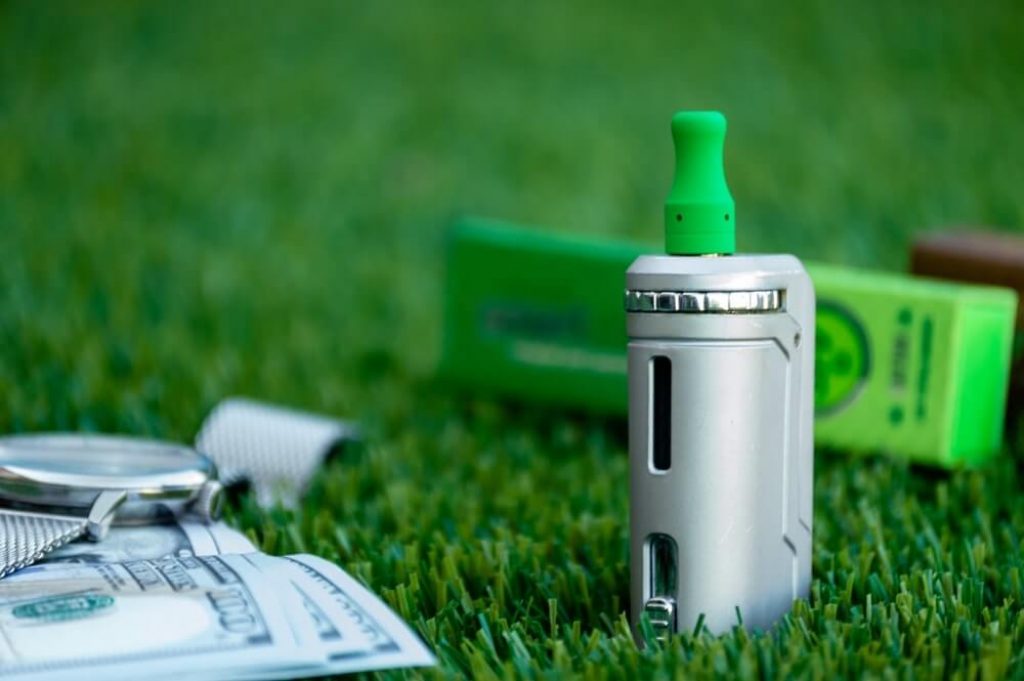 While not all dogs have the same ability when it comes to tracking scents, breeds such as Bloodhounds, Labradors, and German Shepherds will be exceptionally adept to hunting down a trained scent. This isn’t limited to just objects, however, with certain breeds carrying the ability to smell emotion or even sickness in humans.

Not only limited to direct object smells, dogs can also track the trail of objects both from the ground and through the air. Among the many common objects, dogs have been used to track down:

How Are Drug Sniffing Dogs Trained?

A dog’s ability to smell is directly correlated to how they are trained. While motivation and ability to smell will vary breed to breed, the main objective of a dog is to find their reward for correctly identifying or locating an object.

Whether they are given a dog treat, food, or their favorite toy, this is what motivates their exciting search process. While drugs may carry a particularly strong smell, it isn’t the main reason dogs are able to easily sniff them out. 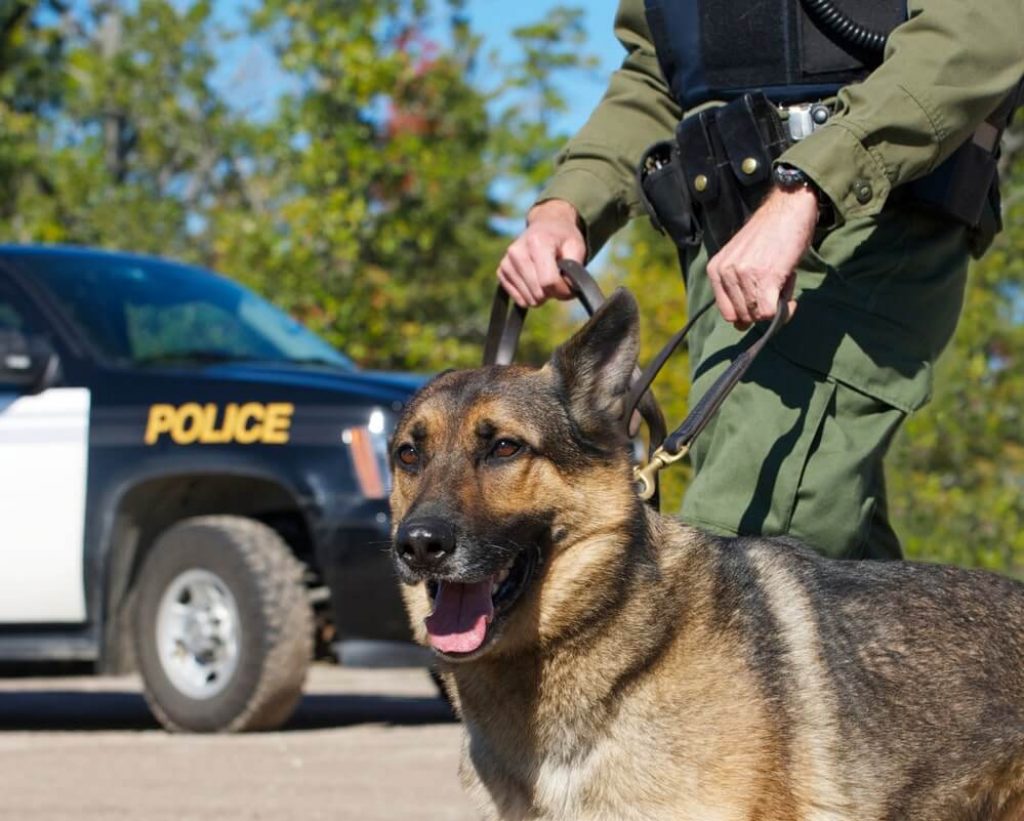 Dogs are simply trained to distinguish a particular smell regardless of the type of scent. Once they locate the particular smell they associate with their favorite toy, they are then rewarded with a bit of playtime.

While this may seem like an easy process given a dog’s natural ability to smell and their eagerness to appease and play with their owner, the training and testing process is quite strict and rigorous. Trained from a young age by specialists, they are then evaluated and tested for their ability to be used in law enforcement and similar fields.

How Do Dogs Smell Weed?

As mentioned above, dogs are trained to locate a specific smell through the motivation of playing with their favorite toy. When they recognize a particular scent, they directly associate it with their toy and eagerly search for it.

Because the legality of marijuana has had a tumultuous history, to say the least, it has been a common scent for drug-sniffing dogs to locate. These dogs will commonly be found at borders between countries, in airports and other methods of mass transportation, and alongside the common street police officer.

Because dogs are trained to specific smells regardless of their origin, they can be trained to locate anything, including vape cartridges. Depending on the juice, drug, or nicotine that is in the cartridge, they will be able to locate it as long as they have been properly trained.

However, these dogs are oftentimes limited to detecting a handful of scents, so this will vary depending on the specific search dog.

Is It Possible To Fool A Drug Sniffing Dog

In short terms, it is almost impossible to completely cover the smell of weed to the point of fooling a trained drug-detecting dog. While you may assume that keeping your weed in airtight containers will ensure that no smell leaks, almost every object will have some sort of porous factor when it comes to scents.

The longer your weed or other drugs are placed in the container, the more likely the scent will escape and become detectable to a dog. 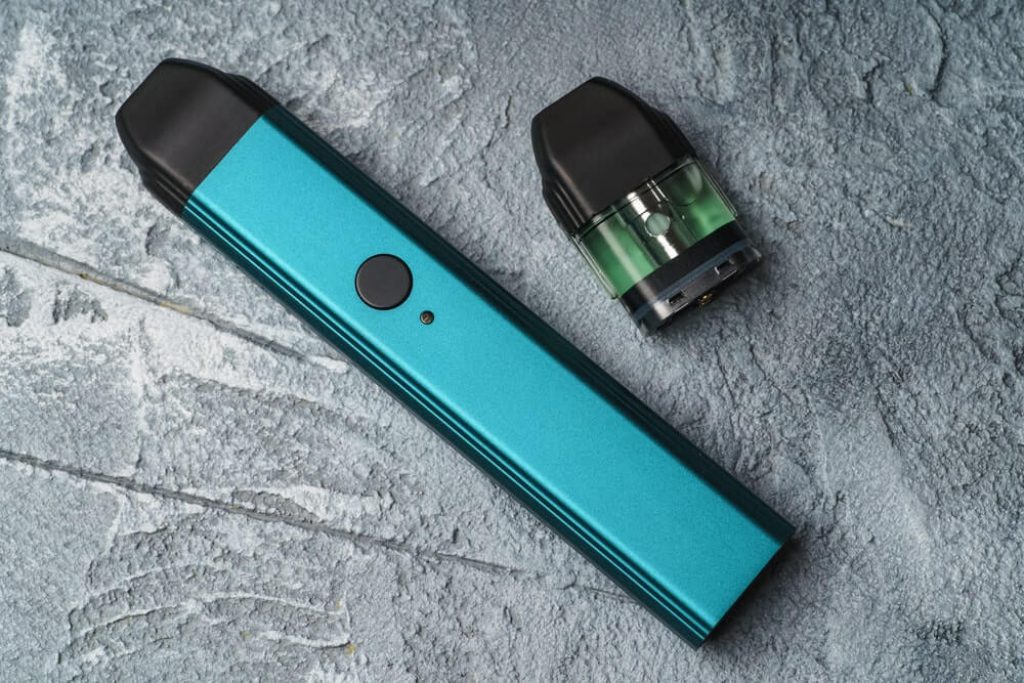 The only potential you have to ‘fool’ a drug-sniffing dog would be to provide some sort of distraction. Something such as a family pet can act to distract a dog from concentrating on the search process, however, most dog handlers will ask you to remove the pet from the car or area for the search.

In addition, strong scents such as deer urine can act as a distraction for drug-sniffing dogs, however, it doesn’t prevent the dog from being able to detect drugs or their trained scents.

If they have been trained to detect cannabis or specifically THC, yes a drug-sniffing dog will be able to detect it in edible products.

As mentioned above, a dog will be able to detect whatever scents they have been trained to. This will include most marijuana products as well as other stronger narcotics. However, if the scent is somewhat obscure, there is a chance the dog doesn’t have the proper training to detect it.

Can drug dogs tell the difference between THC and CBD?

Because THC and CBD are very similar in terms of scent, as well as being treated similarly in the eyes of the law, it carries the potential for them to be detected as one and the same. This has been somewhat of a sore subject when it comes to the legal process with drug dogs, with CBD and THC being structurally similar but chemically different.

Can I Harvest The Top Half Of My Cannabis Plant?