Diarrhea And Weed — Is There Any Connection?

In most cases, casual use of marijuana has a positive impact on the digestive system, and, in fact, it’s often used to treat disorders of the gastrointestinal tract. In some cases, people with digestive tract disorders have been able to discontinue use of traditional drugs to treat their disorders.

Other times, marijuana is used in conjunction with traditional medicines. Despite it’s therapeutic value for treating digestive disorders and their symptoms, several studies have also found that marijuana can cause upset stomachs, nausea, and loose stools.

While the short answer is yes, or at least sometimes, exactly how weed causes diarrhea is a bit more murky. In some states, medical marijuana is, in fact, used to treat conditions like ulcerative colitis and Crohn’s disease both of which can cause their sufferers to have diarrhea.

And yet for some people, use of weed can trigger bouts of diarrhea. For those who smoke or vaporize weed, diarrhea doesn’t tend to occur very frequently.

However, for those who ingest weed as oils or edibles, such side effects are a bit more common. 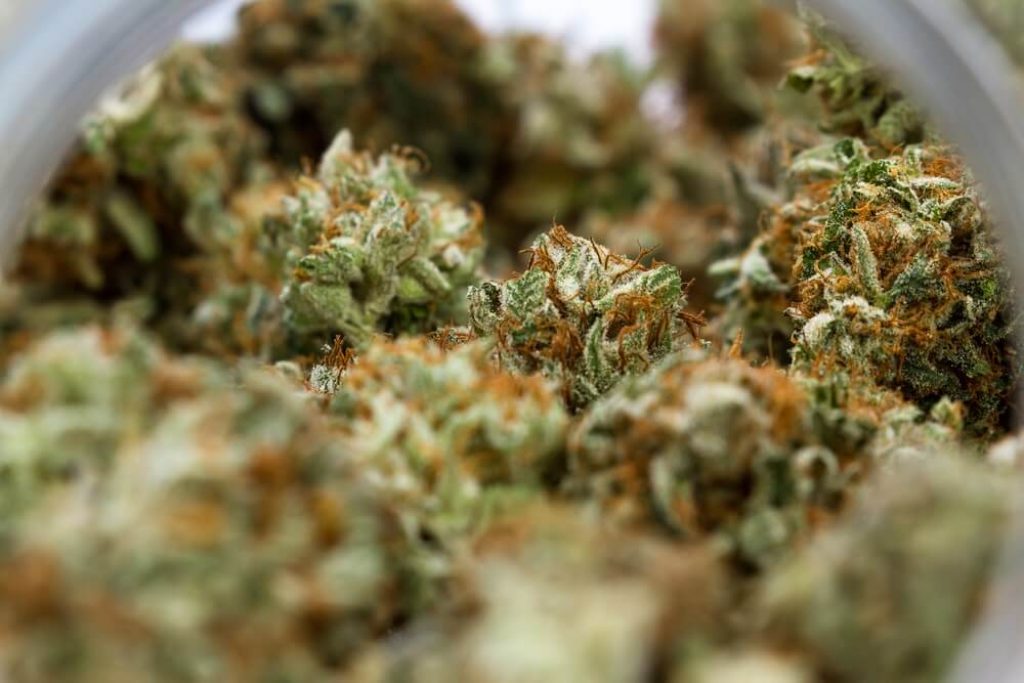 It is believed that substances in marijuana, namely THC and CBD, that impact our endocannabinoid system, in turn, alter the gastrointestinal tract. Cannabis-infused oils, in particular, have a tendency to cause irritation in the gut.

The big problem with studying a weed/diarrhea connection, however, is that there are a great many variables to consider. Cannabis strains have different levels of potency.

How one consumes cannabis is also a factor. If, for example, it is consumed as an edible, are there other ingredients in the mix that cause diarrhea instead? And then there’s the need to measure the many different compounds in cannabis that react with other chemicals.

Add to that the fact that marijuana remains classified by the federal government as a Schedule 1 controlled substance, meaning they view it as having no currently accepted medical use and a high potential for abuse, and it’s hard to get studies on the subject in the first place.

When it comes to GI disorders, cannabis has been proven helpful in treating irritable bowel syndrome, and irritable bowel disorder, ulcerative colitis, ileitis, as well as nausea and vomiting.

That’s because of the cannabinoid receptors known as CB1 and CB2 that live in the gut. When marijuana is consumed, it activates these receptors creating a number of benefits that help calm intestinal inflammation.

In addition, THC stimulates the appetite, or more specifically the hunger hormone ghrelin. It is why marijuana is often prescribed to offset the lack of appetite many cancer and HIV patients experience as a result of their drug treatments.

While using weed can result in various side effects, there are some that occasionally impact the gastrointestinal tract. These include nausea, constipation, stomach cramps or a tender stomach, vomiting, and diarrhea, as well as the stomach being slow to empty itself.

Less common but of growing concern is a condition called cannabinoid hyperemesis syndrome (CHS) which is punctuated by recurrent episodes of pain in the upper abdomen, and intense nausea and vomiting. Usually, the only relief from the symptoms is taking hot showers or baths.

While it is unclear of the exact cause of CHS, case studies have found it most often afflicts people who have a history of protracted, heavy cannabis use. There is reason to believe it is due to an overload of high levels of THC that become stored in body fat.

Left untreated, severe vomiting from CHS can lead to dehydration and electrolyte imbalances that can cause an array of serious health problems.

Possible Side Effects of Medical Cannabis

Medical marijuana has proven itself beneficial in treating many different serious ailments such as glaucoma, cancer, HIV/AIDS, and multiple sclerosis to name a few. But like all drugs, its use can sometimes cause side effects:

And, yes, medical marijuana is known to cause diarrhea and/or constipation for some users too. So, if that has happened to you, don’t be embarrassed to talk to your doctor about it.

There are some indications that negative side effects from cannabis use may go underreported. This could be due to people being afraid they may be judged negatively for using medical marijuana.

It could also be the opposite. Some proponents of medical marijuana may be reluctant to accept the idea that cannabis can have negative side effects as well. 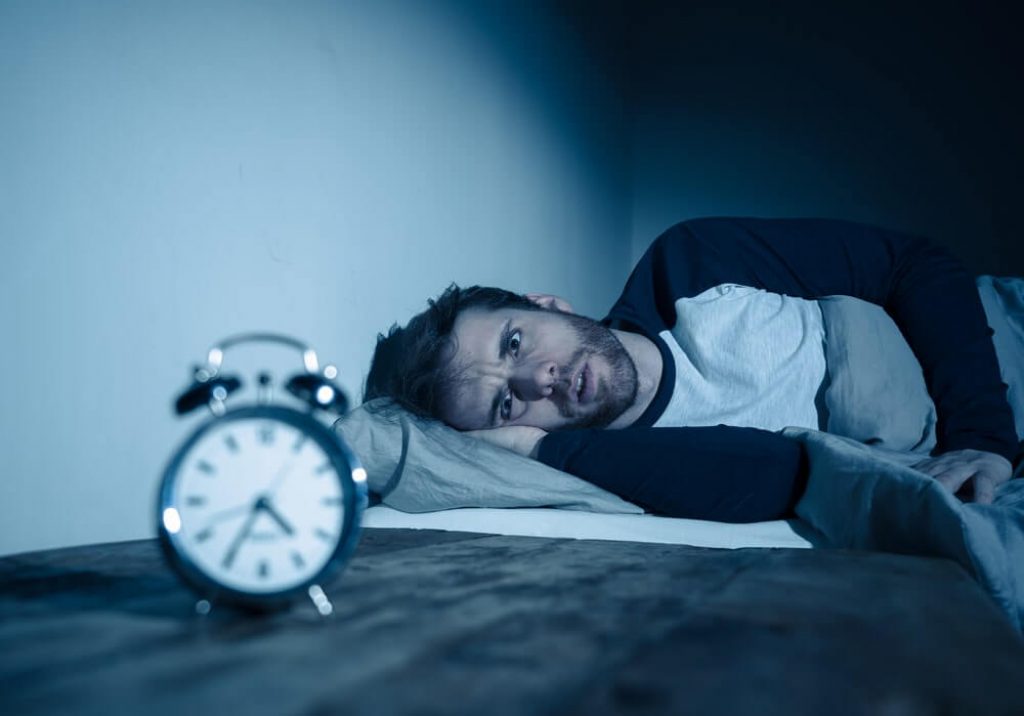 Of course, you can’t rule out the fact that when the symptoms are diarrhea or constipation, it might simply be discomfort with talking about an awkward subject.

Here’s the thing. If you noticed your marijuana plants looking unhealthy, you’d do something about it, right? You wouldn’t want them to succumb to mites, root rot, nitrogen toxicity, or any other ailment that can ruin your weed.

The same should go for your own health. You should never allow unpleasant side effects to ruin your quality of life.

How Does Medical Weed Cause Diarrhea and Constipation?

There are yet to be any conclusive studies about how marijuana induces diarrhea in some users, but there are a few strong theories.

For starters, cannabis plants have about 400 different chemical compounds, so it is not unlikely that some of these compounds may cause diarrhea in some users. In fact, some researchers believe CBD may be the likely culprit.

Studies on the efficacy of using CBD oil to treat various forms of epilepsy have been conducted with positive results, but those same studies have also found one of the side effects is diarrhea.

Another theory is that marijuana, notorious for bringing on the munchies, might result in users eating too much of foods that disagree with them. Still another theory is that with more people taking edibles, it is the overuse of oils needed to make them that causes diarrhea.

Signs of Diarrhea and Constipation From Medical Cannabis

If you say you’ve never experienced diarrhea or constipation, then you’re an incredibly lucky person. More likely, though, you’re telling a fib.

The signs of diarrhea from medical or recreational cannabis are exactly the same as they are when you get the ailment as a result of a bug:

Long-Term Side Effects of Diarrhea and Constipation

An occasional bout of diarrhea or constipation is nothing to become alarmed about. As uncomfortable as these conditions may be, rest assured most of the time they are temporary with no long-term side effects. 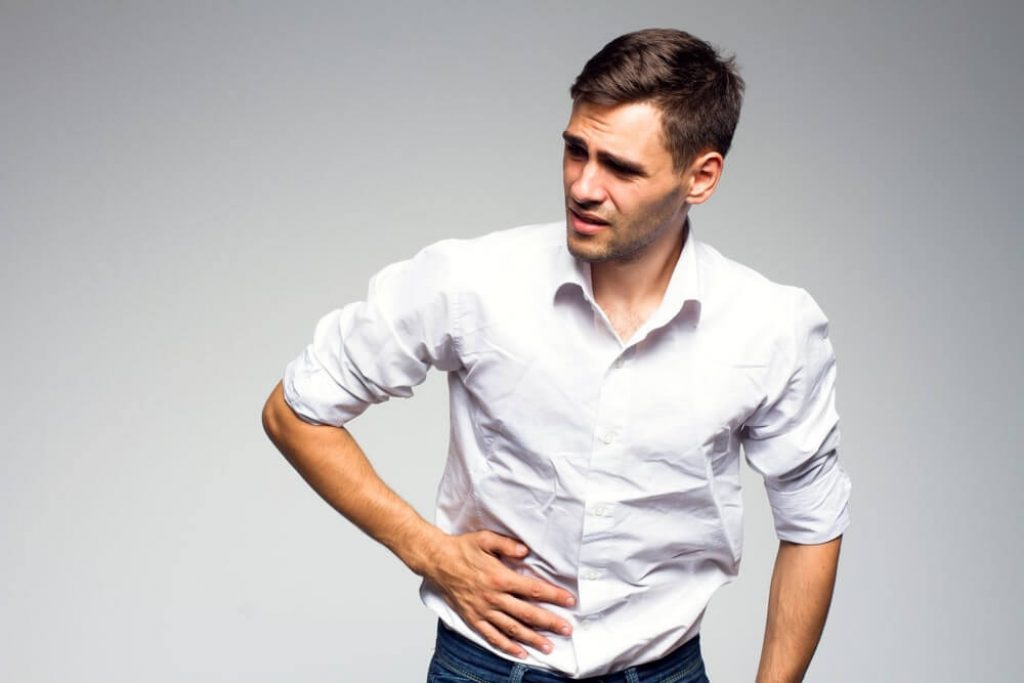 If, however, an experience with either goes on for weeks, it may be an indication of something more serious. Long term side effects may include:

If symptoms of diarrhea or constipation go on for more than a few days, call your doctor.

What are Some Conditions that Cause Diarrhea and Constipation?

According to WebMD there are 58 conditions that are associated with changes in bowel habits–be it diarrhea, constipation, or painful spasms.

Common conditions that cause diarrhea include

Common conditions that cause constipation include

How to Avoid and Manage Diarrhea and Constipation From Medical Marijuana

While it remains unclear why medical marijuana causes some users to experience diarrhea or constipation, making adjustments to your diet, your strain of medical weed, or lowering your dosage may alleviate or mitigate such problems.

Marijuana is nothing if not a versatile plant, and, as such, there are many ways to glean its benefits, be it smoking, vaping, edibles, dabbing, or as concentrates and oils. If one method of marijuana consumption is creating problems with your digestive tract, your doctor may also simply suggest changing the way you consume it.

While cannabis is known to sometimes cause diarrhea or constipation, there are no conclusive studies that explain the specific cause. However, just like any other medication you are taking, if you end up experiencing unwanted side effects, the most important thing you can do is talk to your doctor about it.

Your doctor may adjust the strain of marijuana you are given, the amount of the dosage or how you consume it. On the other hand, he may leave your marijuana prescription as is but recommend implementing changes to your diet.

The important thing here is to follow your doctor’s advice and report any changes in your overall health as they occur. It’s the best prescription for a healthier outcome.