Can You Get High the First Time You Smoke Weed?

There are an awful lot of myths that surround using marijuana. While many of them feel like they were specifically made to keep people away from the product, there are also some that seem to be old wives tales even among frequent users.

One of the most common is the idea that you somehow can’t get high the first time you smoke. While this might not be the most scientific statement, it’s still one that’s worth investigating.

Why Most People Don’t Get High The First Time They Smoke Weed?

It’s probably best to start with the obvious – there are plenty of people who get high the first time that they smoke. There are enough people that don’t, though, that it’s definitely worth taking some time to investigate why this might be.

As you might imagine, though, there aren’t really all that many scientific studies out there that will tell you exactly why one person might get high and why another might not.

As with so many things surrounding marijuana, it might be best to turn towards some anecdotal evidence as well as a bit of conjecture to figure out what’s going on here. There are a few theories about why some people might not get high the first time they smoke and each one of them does have at least a possibility of being correct.

Contrary to the beliefs of many regular smokers, not everyone starts out being able to smoke correctly. This isn’t the most natural action, after all, and there’s a huge difference between what smoking looks like from the outside and what you’re actually required to do while you smoke.

Simply put, it’s very possible that many first-time smokers might not actually be inhaling correctly.

The idea here is that many a first-time smoker might not actually be swallowing the smoke, but rather holding it in his or her mouth until he or she exhales. This would cause the user not to actually get any of the THC into his or her body, which would prevent him or her from getting high.

It’s definitely a possibility that this could cause someone not to get high, especially if he or she hasn’t had any experience with any kind of smoking before.

There’s also a school of thought that says that your body might actually have to be trained to get high. The assumption is that getting high is something that your body learns how to do over time, so the first time you smoke you’ll just get a few minor effects instead of the entire experience.

This is, of course, something that probably needs to be studied in order to determine how true it could be. Your body can respond remarkably effectively to any number of other stimuli without being previously introduced to them – anyone who’s ever gotten a virus can more than attest to that fact.

Even so, though, the ways that your body responds to marijuana does change over time and there might be something to this particular theory. There’s no doubt, anyhow, that many who fail to get high the first time won’t have the same problems later on.

Your Body May Not Allow You to Get High Initially

Another theory goes a little farther – your body really might not want you to get high the first time you try weed. It’s not that your body is passing any kind of value judgement on marijuana, but rather that your body has defense mechanisms in place to make sure that you don’t experience any kind of altered state of consciousness.

Why your body would stop you from getting high this way and not from getting drunk the first time you had too much alcohol is certainly worth investigating, but there are many who buy into this theory. 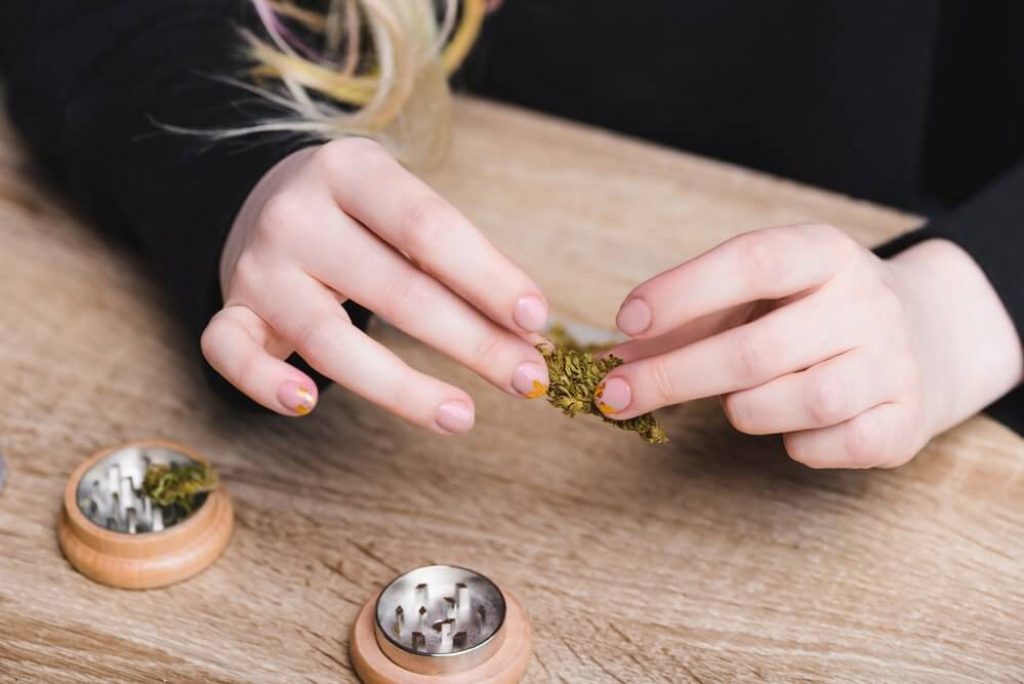 Again, there’s no scientific evidence to back this up but it’s still a popular theory.

The density of CB1 receptors may increase with continued cannabis use.

If you take all of the theories above and combine them, you’ll get this theory which at least sounds a bit more scientific than the rest. The idea here is that your body starts with either fewer CB1 receptors or that your CB1 receptors are simply less densely packed before you start smoking marijuana.

Your body would start to either produce more of these receptors or cluster them more tightly when you actually start smoking, which in turn would let you get high.

Generally speaking, this is an appealing theory because it almost makes sense. Your body doesn’t really have any need for densely clustered CB1 receptors if they aren’t going to actually do anything, so the idea that they lay dormant until needed seems to be easy to swallow.

Once you start smoking, these receptors can start to do their jobs and thus you’ll get the benefits of their activation.

You May Have Bad Weed

Of all of the theories out there, this is one that tends to make the most sense. Given that marijuana has only recently been legalized in most places, there’s a very good chance that not everyone who smokes for the first time is going to end up getting a quality product.

Instead, these furtive first time smokers are going to use whatever they can get their hands on, even if the product they choose isn’t actually all that effective. While this weed might be worthwhile in some other circumstances, it probably isn’t going to end up getting anyone high.

This would, at least, help to explain why some people get high the first time and some don’t. It rely may be as easy as pointing out that some people smoke really good marijuana the firs time they smoke while others are smoking something that just won’t have an effect.

You May Have CBD Flower

CBD flower isn’t bad weed. In fact, it’s a highly sought-after product that many people swear by in order to help them relax or even to get to sleep.

While it may have dozens of really great applications, one thing that it’s not very good at is giving users an intense high. It makes sense, then, that some people who report that they couldn’t get high the first time that they smoked might simply have been using a product that really wasn’t designed to get them high in the first place. 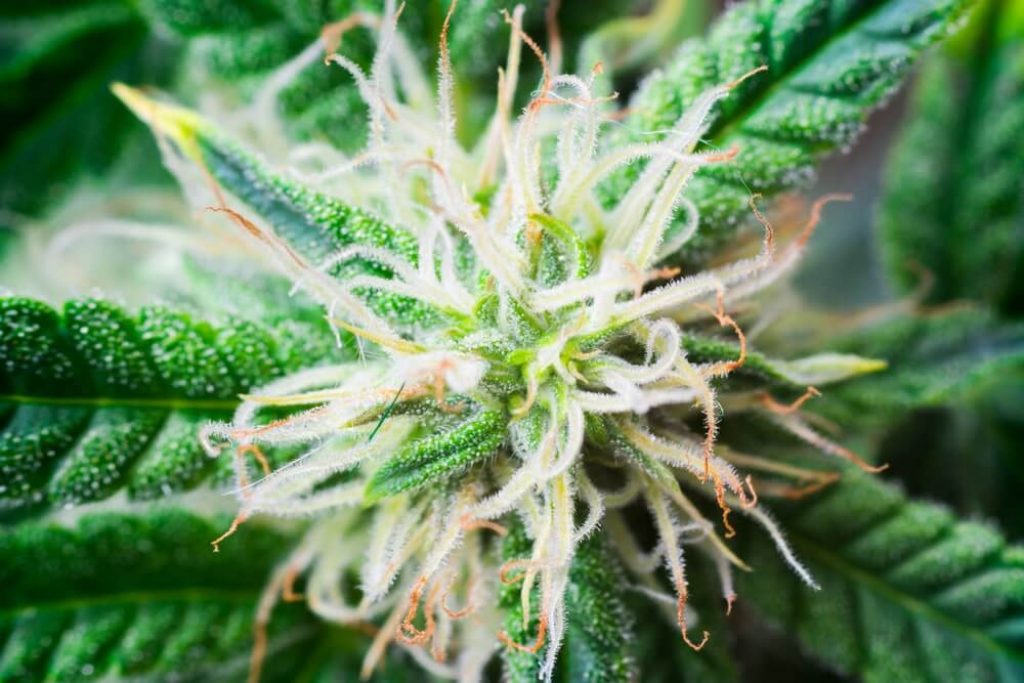 This is again one of those theories that can at least explain why a portion of those who smoke for the first time can still get high. If at least a small number of first-time smokers were dealing with a mild strain that encourages relaxation, it’s not likely that these users would feel like they got high at all.

If you’ve never smoked before and you’d like to ensure that you can actually get high, you’re going to need to relax a bit. In truth, some people just won’t get high the first time and that’s fine. There are, however, steps that you can take that will help make the experience better.

First and foremost, start out by relaxing. This should be a fun experience, not one that’s got to mean something in particular.

Make sure that you work with a friend who you can trust to find the right strain for your first experience and make sure that you have plenty of time to enjoy what’s coming next. Sometimes it’s just easier to get high if you can go into the process relaxed.

In fact, you need to make this experience as relaxing as possible. Try to smoke for the first time when you have nothing else to do that day.

Get some friends who you can trust together, put your phone on silent, and spend some time calming things down. When you smoke, make sure to let the experience linger and take breaks every half hour or so.

It’s hard to say exactly why some people get high the first time they smoke and others don’t. It might be down to biology or just down to what they smoke, but the fact is that this is something that happens fairly frequently.

As such, all first-time smokers are encouraged not to let their first sessions set a bad precedent for their relationships with smoking going forward and to try to enjoy the experience for what it is.

Can You Give Blood If You Smoke Weed?