Can You Smoke Decarbed Weed?

Decarbed Weed – Is It for Smoking or Eating?

Decarbing is one of those processes that’s near and dear to any cannabis grower’s heart, but it’s not necessarily as well-known among those who simply consume cannabis. If you’re looking at it from the perspective of a novice, for example, you might wonder whether decarbed weed is for smoking as well as eating.

Fortunately, a bit of research will help you to figure out exactly how you can use this type of cannabis preparation.

What Is the Difference Between Dried and Decarbed Cannabis?

Before you get started, you’ll need to stop and think about the differences between decarbed and dried cannabis. While there are many people who tend to conflate the two, there is a very real difference in the processes used to make each type of cannabis.

As such, you’ll want to determine which one is right for you when you’re choosing a product to smoke.

Drying cannabis is definitely the more ‘natural’ way to prepare the product. Actually drying out your cannabis is essentially a process that involves curing it over the course of a fairly lengthy period of time – one that’s usually measured in months rather than in days. 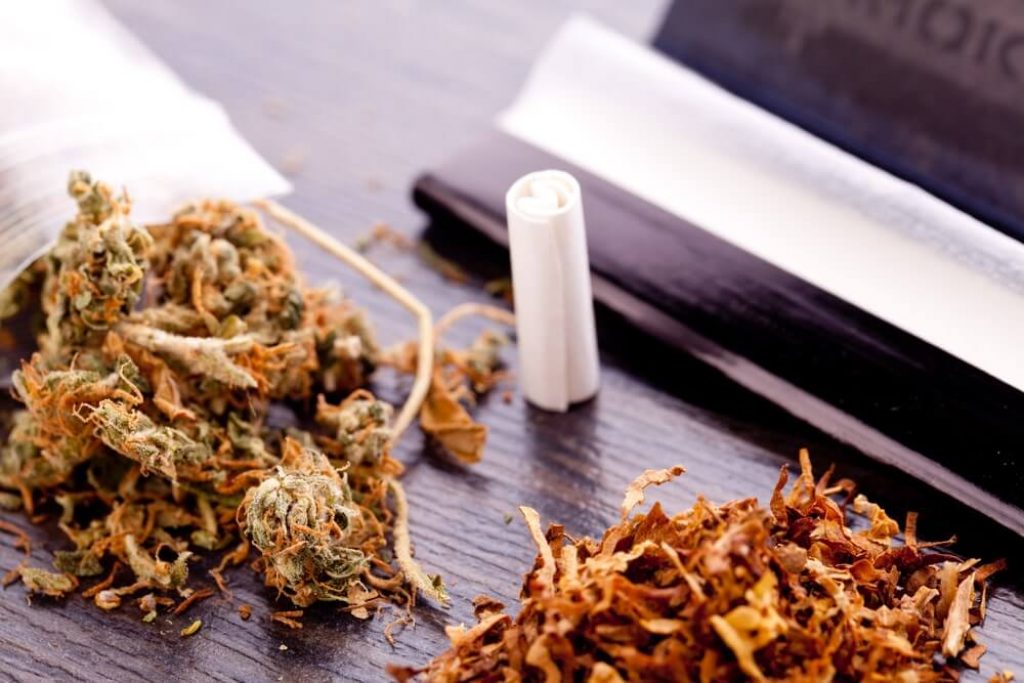 The good news, though, is that drying your cannabis will help to convert the THCA over the wet cannabis into THC, though this process will almost certainly be impacted by the conditions in the area in which you are drying the product. Dried cannabis may be dryer than cannabis that is recently harvested, but it does contain moisture and thus doesn’t last quite as long when stored.

Decarbing (or decarboxylation) is similar to the process of drying in that it both removes moisture from the plant product and that it helps to convert the THCA in the product into THC. Decarbing, however, is a process that requires much more human intervention.

Instead of letting the plant dry out naturally, you’ll expose it to heats of around two hundred degrees Fahrenheit for thirty to forty-five minutes, removing significantly more moisture from the product while activating much more THC. Because almost all of the moisture that was in the plant has been removed by this point, decarbing also makes it easier to store your weed over the long term.

One of the major old wives’ tales about smoking weed is that smoking decarbed marijuana is a more potent experience. Ranking up there with the idea that smoking pot can bar you from giving blood, this is also one of those stories that’s not quite true.

In fact, smoking decarbed weed is usually a less pleasant experience overall because it’s drier and has a tendency to crumble if it was overcooked – a problem that can definitely be exacerbated when you expose the product to more heat.

This makes for more potent weed even if the end product doesn’t end up getting decarbed, so put your faith in curing if you’re really looking for a more potent experience.

While you now know that decarbed weed probably isn’t the best product out there to smoke, you might not know quite as much about what kind of weed you need to be ingesting. When you’re looking at edibles of any sort, the preparation of the cannabis within is going to be a major concern.

As such, it’s vital that you take some time to look at the differences between consuming fresh cannabis, dried cannabis, and decarbed cannabis to maximize your experience the next time you make edibles.

Raw cannabis can be considered the best type of cannabis to consume for some, but not for those who eat the product in order to experience any kind of intoxicating effect. Instead, raw cannabis is much higher in THCA, which means that it does a great job of helping with issues like inflammation. 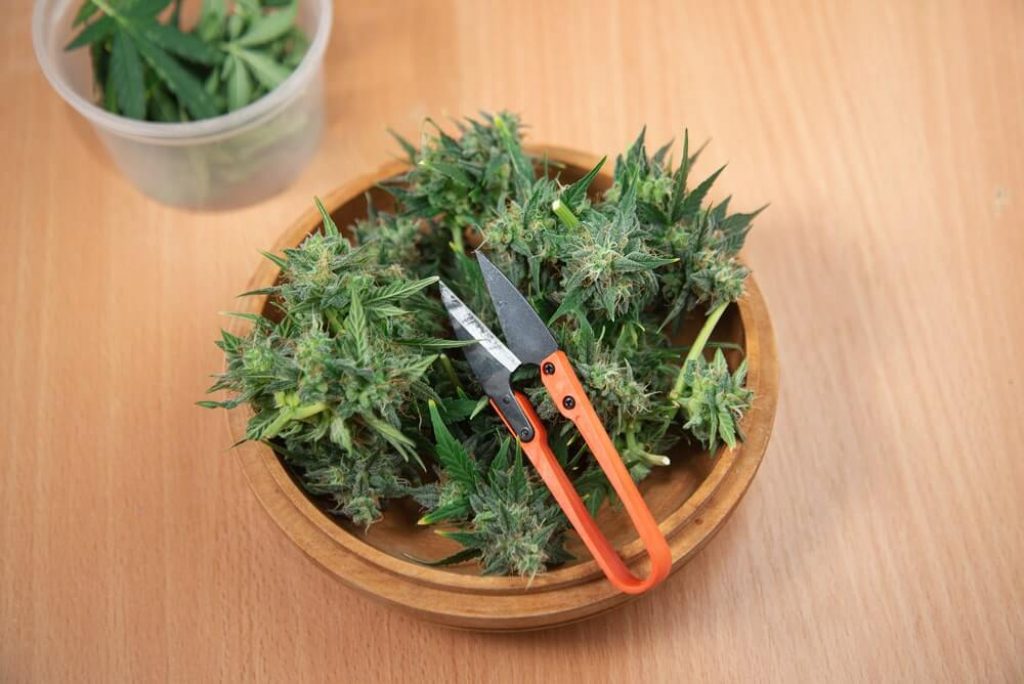 This means that you’ll be consuming a product that has almost of all of cannabis’ medical benefits with very few of its side effects, making it an ideal product for anyone who is more interested in the health applications of cannabis than its entertainment value.

Dried cannabis is the product that you want to look for when you’re trying to get a little bit of everything. Since you’ve dried out the product, you’ve managed to convert an awful lot of the cannabis’ THCA into THC, which means that you’re going to get an intoxicating effect that can end up being quite potent.

At the same time, though, the remaining THCA is also going to help to give you some of those medical effects that makes medical marijuana so popular. Though it’s not necessarily the most potent form of marijuana to ingest, it is the form that will have the widest range of impacts on your body.

If you’re going to pick a perfect type of cannabis to ingest, it’s definitely going to be decarbed cannabis. This is the form of the plant that’s going to end up being the most potent in an edible simply because you’ve converted virtually all of the THCA in the plant into THC.

Why Do Some People Claim That It Is More Potent?

Some people claim that decarbed marijuana is more potent than dried marijuana because they are ascribed the benefits of a good curing process to the act of decarbing. Though decarbing is great at bringing out THC, simply knowing how to properly cure your marijuana is the best way to make sure that it is more potent.

Can you get high if you smoke decarbed weed?

You can absolutely get high when you smoke decarbed weed. After all, decarbed weed has more activated THC, which means that you’ve got more of the ingredients available to get you high.

The real problem, though, is that decarbed weed is very dry and can tend to go to powder when it’s handled without much care – a real problem that can make it impossible to smoke the product. As such, it’s generally better to amend the statement to say that you can definitely get high if you actually manage to smoke your decarbed weed.

What are the benefits of smoking decarbed weed?

The biggest benefit of smoking decarbed weed is that it has a higher THC content than either raw marijuana or cured marijuana. It’s definitely much harder to handle than marijuana that is properly cured, but it can still be very useful.

For many, the most important part of decarbing is the fact that it makes it much easier for the owner to store marijuana over the long term. Since virtually all of the moisture has been removed from the product, you won’t have to worry quite as much about mold growing within your container.

What Can You Do With Decarbed Marijuana?

You can do pretty much anything you can do with any dried weed. You can not only smoke it, but you can use it to make salves, powders, tinctures, and oils.

You can also cook with decarbed weed, which takes advantage of the fact that the product is actually very easy to grind up and use in various recipes. In fact, decarbed marijuana is definitely recommended for any process where you want to make sure that it’s ground into a fine powder, as the lack of moisture in the decarbed weed makes it perfect for this role.

Can you smoke decarbed weed? Absolutely. It’s not necessarily going to be any more potent than cured marijuana and it probably won’t give you any kind of special experience, but it’s definitely still something that’s smoked by many.

If it’s important to you to be able to store your weed for weeks at a time, you might want to consider switching over to decarbed weed as a matter of course. Even better than smoking is using this form of cannabis in edibles, though, as its physical and chemical properties make it ideal for anyone who is looking to add a little more kick to their recipes.

Can a Dentist Tell If You Smoke Weed?

Can You Smoke Dry Weed?