You meticulously followed all the steps to start your own weed growing operation, and you successfully harvested multiple batches. In no time at all, you had jars and jars of quality product, so much so you lost track of where it was all stashed.

No matter, right? You were having fun and you made a lot of new friends in the process. Too bad nobody told you what to do if after a handful of years you discovered one of those long-lost jars.

What To Do With Old Weed Discovered After Years?

Even occasional users can lose track of their weed. It gets stuffed in a drawer or in the back of the freezer.

Or it slips down between the couch cushions. Out of sight, out of mind as they say.

If after several years you suddenly discover it, whether or not it’s worth smoking will depend on its condition.

To Smoke Or Not To Smoke?

How desperate are you? If getting a mild high as opposed to the full effects is better than nothing, you may consider smoking that old weed.

If it’s not the best, it still won’t make you sick like a macaroni salad made with mayonnaise left outside in the hot sun. Still, it may be a bit harsh on your throat.

Just be sure to check your weed thoroughly for signs of mold or mildew. Mold or mildew will look like a powdery white mass. 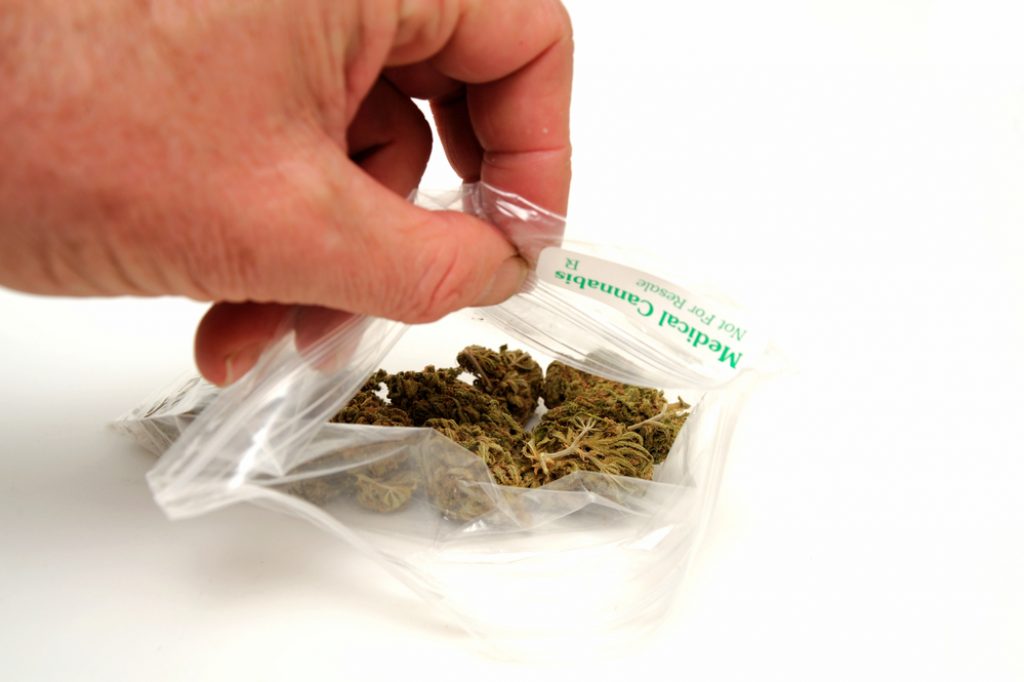 Pull your buds apart and look for spores and white spots. Your buds may also be infected with bud rot, a type of mold that grows in a bud’s core.

If you find spores, or white spots, or signs of bud rot, then you’ve got mold and it’s not worth smoking.

If your weed smells like mildew or urine, that’s another sign of mold and a reason to toss it. Smoking moldy weed can cause intense coughing at best and serious lung infections at worst. No high is worth that.

How Long Does Weed Stay Good For?

Here we assume you are asking how long weed will stay at full potency. The fact of the matter is, aged weed is not the same as aged wine.

Eventually, the cannabinoids and terpenes will degrade, and as they do, the aroma, taste, and potency will degrade with it. If you want the full effect, you’ll probably want to stick with marijuana that is no more than six months old, assuming it has been stored in a sealed glass container, out of sunlight, and in a cool dark space.

If stored properly, weed can last for as many as ten years or more. And while it may not have the exact same potency, you may still get an awesome high.

Changes In Effect To Weed Over Time

Terpenes oils are usually the first things to go by the wayside as weed degrades, and you’ll notice that loss by the disappearance of the skunky smell you have come to know and love. Aroma, as you may know, has a strong connection to taste, so weed that has lost some of its terpenes to evaporation, won’t taste nearly as good.

Next to go is your weed’s potency. Exposing it to heat, light, and oxygen over a period of time will end up converting the high-creating THC into CBN. CBN is less psychoactive than THC and has a tendency to make users feel more relaxed and drowsy.

That’s not necessarily a bad thing, of course, but if you count on getting a good high, you’ll want to use a fresher weed source.

Do Weed Brownies Get Old?

You’ve got this great pot brownie recipe, and every time you whip up a batch, they come out just like mother used to make them….mmmmmm….. so good! Still, the munchies don’t last forever, and sometimes there are going to be leftovers.

When it comes to use-by dates, weed brownies are no different than any other baked goods. If you leave your homemade batch of pot brownies on the counter in a sealed plastic container, they should last on average around five days, maybe a little less. 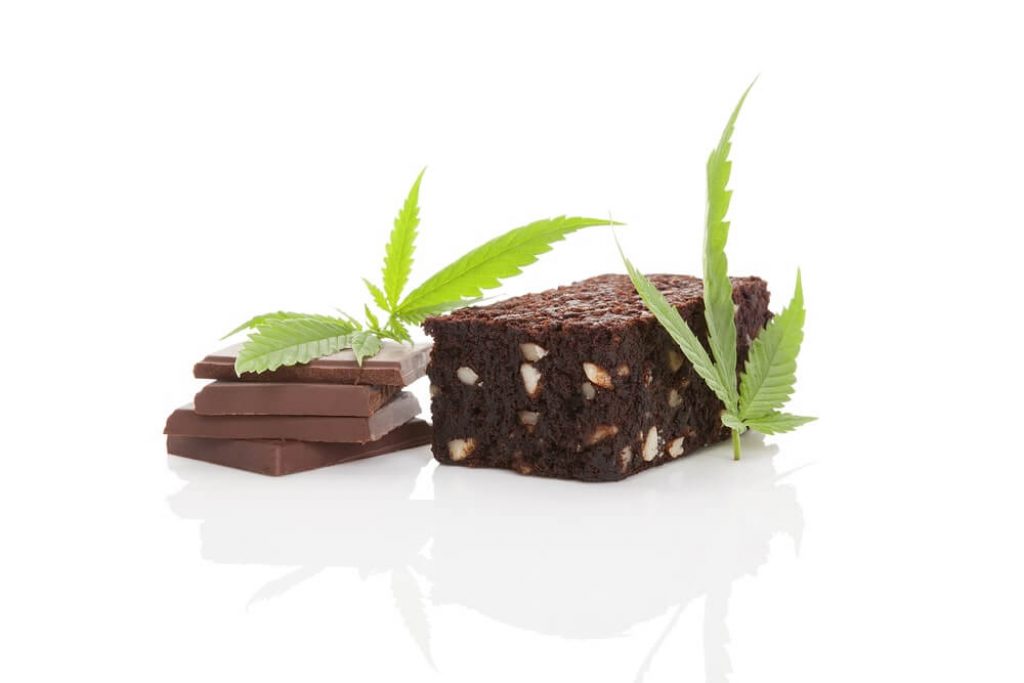 This last mode of storage should also help preserve the cannabinoid content.

If you’ve had pot-infused goodies on the counter, in the fridge, or in the freezer for quite some time and are unsure if they are still safe to eat, check the product for signs of mold and toss the whole batch if it exists. If they smell bad, or if you take a bite and the taste is a bit funky, toss them out as well. It may be disappointing but it’s not worth getting sick over it.

If you buy commercially-made pot brownies, these should come with a best-before date. You can follow the same common sense storage practices and safe-to-eat rules with store-bought brownies as you would with homemade ones.

Just don’t tell Mom you didn’t use her recipe.

5 Ways To Use Old Weed

1. Turn Your Old Weed Into Edibles

If you suspect the THC content of your old weed is past its use-by date, you can still use it to create a cannabis-infused butter, aka cannabutter, to make your favorite cookie or brownie recipe.

What a bummer to discover an old baggie with old, dry weed. You hate to toss it out. There’s got to be something still good in there!

You can discover that hidden treasure by dry sifting your old weed using a series of finely meshed screens to mechanically remove the resin glands (trichomes) and cannabinoids from the unwanted cannabis plant material. It takes a little patience, but you also get the opportunity to master a whole new skill.

Heating your old weed to just below the burn point will release a pure and clean vapor but without the unpleasant smoke toxins. It may be worth a try, but keep in mind that old weed will likely have lost most of its terpenes meaning it won’t have that great an aroma or taste.

4. Turn It Into Concentrate

You can make a concentrate by beating, rubbing, or pressing trichomes to make a kief, which can be sprinkled onto flowers to increase their potency or be rolled into moonrocks for a special treat.

Put your dried-out buds in a tightly sealed glass jar along with a couple of humidity packs. If you don’t have the packs, you can substitute pieces of orange, lemon, or apple peel.

Your weed should absorb the moisture from the peels and start to perk up. Just be careful not to leave the peels in too long–no longer than a day–as fruit tends to get moldy pretty quick, and you don’t want to end up with moldy buds.

How to Keep Weed Fresh for Longer

If you’ve been growing for a while, you’re probably familiar with the different ways to bring a crop to harvest. You can grow indoors, outdoors, and you can even start a crop indoors, then move it outdoors.

You can grow your plants in soil, in hydroponics, or aeroponically.

But while there’s a number of different ways to grow, how you store your weed once it’s harvested is the same for all types. Your weed has the best chances of staying fresh if you store it in tightly sealed glass jars in a cool, dry location away from direct sunlight.

If you’ve made the mistake of storing your weed for some time in a loose baggie, chances are it may have begun to experience terpenes degradation. You’ll know because the aroma will not be nearly as strong.

And where the aroma is degraded, so also will be the taste.

However, if it’s not too far gone, you may be able to rejuvenate it some by moving it into a glass container. As noted earlier, you can help rebuild its moisture by tossing in a bit of orange or apple peel, which will add a little fruity zest to your smoke.

If that doesn’t sound appealing, try mixing in some fresh weed with the old stuff. That can also help.

So, Can You Smoke Old Weed?

Well, friend, that’s up to you. If it’s free of mold and mildew, you won’t get sick, but you won’t likely get that great high you were looking for either. And you might get a bit of a sore throat too.

Still, if your goal is to chill a little, it may just hit the spot. So, hey, why not!

Can You Get High the First Time You Smoke Weed?