Can You Smoke Shrooms with Weed?

You’re the inquisitive, adventurous type–always with the questions! It may even be the reason behind why you tried marijuana in the first place. Maybe you’ve asked about how much weed should be baked into a typical brownie recipe.

Maybe you’ve inquired about what happens if you smoke old weed. Of course, you’ve heard about shrooms.

And now you’ve got questions about mixing the two together. The big question is, should you?

Shrooms, also called magic mushrooms, are the hundreds of species of mushrooms that produce psilocybin, a prodrug that is converted by the human body into the psychoactive chemical psilocin. They are recognizable by their long, white stems and golden yellow caps.

Mushrooms that produce psilocybin are classified as a Schedule I drug in the United States, making them illegal to ingest in all fifty states. However, the possession of magic mushrooms has been decriminalized in several U.S. cities.

Can You Smoke Magic Mushrooms?

Technically, you can, but it would hardly be worth the effort. Psilocin loses its potency under exposure to heat.

If your reason for trying magic mushrooms is to experience a hallucinogenic trip, then you’ll want to ingest them. What’s more, shrooms have spores which if smoked could get caught in your throat and cause discomfort. And that won’t feel good at all.

Since most people ingest rather than smoke shrooms, it’s hard to give a definitive answer. Anecdotally, users who have crushed or ground dried mushrooms and smoked them have said the trippy experience was either less strong or even non-existent.

Magic truffles are actually the part of the shroom that grows under the ground. For those who take magic truffles, the experience is one of a bodily high.

It is common for users to experience audio and visual hallucinations, changes in perception and feelings of intense euphoria. Taking magic truffles can bring on synesthesia, a neurological condition where information meant to stimulate just one of the senses, stimulates several causing them to become intertwined. 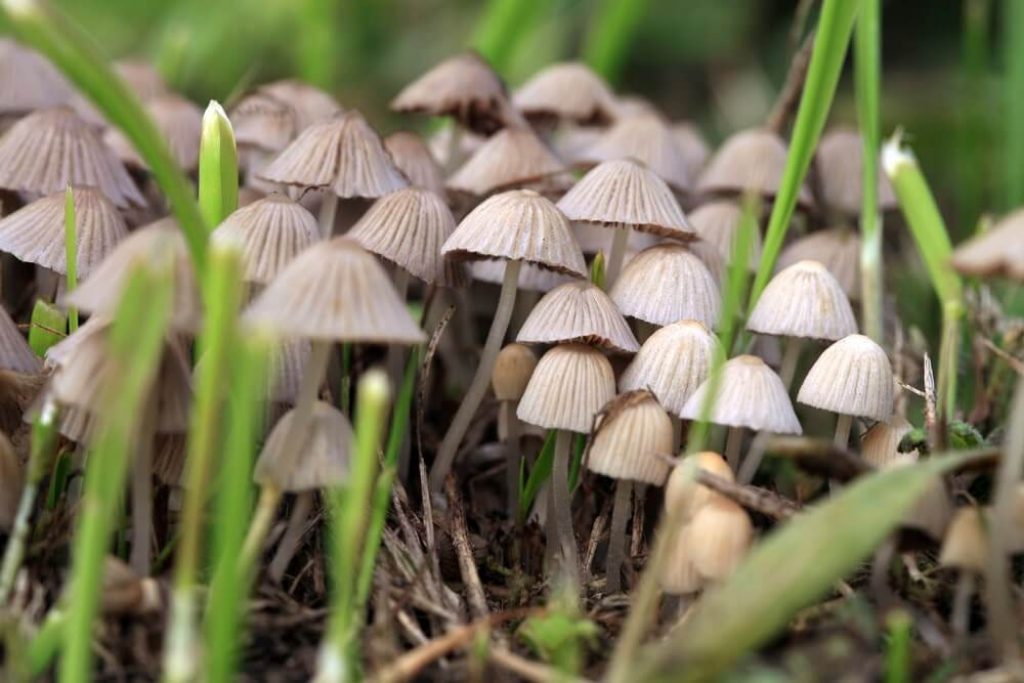 For example, one might recognize colors as having certain tastes or shapes. Some people claim to have had spiritual experiences from ingesting larger amounts of magic truffles.

Marijuana, on the other hand, as a cannabinoid is recognized as mostly a downer even though certain strains with higher THC content–and these are mostly Sativas–tend to create more euphoric results. Indicas, which contain more of the relaxation-inducing CBD cannabinoids, are more closely associated with downers.

So what happens when you mix the two? Many say their trips become more intensified and that hallucinations are even stronger. Others say weed allows the user to relax better during the comedown from a magic mushroom trip.

Will that be true for you? Or will your trip turn out frightening instead?

Will marijuana take the edge off the anxiety one sometimes feels in the lead up to a hallucinogenic high? Or might it make you throw up?

Whatever your experience may be, it’s best not to go it alone and instead have a trusted friend by your side when you take the dive.

Everyone’s experience is different, but they tend to revolve around a few key variables. Let’s explore them.

Everyone’s tolerance for a substance is different. A single beer might have no effect on one person, while it may make another feel loopy.

Much like Goldilocks and the Three Bears, if you’ve been smoking weed for a while, you know how much is too much, how much is too little, and how much is just right. If you’re going to try adding magic mushrooms to the equation, don’t exceed your usual tolerance level on the weed side.

Have you ever asked yourself, “Can you smoke weed while on antibiotics?” There’s a reason why most people don’t combine different drugs.

Our bodies react differently to each of them and we don’t always know if the results might be detrimental to our health. The more cautious among us would probably advise against mixing the two, but if you’re going to try it anyway, it’s best to approach things gingerly. 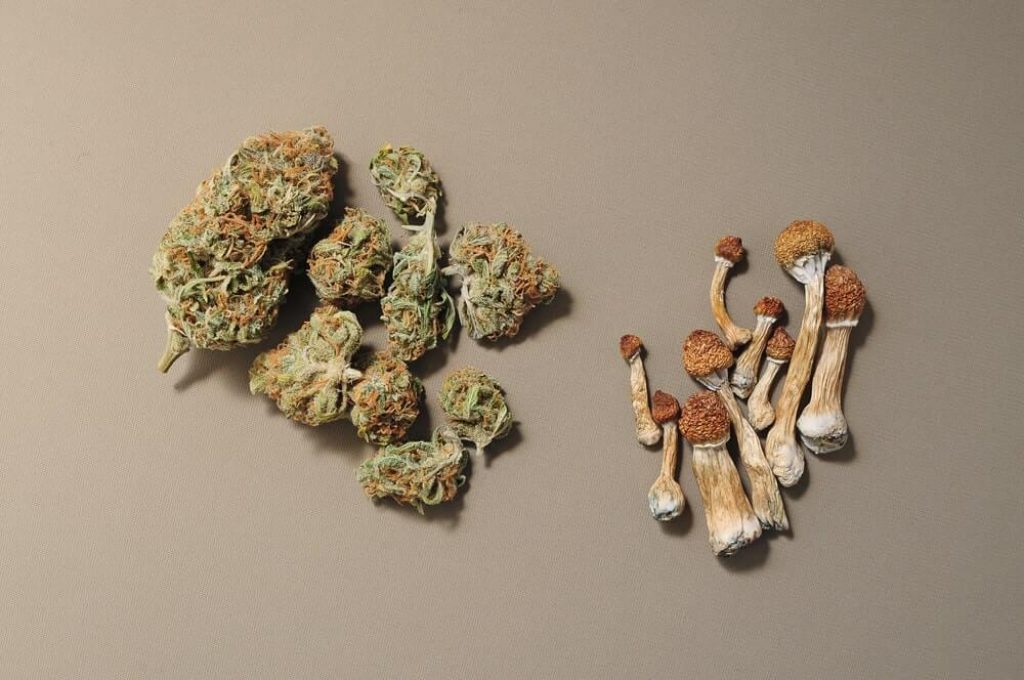 Shrooms are going to play the larger role in a mixed experience, so for your first time especially, keep things in moderation with a dosage on the low side. You can always go bigger as you gain more experience.

Timing – Before – During – After

Exactly when you smoke weed in addition to ingesting shrooms is equally important. In any shroom/weed mix, marijuana is going to play a supporting role.

Shrooms are known to provide the user with an intense, euphoric, out-of-this-world experience, but they are not unknown to also bring on negative thoughts. And because, like weed, shrooms tend to suspend the sense of time, one may feel those thoughts going on and on and on.

Some people have claimed that if they smoked weed prior to ingesting magic mushrooms, particularly Indica strains, that the anxiety they normally experienced on their journey up toward a high was softened, as were any feelings of nausea.

This allowed them to enter their high state more easily and to enjoy it more fully. There are some who mix marijuana during the experience, but often because there is less desire to smoke during this period, they opt for edibles.

However, others have found that a smoke of a Sativa strain intensifies a mushroom trip.

However, the addition of smoking weed to a mushroom trip is most commonly done toward the end of the experience as the intense hallucinogenic experiences begin to wane. For the user, often this provides the feeling of an extension of time where they can savor the experience a bit longer.

There’s nothing wrong with a little exploration, but you should never want to travel so far that you can’t get back home to earth.

While it’s best not to mix mind-altering drugs–and shrooms and weed both fit into that category–if you do give it a try, proceed with caution. Be keenly aware of your tolerance, dosage, and when you think it best to add a smoke to the equation. And keep a close friend beside you on standby.

If you do decide to go forward smoking weed with shrooms, here’s hoping you enjoy a wickedly delicious trip.

Can You Smoke Fresh Weed