How Much Is Too Much?

The National Institute on Drug Use, a government agency that tracks such information, notes that no clear causal relationship has yet to have been established between using marijuana and overdosing on it. But that’s a far cry from saying it’s harmless to smoke or ingest in large quantities.

High doses of THC can cause a variety of very unpleasant symptoms including extreme confusion, paranoia, rapid heart rate, severe vomiting, and even hallucinations. However, how much is too much is different for everyone.

Lethal dose (LD) is a measurement applied to all consumable substances and it is calculated on body weight. Because too much of any one thing can be lethal–yes, even carrots–there is an LD calculation for just about everything.

LD calculations are also based on how a substance is consumed. For example, heroin that is snorted has a median LD of 50mg/kg, but a a much lower LD of 0.02g/kg if injected.

In case you’re wondering, the LD for cannabis is significantly higher.

In recent years a fair number of marijuana strains have been developed to produce higher THC content, the cannabinoid in weed that causes that euphoric “high.” In addition, more people are getting high smoking or vaping cannabis concentrates which also have higher levels of THC.

Read any article about the effects of cannabis and scroll down to the comments section, and you’ll find anecdotes from regular users who smoked too much sharing experiences of racing heartbeats, tremors, and whiteouts. It’s more than a little scary.

But there are some severe symptoms too:

A heartbeat that is too fast, too slow or irregular is called a heart arrhythmia, and sudden rapid heartbeat and high or low blood pressure are symptoms that sometimes occur after using marijuana.

A 2018 study published in the International Journal of Clinical Research and Trials took a closer look at 27 subjects, about four out of five whom were young males, who experienced marijuana-associated arrhythmias. A total of 48 percent experienced either atrial or ventrical fibrillation.

The group also experienced an 11 percent mortality rate. Concerns about a connection between marijuana use and arrhythmias are well founded as many cases have been reported. 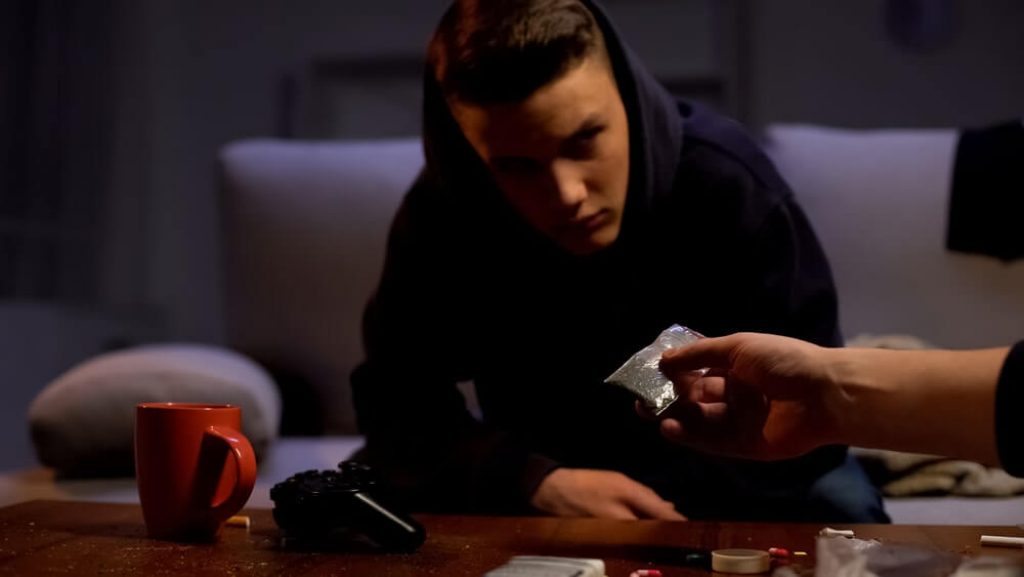 However, it should be pointed out that association is not the same as causation. Some doctors argue that heart disturbances due to marijuana use are underreported.

Marijuana is a controversial topic, and there continues to be concerns that analysts and researchers may cherry pick study results one way or the other to skew in favor of their preconceived notions about its use.

Episodes of mental illness are no laughing matter. They can include hallucinations, delusions and extremely disturbing thoughts.

While there is agreement in the medical community that a relationship certainly exists between heavy marijuana use and psychosis, not everyone agrees on the connection. Does marijuana use cause psychosis?

Or does the onset of mental illness lead some to try to self medicate with it? These are some of the questions states are grappling with as more and more consider legalizing marijuana for recreational use.

A 2014 study on 121 subjects between the ages of 21 and 50 found that intravenous-administered THC increased paranoia, negative thoughts, worry and depression in vulnerable individuals.

While we don’t know everything, what is clear is that severe marijuana intoxication can result in short-term psychotic symptoms with some evidence that the more potent the strain, the greater chance for risk. In some cases these symptoms can persist long after THC should have been metabolized in the body.

There is also some evidence that the link between marijuana use and psychosis may be stronger with younger users.

In some ways, this symptom is a bit of a paradox. Cannabis, after all, is often prescribed for cancer patients going through chemotherapy as it helps reduce feelings of nausea.

Nevertheless, uncontrollable vomiting can and does happen with some users, though more often with those who are chronic users.

How To Handle It

Pepper lemonade anyone? If you’re experiencing a paranoia episode from marijuana, believe it or not fixing yourself a nice glass of lemonade sprinkled with pepper can help ease the symptoms.

That’s because lemons and pepper both have terpenes which are proven to lessen THC effects.

Beyond that, and with any symptoms, it’s important to stay calm. It can help to play soothing music, take a nap, or a shower, or take a relaxing walk.

Be sure to hydrate. Stay with someone you trust while you ride out the symptoms.

THC gets into the bloodstream fairly quickly when smoking or vaping marijuana. It takes a lot longer with edibles.

Because it takes longer for the effects of THC to kick in, it is far easier to think the product being consumed isn’t all that potent and then overdo. Common symptoms from an edible “overdose” are fatigue, shaking, increased heart rate, low blood pressure, and paranoia.

Additionally, as more states have opened the door to recreational marijuana, there have been an increasing number of cases where little hands have gotten into pot-brownies, gummies, and other goodies left carelessly on a counter. As with any adult-only product, extra caution should always be taken.

Dealing with symptoms caused by over-ingesting edibles is the same with smoking too much marijuana. Stay calm, rest, hydrate, take a shower, or take a walk.

Oh, and you can chew on a black peppercorn too! Keep someone you trust close by to monitor the situation.

Is It an Emergency?

Statistically there has been a huge increase in emergency room visits for overdoing it with marijuana, particularly in states where its use has been legalized.

According to Dr. Larry Bedard, former President of the American College of Physicians, most marijuana users who show up in the emergency do so as a result of a panic attack. They may be new to using marijuana or have used it before without any negative experiences and think they are far worse off than they really are.

Often they are given a sedative to calm down.

Most reactions don’t require an emergency room visit, but there are a few situations where it’s best not to take chances. Certainly in the case where a child has ingested marijuana-laced products, a trip to the emergency room is warranted.

Additionally, if a marijuana-induced psychotic episode causes those around you to believe you may be a danger to yourself or others, they should take you to the hospital. If it appears marijuana is interacting negatively with other drugs in your system, that’s also cause for a trip to the emergency room.

Looking to Avoid a Bad Reaction in the Future? – Tips

Tolerances for marijuana vary just as they do for any substance. A larger person with more body fat may not experience effects as heavily as someone who weighs less.

A full vs. an empty stomach may impact a reaction as well.

Whether you’re new to marijuana or a regular user, it’s important to know your limits. If you’re trying a new and unfamiliar strain, go lightly on it.

Give an edible a few hours to see the effects before trying another. And don’t mix your usage with other substances. Alcohol especially can increase the concentration of THC in the blood.

While there is no evidence that smoking or ingesting too much weed can cause a fatal overdose, abuse of marijuana in any form can still cause serious problems. Additionally, because marijuana comes in different strains and forms and varying potencies, it’s especially important to be cautious when trying something new.

The bottom line is that, like any recreational drug, marijuana should be used responsibly. And that includes keeping it out of the reach of younger persons and those who should not be otherwise exposed to it.

Can You Smoke Shrooms with Weed?