One of the biggest concerns that new smokers have about smoking marijuana is how it’s going to interact with everything else that’s in their systems. It’s never a bad idea to worry about your health, of course, and understanding that the way that marijuana can impact your body might change due to anything else you’re taking is smart.

While there are a great many substances can peacefully coexist with cannabis, there are also some that do not. As such, it’s always a good idea to look at whether you can smoke weed when you’re already taking something like Accutane.

Is Smoking Cannabis On Accutane Recommended?

Let’s go ahead and get a few things out of the way – you’re probably not going to find a doctor who is going to recommend adding marijuana to your daily Accutane doses. While some of this can definitely be chalked up to the fact that there are still a fair number of doctors who are unfairly prejudiced against cannabis usage, the more honest truth is that few doctors are going to recommend that you mix any kind of medication with anything else.

The other thing to get out of the way is that there’s very much a difference between something being recommended and something being permitted. While your doctor probably isn’t going to encourage you to go out and smoke weed just because you are taking Accutane, you should still take some time to talk to your doctor if you feel like he or she will take your questions seriously. 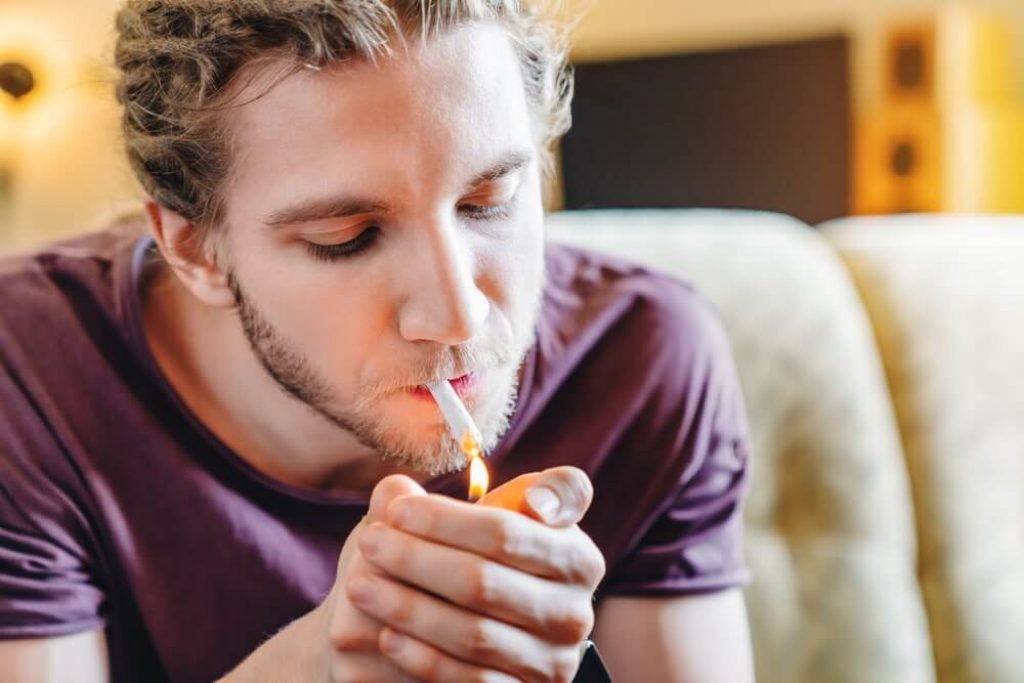 This can be a great way to take care of your own health and to learn more at the same time.

Finally, you’ll need to remember that legal marijuana is still a relatively new phenomenon, so there’s still not quite as much legitimate medical evidence as one would like. There’s anecdotal evidence, of course, and relatively few studies done that are going to help you figure out this question one way or the other.

As such, it’s a good idea to gather as much information as you can so that you’ll know whether or not your cannabis usage is something that’s going to have any kind of negative effect on you if you start to take Accutane.

All of the information here is fairly useless if you’re not at least a little familiar with Accutane. This medication is a fairly powerful oral medication that tends to be used to treat very severe cases of acne.

Most commonly used by teens, it’s one of the more significant tools in a dermatologist’s toolbox.

Accutane is almost never a first-choice treatment for acne. In fact, it usually only gets used in two situations – those in which acne is likely to cause major permanent scarification and those in which a patient’s acne isn’t really responding to other standard treatments.

Even then, this isn’t a lifetime prescription – most people who take Accutane take it for somewhere between four and six months.

Accutane is very effective, though. Over half of those who take this drug will be free of their acne problems after their first round of treatment, while the number of individuals who actually have worse acne after taking Accutane isn’t even statistically significant.

This is a fairly powerful drug that is definitely taken very seriously when it’s prescribed, but it’s also one that can have an incredible impact on the lives of those who need to take Accutane.

Oddly enough, Accutane is a drug that already comes with a very specific warning. One of the many ingredients in the product is Vitamin A, which by itself is absolutely a good thing for your body.

It’s not something that you should have too much of, though, so taking any kind of Vitamin A supplement is contraindicated with this medicine.

Why does this matter? Simply put, it shows that even an all-natural substance can have its downsides, something that you need to keep in mind before you start thinking about mixing any kind of cannabis product with any kind of medication.

In best-case scenarios, Accutane doesn’t have that many negative side effects. Sure, the significant amount of Vitamin A in the product is something that definitely needs to be monitored, but even then you’re looking at relatively minor issues when taking this medication.

You might end up with a dry mouth or skin, for example, or even chapped lips. Some people even report having mild nosebleeds, but nothing here is really outside of the realm of normal side effects for any kind of acne drug.

One of the reasons that so many dermatologists are very loathed to prescribe this drug is because it does have a slight – but still important – chance of making patients who take it more depressed. In fact, this increased level of depression is even linked to an increase in suicidal thoughts. 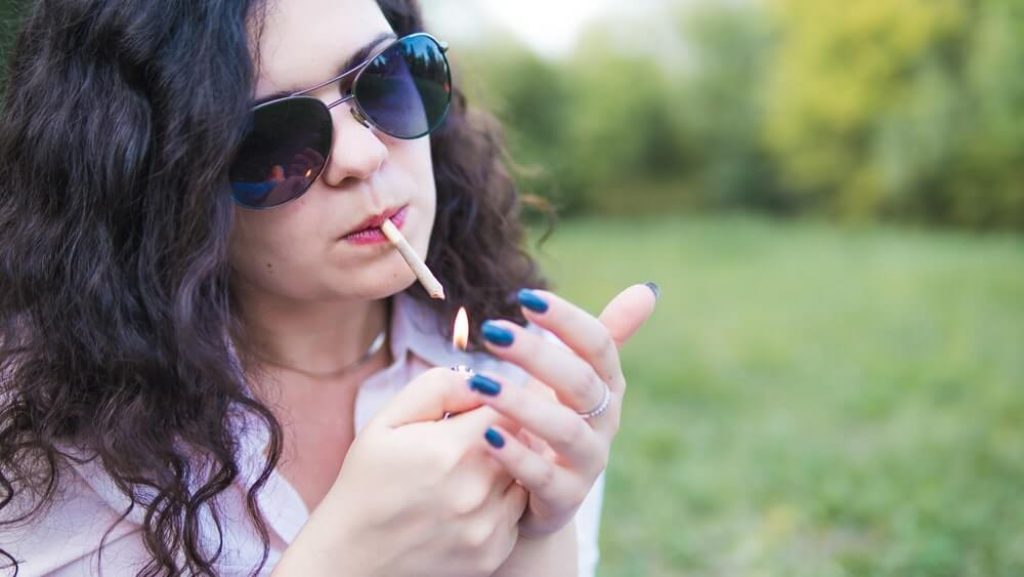 This certainly isn’t something that’s common – ninety-nine percent of all users aren’t going to encounter this problem – but it is one of the big reasons why dermatologists are very careful about prescribing this kind of drug to its primary target audience of teenagers.

The scariest side effects, though, don’t actually happen to the patient who is taking Accutane. Instead, Accutane has been linked to some fairly severe birth defects – an issue which makes it impossible for a dermatologist to prescribe this drug to anyone who is pregnant.

In fact, it’s even recommended that anyone who does take Accutane should also take birth control, as the potential for birth defects is that serious.

Accutane also has a litany of possible but unlikely side effects. Blood clots are possible, which could lead to potential strokes.

Likewise, issues with liver functionality have been rarely seen. There are also a host of other scary-sounding but very unlikely issues, all of which work together to prevent this drug from being a first choice.

Accutane and Weed’s Side Effects

Given that there are so many different side effects that can come just from using Accutane on its own, it does make sense that many people would fear adding any kind of cannabis product to the list. While you could probably let your mind go wild with speculation on this one, there’s probably one incredibly scary phrase that actually sums up the nature of the interactions between cannabis and Accutane:

Are There Any Scientifically Proven Side Effects?

There really aren’t any studies that specific look at the relationship between Accutane and marijuana. Given that marijuana is still illegal on the federal level, there’s just not enough incentive to take the risks necessary to study the interactions.

The only real study we have available doesn’t show any side effects. It’s relatively well-regarded by both sides of the marijuana debate, though there is one study notes that there could possibly be some side effects that we just don’t know about.

Once again, we’re looking at a place where a lack of knowledge about cannabis products really has the potential to cause harm.

So, what do doctors say? It really depends on how they feel about marijuana. If your doctor is neutral on the subject, he or she will tell you that there’s no known interactions but that you should carefully monitor how you feel after smoking and that you should stop smoking if you experience any negative side effects. 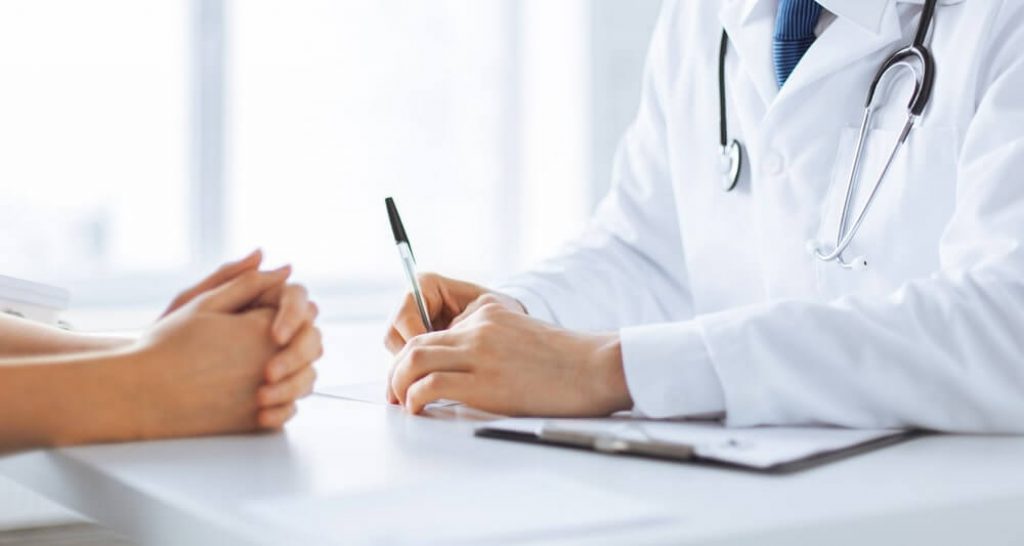 If your doctor is anti-pot, though, you’ll likely be warned that there are some potential interactions that might make you want to rethink lighting up.

The big benefit is that marijuana doesn’t tend to interact with drugs in a serious way. You might get a little sleepy, but you’re not going to be in serious trouble.

You might want to consider being a little more careful the first time you smoke but there’s really nothing too bad to worry about in terms of side effects.

The big downside is that you’re looking at a major unknown. While the lack of studies that show bad side effects can make you braver, it should also make you stop and think.

A lack of information doesn’t mean a lack of problems, so you really don’t know what’s going to happen if you decide to keep smoking once you start your Accutane prescription.

Can you smoke weed on Accutane? There’s nothing that says you can’t, but there’s also no evidence to show that it’s totally safe.

Instead, it’s one of those situations in which you’ll want to be careful and pace yourself just to make sure that you are safe. The lack of information here is very annoying, of course, but it’s sadly par for the course with many marijuana-related topics.

The good news, though, is that those in states where marijuana is legal really won’t find any barriers to smoking even after they are given their first doses of Accutane.