Marijuana Seeds: Why Are They There, and Should You Smoke Them?

As any good marijuana enthusiast knows, marijuana is a plant. As such, it relies on seeds for reproduction.

Seeds are a natural part of a plant’s life cycle, of course, and they’re something which with any plant growers has to learn to deal. If you’re growing cannabis, seeds can be an incredibly useful tool that will help you to grow more crops and increase your yield.

If you’re simply a consumer, though, you might wonder if they have any particular use for you.

The question of whether or not marijuana seeds are smokable is more natural than you might think. After all, it does make sense to think about consuming all parts of the plant and the seeds are usually readily available.

To understand more about whether or not the seeds are actually useful to you as a consumer, though, you’re going to need to learn more about the plant in general.

Not all marijuana plants contain seeds. While you might not have learned much about this in biology, plants like marijuana actually have sexes.

Each plant has a different role to play in marijuana reproduction, so only some plants actually have seeds.

If you’re a grower, you’re probably deeply familiar with the problems that can be caused by hermaphroditic plants. This plants have both male and female reproductive capacities, so they can quickly turn a harvest from a great yield to something that’s a bit more like wild cannabis – that is, a plant designed to make more plants rather than to be consumed.

Male flowers aren’t particularly great for most users, either. These plants don’t flower, so they don’t have the ability to produce the kind of buds that are rich in the chemicals that make marijuana so desirable.

Instead, these plants produce pollen, when can then cause the presence of seeds in even those areas that you don’t want them in. This means that you’re generally going to end up looking for female plants, but that you may have to deal with seeds during that process.

So, why might you find seeds in your nugs? Simply put, it’s because somehow pollen made its way from a male plant to your female plant.

From there, a seed was grown. It’s not necessarily the kind of thing that you can stop, but it is something for which you can be on the lookout. After all, simply knowing that there’s the potential for this kind of problem is a good way to help you to learn what to look for and to be a bit more picky about both what you buy and what you smoke.

Now you know why there are potentially seeds in what you’re smoking but you need to know what the impact of those seeds might be. The good news is that you’re not going to die and you are probably not even going to get sick.

The bad news, though, is that you are also not going to get the kind of experience that you probably wanted from the cannabis either. If you smoke weed that still has seeds in it, you’re most likely going to get a headache and you probably won’t feel great.

It’s the opposite of what most look for from marijuana, so do what you can to avoid weed that’s got seeds.

As a note, marijuana that has seeds in it doesn’t taste great. It lacks almost everything that you want in cannabis, including THC content.

It really does feel like someone has taken everything that makes marijuana desirable and has stripped it away, replacing it only with those things that tend to be negative. If nothing else, the presence of seeds should let you know that you’re buying from a poor quality source and that you should be looking for a dispensary that actually takes growing seriously.

Can You Smoke Weed Seeds and Burn?

You may, however, wonder if it’s still possible to smoke weed seeds for some reason. Yes, it is physically possible for you to smoke the seeds.

No, it is not a good idea and no it won’t do anything good for you. It’s not toxic and it won’t hurt you, so if you feel like you absolutely have to do so then you can make this incredibly poor choice.

What to do with cannabis seeds?

Since you’ve now made the incredibly wise decision not to smoke your seeds, you might wonder what to do with them. You can always throw them away, of course, but that might feel a bit wasteful considering the cost of buying marijuana from a dispensary.

If you’ve got seeds, then, it does make a certain amount of sense to do something with them. Luckily, you do have some great options.

A rapidly growing part of the culinary world is cooking with cannabis. There are actually cooking shows now dedicated to this process, and using cannabis seeds is actually a really popular choice.

While these seeds might not be high on THC, they have plenty of great vitamins and minerals in them. They also add a pleasing amount of crunch to some dishes, so feel free to experiment with them in your own cooking.

If you live in a place that will allow you to do so, selling the seeds to growers can also be a good idea. This is really something you can only do if you know a bit about the plants from which the seeds come, though – growers are very picky about what they choose to grow, and wasting time on a plant that’s not going to give them a return on their investment isn’t something they regularly do.

With that said, though, the right seeds can fetch a good price. If all else fails, of course, you can always think about growing marijuana plants with your seeds.

Should I use seeds for growing weed?

This is a tough question because it really depends on what you’re looking to do. Simply put, growing marijuana for the first time on your own can be hard and it’s a difficult process to master even for those who do so for a living.

You’re going to need more than an empty pot and some water to do this properly – you’ll need a space where you can control the humidity, lighting, and temperature all at once. Even so, though, growing marijuana can be a smart move if you’ve got the time and resources to do so.

More of a problem is the fact that you’re starting with a seed from a plant that’s probably not all that great to begin with. Real professionals are incredibly picky about the strains they grow and the lineages from which they plant seeds, as a plant that didn’t produce well will almost certainly have offspring that do the same.

You don’t want to plant weed that’s full of seeds, and taking the gamble that the only problem was in how the person from whom you bought your cannabis cared for his or her plants really might not be worth your time.

In the end, using the seeds as part of your culinary repertoire really is one of the best things that you can do. These seeds have a number of different amino acids, Vitamin A, and several great minerals that can really help you to create some healthy dishes.

The best part about these seeds, though, is that they can take the place of some of the more carb and fat heavy foods that are usually used to give dishes a bit more texture. Though there’s a learning curve to figuring out how to use these seeds well, it’s one that’s worth exploring.

This is another one of those areas in which the world of marijuana is being changed by legalization. As dispensaries become more common and real effort is put into growing weed, smokers should find fewer seeds and have to ask themselves questions like this far less often.

Though seeds are always going to be around, no one should ever be so desperate as to really consider smoking them. Doing so is not only going to leave you with an unpleasant experience, but it’s going to take away the possibility of using those seeds for something far more useful.

Always make sure to separate out your seeds before you smoke so that you can ensure that you get the experience that you actually want. 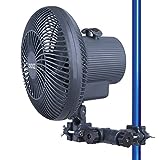