Is it Safe to Consume Cannabis While Taking Antibiotics?

One mix you might not be sure of, though, is weed and antibiotics. Should you smoke weed while you’re on such medications?

Unfortunately, there aren’t any clinical studies to turn to for a definitive answer. A lot more work needs to be done on the research end to see how cannabis interacts with a whole slew of medications including antibiotics.

What little we know is that cannabis doesn’t appear to have any serious interactions with most antibiotics. If it did, we’d hear about it.

Will Cannabis Reduce the Effectiveness of My Antibiotics?

Before we go there, let’s first make sure we understand what antibiotics are. Commonly prescribed for a host of bacterial infections, antibiotics are antibacterial agents designed to either kill or inhibit the growth of either specific kinds of bacteria or multiple strains.

One big problem with antibiotics, however, is the fact that the more doctors prescribe them, the greater the likelihood that bacteria develop immunities to them. Of particular concern are MRSAs, bacterial infections caused by staph bacteria.

These antibiotic-resistant bacteria can be increasingly difficult to fight, and as a result, doctors and researchers are constantly on the lookout for new, more effective, and alternative strategies for combatting them. 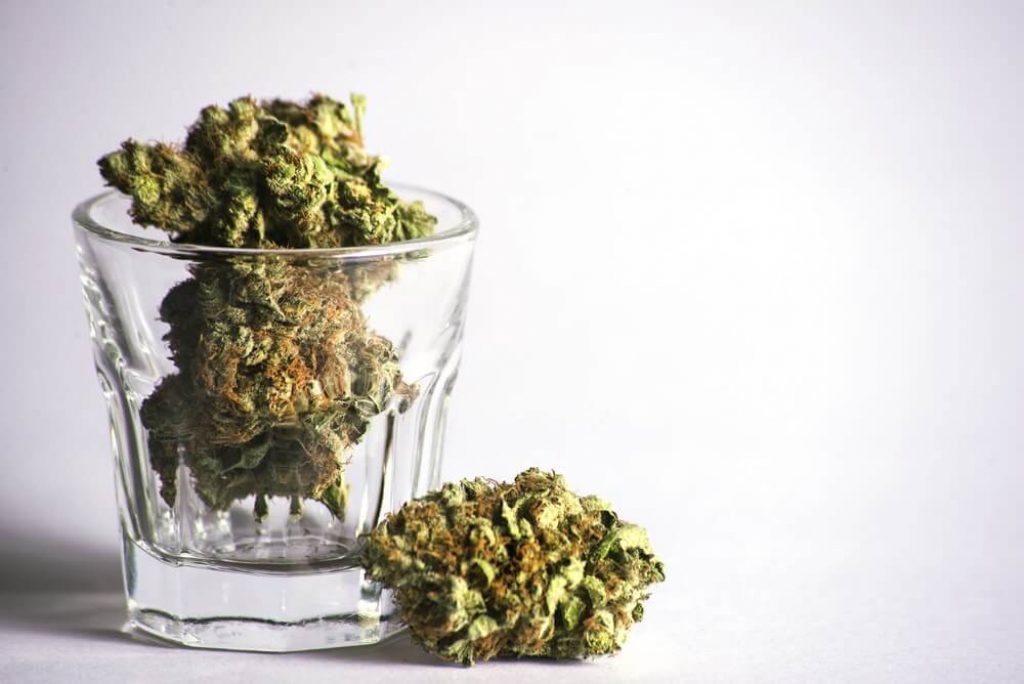 Enter the major cannabinoid, CBD. We already know that CBD is useful in reducing inflammation, controlling pain, and soothing anxieties.

In addition, more and more research is finding that CBD can play a helpful role in fighting bacteria. In fact, a recent study published in the journal Scientific Reports by researchers out of the University of Southern Denmark has found that CBD acts as a “helper compound” to improve the efficacy of antibiotics.

As the authors of the study have stated, “When we combined CBD and antibiotics, we saw a more powerful effect than when treating with antibiotics alone. So, in order to kill a certain number of bacteria, we needed less antibiotics.”

The University of Southern Denmark study backs up other earlier findings. For example, Terry Roycroft, President of the Vancouver, BC-based Medicinal Cannabis Resource Centre, Inc., said that when treating patients with pain medication they have found they can cut an antibiotic dose in half and still get the same benefits and reactions in their patients as they normally would when cannabis is introduced to the equation.

This could be good news for patients who are already on a medical marijuana prescription. Chances are if they require an antibiotic, they may be able to manage just as well with a lower dose.

How Harmful Are Interactions?

It can be difficult to monitor cannabis interactions with other medications. This is due in large part because cannabis is not a single drug, but rather a complex plant made up of many different cannabinoid compounds.

Each of these can result in various different interactions both positive and adverse. And that applies to all drugs, whether you are mixing cannabis with an over-the-counter cold medication like Nyquil, a common prescription drug like Vyvanse (used to treat ADHD in children), or any number of less well-known prescription drugs. 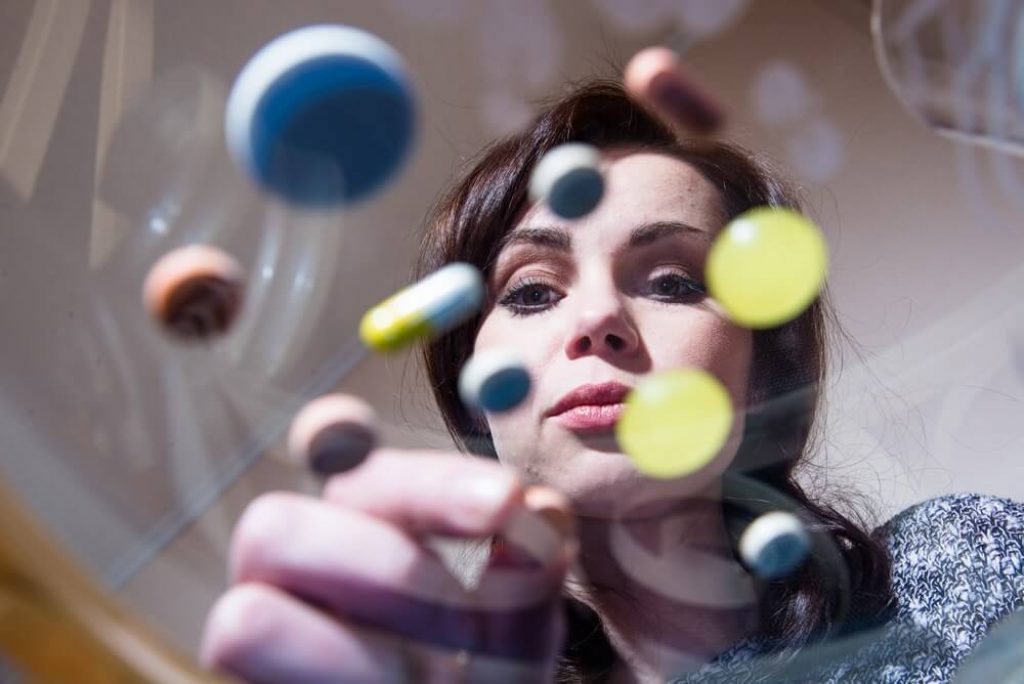 Nor does cannabis appear on any antibiotics contraindication lists — a surprising fact when you consider that grapefruit is on the list!

Positive news aside, this doesn’t mean side effects from mixing cannabis and antibiotics are completely non-existent. Specifically, marijuana suppresses the liver from producing certain enzymes that are needed to biosynthesize some antibiotics such as erythromycin, miocamycin, and troleandomycin.

And when the body cannot biosynthesize them, it lets you know by making things unpleasant. As a result, a marijuana user may experience nausea, diarrhea, or vomiting while on such antibiotics. You can help alleviate the symptoms by cutting back on your marijuana use or cutting it out altogether until your antibiotics regimen is behind you.

What are the Risks of Using Cannabis While on Antibiotics?

It depends in part on what form of cannabis you are using and the type of antibiotic you are taking. For example, if you smoke weed and are taking an antibiotic for a respiratory infection, that activity may increase bronchial irritation.

And how about CBD oil?

With its antimicrobial properties, CBD oil has been found effective in fighting many infections and in particular bacteria that is resistant to traditional antibiotics. That being said, the use of this cannabis product with the antibiotic erythromycin is not without side effects, including:

What About Taking CBD?

As noted earlier, CBD has many medicinal uses and is one of the five major cannabinoids found to have strong antibacterial qualities. In fact, a study by a team of researchers from Italy and Britain points to cannabis as a powerful, natural antibiotic.

These researchers recommend cannabis as a source for new and effective antibiotic products such as topical creams to treat cuts and abrasions in hospital settings. In turn, this could reduce the demand for standard antibiotics.

CBD oil is also enjoying increased use not only as a means to treat stress, sleep problems, pain and inflammation but also because it may improve immune health, which would naturally reduce the need for antibiotics.

However, like most cannabis-related research, there is far more that needs to be learned.

It’s not uncommon for a person to experience side effects from taking antibiotics, so it’s only natural that you might be concerned that adding marijuana to the mix might make them worse. If you’re used to enjoying a smoke, but don’t want to rock the boat, you might want to switch to taking CBD. CBD is non-psychoactive and tends to make the user feel more balanced, relaxed, and calm. 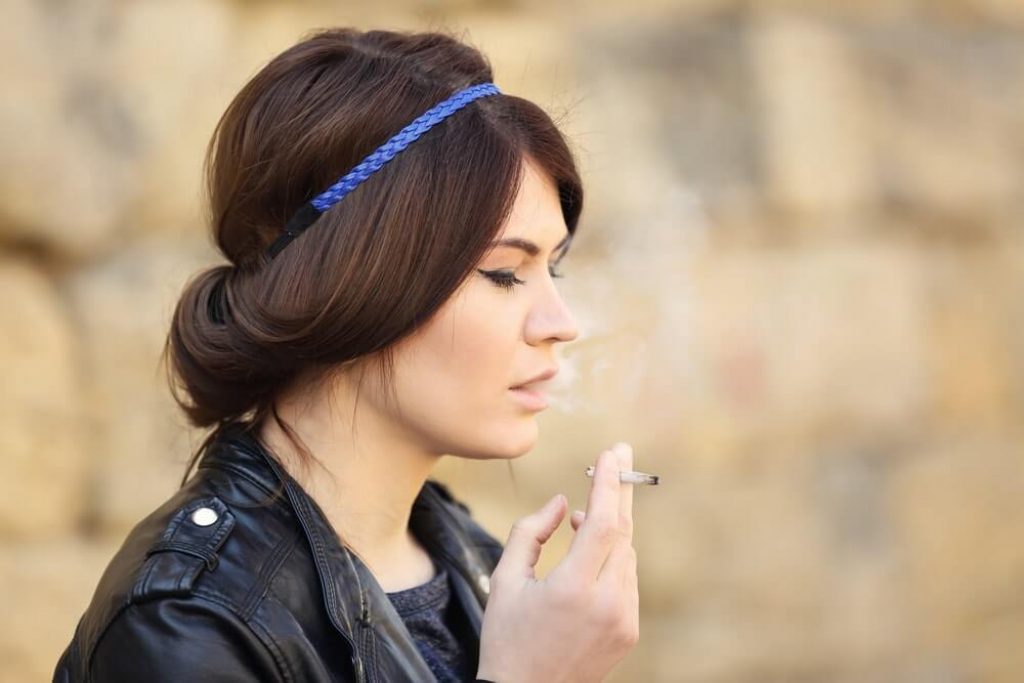 And that’s not a bad thing when you’re trying to fight off an infection.

When Not to Use Antibiotics With Marijuana

If you’re taking antibiotics for a respiratory infection, you should avoid smoking or vaping marijuana or any product for that matter. You don’t want smoke or chemicals negatively influencing the effectiveness of your prescription.

Your doctor may also have other reasons for advising you against using marijuana while on antibiotics. If you’re good with cutting out vaping or smoking but still feel the need to consume cannabis of some kind during this time, seek the advice of your health care professional.

It’s possible she may recommend substituting edibles or tinctures.

So, Should You Consume Cannabis While On Antibiotics?

Here may be the best place to add an important few words of caution. Whenever anyone takes more than one medication at a time, there’s always the risk that one drug will have a reaction with another.

This article, like any you may find on the web, is provided for information only and should never preclude getting medical advice from a qualified physician. That being said, beyond the milder potential side effects discussed earlier, there isn’t any evidence out there that consuming marijuana while on antibiotics is an unsafe practice.

Still, there’s that sticky fact that we just don’t have that much in the area of clinical studies providing data on how cannabis interacts with various medications. Whether you’re a light or heavy user of marijuana, if you’ve been prescribed an antibiotic and you plan to continue using while on it, it’s best to be on the level with your health care professional about your usage and then listen to their advice.

And, by the way, get well soon!