Can You Smoke Weed While on Birth Control?

Smoking While on Birth Control: Is Weed the Same as Tobacco?

Most people who are on birth control have at least a vague idea that smoking is bad for them. Not only does smoking tobacco have all of the usual health risks associated with the process, but it also increases the chance of heart attacks, blood clots, and strokes.

Smoking’s even more dangerous if you’re on birth control and over 35 or if you already have a history of heart problems. So, do you have to worry about the same sort of issues with marijuana?

Frustratingly, there’s not a very clear answer here. Simply put, there haven’t been enough studies to give us a real answer to this question. 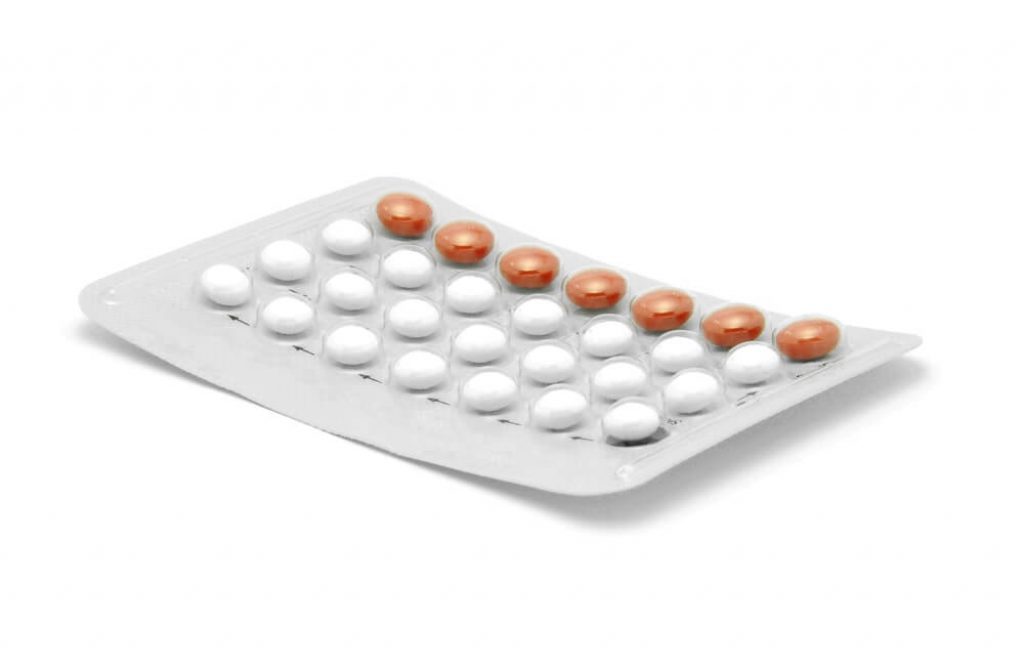 We can infer that things might not be quite the same, if only because there aren’t enough anecdotal examples of the same kind of health problems. That does not, however, mean that problems aren’t present.

There are definitely potential issues that could crop up. THC could raise the blood pressure of someone on birth control, for example, which could put them in jeopardy of many different potential health problems.

It’s the interaction between marijuana and the medication that really makes most people pause, even if it’s impossible to say exactly what the issues might end up being.

How does weed affect birth control?

Again, the frustrating answer is that we really just don’t know. There aren’t any dependable studies out there that can provide an answer, so we can really only look at potential interactions.

If you really want to look into potential issues, you’ll have to start by thinking about what THC can do to the body.

So, what does THC really do that can interact with birth control?

First and foremost, it does increase estrogen levels. While this isn’t necessarily something you really need to worry about even when you’re a heavy smoker, the truth is that this could theoretically impact the way that your birth control works. A

s with so many things, it really comes down to the active ingredients in your birth control.

The general thought here is that marijuana has the greatest chance to impact any kind of birth control that is estrogen based. The logic is that since the THC in marijuana is already elevating your estrogen levels, there’s really not quite as much there for the birth control to do as you might hope.

Again, this is purely conjecture – the relatively recent state of legalization in most states along with the federal laws against marijuana still make it incredibly difficult to conduct the relevant studies that would give most users the data that they need.

The studies that have been done thus far show that THC is really good at moderating the production of progesterone. What this means for the average person is that marijuana can be an incredible important tool for reducing the symptoms of PMS – a fact that has made marijuana an incredibly popular substance among those who menstruate. 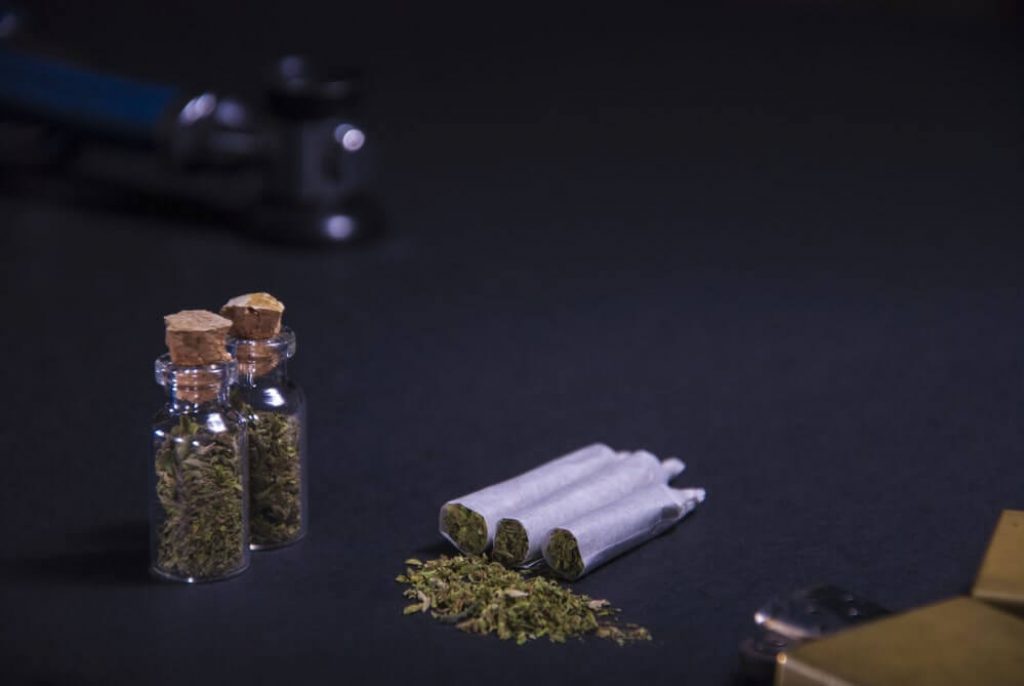 Likewise, marijuana does still have an impact when generally combined with estrogen. Many have reported feeling the effects of THC and marijuana more acutely when their estrogen levels were elevated.

This might be a sign that there could be more potent interactions with certain types of birth control, though that’s still purely an assumption.

There are some relatively recent studies that are working on finding the relationships between marijuana use and successful pregnancies. Unfortunately, there’s some conflicting information among the studies that make it hard to give a hard and fast answer.

Instead of considering these studies definitive, it’s perhaps better to look at what marijuana can potentially do.

There is one study that says that there are at least some hormonal changes that can be caused by marijuana smoking, which in turn can make it harder for many to get pregnant. With that said, the sample size was small and another similar study showed no such delay.

Likewise, a small study (sample size of nine) showed that pregnancies are more likely to result in miscarriages due to marijuana use – a fact that was also refuted by a subsequent study.

What we know, unfortunately, is that we don’t have any solid answers yet. The good news is that research is still ongoing, which means that real answers could be just around the corner.

We honestly don’t know the answer to this question quite yet. Logic definitely dictates that marijuana could have some impact on estrogen-based birth control, but there haven’t been any studies that can back up that claim.

There’s definitely at least some risk involved with using marijuana while on birth control, but it’s impossible to really know the degree to which birth control efficacy could be impacted until serious studies are done on the topic.

Can you take CBD Oil with Birth Control Pills?

It largely depends on the type of birth control that you take.

The good news for many, though, is that there’s really no reason why it would have any effect on progesterone-based birth control. As such, it’s very important to know what kind of birth control you are taking before you consider using CBD oil.

Edibles are very popular, so it makes sense that many people would want to know if it is safe to continue eating them if they are going to go on birth control. As you might expect by this point, though, the most honest answer is still that we don’t have all the data we need to make an informed statement here. 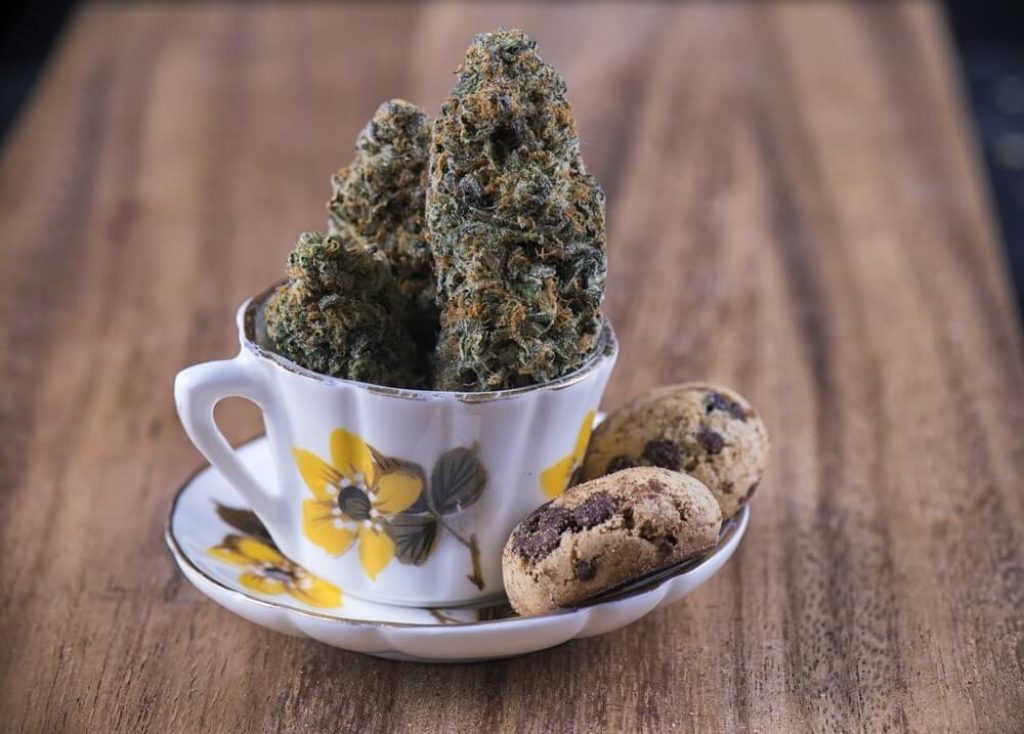 One thing we can say for certain is that whatever effect THC or CBD have on birth control, they’ll have that same effect no matter how you choose to ingest the product. You’re really not looking at the delivery method being a problem here – the big issue is the way that the product ends up interacting with your body.

If you feel comfortable with the potential problems that could come with using THC or CBD in another form, there’s really no reason to stay away from edibles; unfortunately, though, edibles won’t give you an easy out if the other forms of ingestion are eventually found to cause problems.

Is It Ok to Vape While On Birth Control?

As ever, it really depends on what you are vaping.

As such, it’s very possible to see vaping leading to blood clots, stroke, and heart conditions among many.

With that said, there’s no data to let us know what happens if you are vaping THC or CBD. Again, the studies just aren’t there.

The only thing that we can really say for sure is that if would likely have the same impact as smoking or eating those substances so you’ll definitely want to keep a close eye on future research before you make any kind of decisions.

Talking about the interactions of birth control and marijuana is a frustrating process. The truth is that this is actually a very important topic and one that could impact many people, but the lack of research done means that there’s really no answers that can satisfy those who want scientific evidence.

There’s not even really enough anecdotal evidence out there to start putting together any kind of statement – you just have to make assumptions that could quickly fall apart when further research is done.

The best thing you can do is to take this data and make your own choices. There may or may not be risks, so make sure that you’re educated about what could happen if you choose to smoke weed while on birth control.

Since there’s little viable information out there, the only thing to do is to weigh the risks as carefully as you can.

Can a Dentist Tell If You Smoke Weed?