Have you ever come down with “kissing disease?” No, it’s not an overwhelming desire to be amorous.

Kissing disease is a colloquial term for infectious mononucleosis or mono. It’s a contagious disease spread by bodily fluids, most commonly saliva.

Infectious mononucleosis can be transmitted not only through kissing but also coughing and sneezing. In addition, it can be transmitted through blood, blood transfusions, organ transplantations, as well as semen during sexual contact.

The amount and intensity of symptoms can vary somewhat for different age groups. For teens and young adults, the most common symptom is extreme fatigue and the inability to keep up with ordinary activities.

This is the immune system’s way of telling them it is trying to fight the disease and they need to get rest. Of all the symptoms associated with mono, fatigue is usually the longest-lasting with weakness and lethargy often continuing for months.

It is especially common also for teens and young adults who get mono to experience swollen lymph nodes in both the neck and armpits. If you come down with mono, you’re also likely to experience a sore throat.

There may be redness, swelling, and mucous, which may induce coughing. This symptom may last anywhere from several days to two weeks.

Other common symptoms include fever, aches and pains, and a rash. Younger children who come down with mono tend to exhibit flu-like symptoms.

While less typical for teens and young adults, those over 40 who get mono may suffer from inflammation of the liver. Infectious mononucleosis can also cause enlargement or even rupture of the spleen.

As you’ve probably guessed, none of these symptoms are pleasant.

Epstein-Barr Virus (EBV), also known as herpesvirus 4, is one of the most common viruses in the world and also the most common cause of transmission of infectious mononucleosis. However, there are other viruses that cause it also.

Not everyone who contracts EBV will end up getting mono, but for at least 25 percent of teenagers and young adults who get the virus, they do. If mono occurs, it usually develops around four weeks after contracting EBV.

You can protect yourself from getting mono by refraining from kissing or sharing toothbrushes, drinking glasses, and food utensils with anyone who has the disease. Oh, and sharing joints, vape pens, or bongs? That’s a big no-no.

That being said, the world has yet to develop a vaccine to prevent infectious mononucleosis, and there is no medication that will quickly cure the disease. You can ease the symptoms of mono by drinking ample fluids to stay hydrated, getting plenty of rest, and taking over-the-counter medications for fever and pain.

However, you should avoid any antibiotics that contain penicillin.

If I’m Diagnosed With Mono – Will Smoking Marijuana Slow Recovery And/Or Negatively Affect My Liver?

The U.S. Drug Enforcement Agency classifies marijuana as a Schedule I drug, which means they see it as having the greatest potential for abuse with no medicinal value. Unfair as it may be, as a result of this long-standing classification, clinical studies of marijuana as it relates to mono, as well as various other illnesses and diseases, have been sharply limited.

This lack of extensive clinical research has often forced those in the cannabis community to rely on a mix of limited studies and anecdotal advice about other users’ own personal experiences. Want to know if you can smoke weed while taking antibiotics?

Can you give blood if you smoke weed? With nowhere else to turn, many will seek out online forums for answers. It’s an imperfect practice and a good argument for funding serious medical research.

Here’s what we do know:

Specifically, the liver plays an important role in the immune system in part by filtering the blood and removing drugs and other toxins from it. When you get mono, your liver is forced to work much harder and that results in an elevated amount of liver enzymes in the blood.

This, in turn, causes the liver to become inflamed. Common symptoms of hepatitis include fever, headaches, nausea, and vomiting.

In otherwise healthy individuals, hepatitis is often a temporary condition with the liver returning to its normal state as the disease diminishes. However, for those with compromised immune systems especially, such as those dealing with cancer, HIV/AIDs, or those who have recently had an organ transplant, hepatitis can be far more dangerous.

If you smoke marijuana for one of these medical conditions and you come down with mono, it’s very important you discuss the matter with your doctor.

Because the liver regulates most chemical levels in the blood, when you smoke marijuana the cannabinoids THC and CBD filter through your liver as well. More research needs to be done to determine how these cannabinoid toxins impact your liver, but most researchers agree it’s a complicated relationship.

When you add in the impacts of hepatitis infection, it raises that relationship to an even more complicated level. It bears noting that if you get hepatitis, alcohol, caffeine, and junk food can further inflame your liver, which is why doctors recommend avoiding them until the disease has passed.

While you may think reaching for a joint while recuperating in bed will stave off boredom, if you want to avoid getting hepatitis, it may be best to avoid introducing more toxins into your liver including the CBD and THC you get from smoking marijuana.

If you have mono and want to avoid getting hepatitis (or if you have it and don’t want to make it worse) there aren’t really any alternative forms for imbibing marijuana that won’t impact your liver the same as smoking. Whether you smoke, vape, or enjoy marijuana edibles, the cannabinoids in them will pass through your liver and force it to work that much harder.

You may not like to hear it, but the best thing you can do for yourself when you have mono is to get plenty of bed rest and drink fluids. Plus, if you smoke, you won’t be doing your sore throat any favors.

Is it a good idea to abstain from smoking marijuana while I have mono? Could this possibly be aggravating my liver?

While there are no conclusive studies, it’s probably in your best interests to abstain from smoking marijuana until the disease has run its course. If you’re experiencing headaches, nausea, or vomiting as a result of an inflamed liver, smoking will only make the situation worse.

If you’re in otherwise good health, smoking weed when you have mono isn’t likely to be deadly. That being said, hepatitis isn’t anything to fool with and you shouldn’t take actions that might aggravate the situation.

If, however, you have a compromised immune system as a result of cancer treatments, HIV/AIDs, or an organ transplant, the effects to your liver from smoking weed can be very dangerous, even deadly.

Unfortunately, little if any medical research has been done on the relationship between marijuana use and infectious mononucleosis.

What we do know is that mono can impact liver function negatively and that the cannabinoids THC and CBD in marijuana do find their way to your liver no matter how or when you use them. How these two realities factor together to impact already compromised liver health isn’t entirely clear, but it may be best to err on the side of caution and hold off smoking or ingesting cannabis until you’ve recovered.

If you’ve been diagnosed with mono, more important than any information you may find in a discussion forum or on a dedicated cannabis website–and that includes this one!–is talking to your doctor about your current cannabis use and whether you should continue or suspend using it until you are well.

Your relative health and individual health history, how often you use, and any medications you may take to treat your symptoms will influence your doctor’s recommendations. 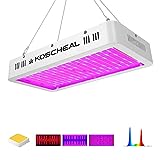