Behind THC, which is the main psychoactive cannabinoid found in cannabis, CBD comes in as the second most powerful component. Known for many of the medically beneficial effects in the marijuana plant, it can be taken in the natural form of cannabis buds, smoked via hemp buds, or separated into its own product.

Although there are a number of ways to take CBD including edibles, tinctures, topical lotions, pills, and many others, the most popular form among smokers will be in the form of CBD buds or vaping liquids.

We’ll talk about the benefits of CBD and the key differences between smoking cannabis and solely CBD.

Cannabidiol, or also known as CBD, is the second most powerful cannabinoid found in the cannabis plant behind THC.  CBD accounts for many of the physical effects of smoking cannabis, including pain relief, treating medical conditions such as epilepsy, and aiding a number of other major and minor ailments.

Because many cannabis users are purely using it as a medical treatment, some look to separate the psychoactive properties found with THC and the healing properties of CBD through a number of specialized products or plants.  Specific strains such as Sativa L, or more commonly known as the female hemp plant, contain minimal levels of THC and contain heavy concentrations of the cannabinoid CBD. 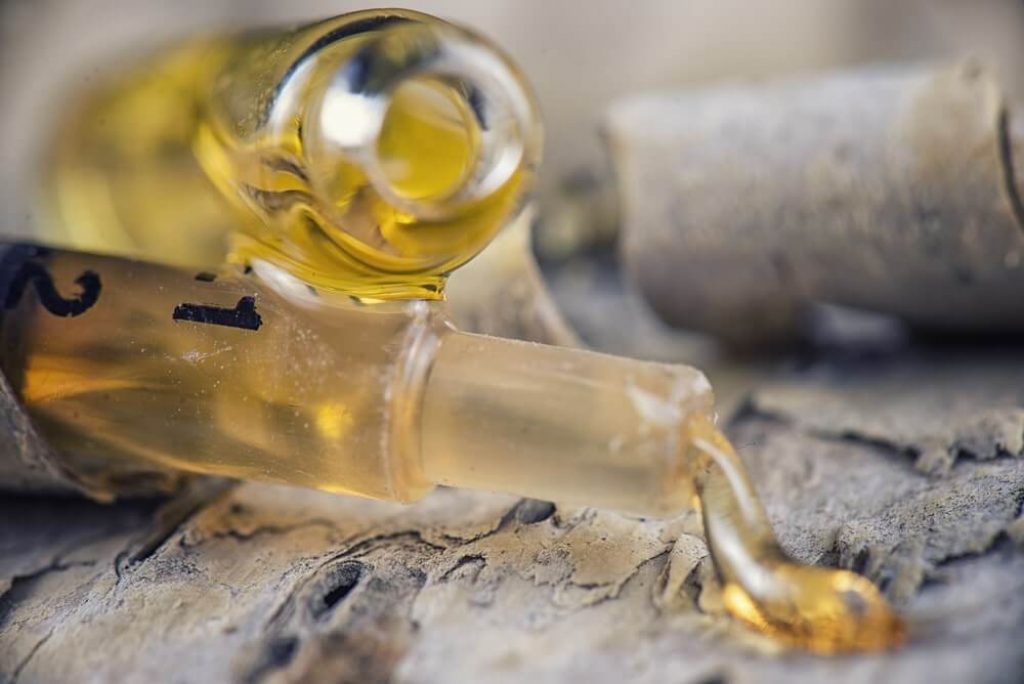 Although these plants resemble normal cannabis plants throughout the various stages of flowering, their genetic makeup means they have a significantly different effect on the user when smoked. In addition to their high CBD properties, hemp plants are also used for paper, clothing, plastics, and a number of other industrial uses.

Because this plant only has trace amounts of THC, it is almost universally legal to own, although there has been some debate among lawmakers. As long as the plant has less than 0.3% THC, it isn’t held to the same standards of marijuana in the eyes of the law.

What Are Terpenes And Why Are They Important In Cannabis Plants?

Terpenes are natural oils that are secreted by the cannabis plant, as well as many other plants, acting as a deterrent and form of protection. Mainly producing a strong odor, terpenes will prevent predators from destroying the plant while also attracting pollinators.

Coming in a number of variations depending on the specific strain of plant or the climate, these will produce various odors that can differentiate one cannabis plant from another. Due to the difference in terpenes produced from one plant to another, you will end up with not only different strains of cannabis with distinct smells, but it also results in a unique flavor profile when smoked.

The various specific feelings and effects of smoking certain strains are also associated with the variations in terpenes, with some cannabis strains promoting relaxation, focus, creativity, and so on. Because terpenes exist outside of the effects of THC, they can be vital aspects of CBD products and hemp strains, adding custom benefits depending on the source of the hemp bud.

Although THC is missing from CBD buds, making the end result from smoking drastically different, the plants themselves are structurally and visually very similar. And because terpenes exist in all strains of cannabis, regardless of THC, they will produce a similar smell when they are smoked. 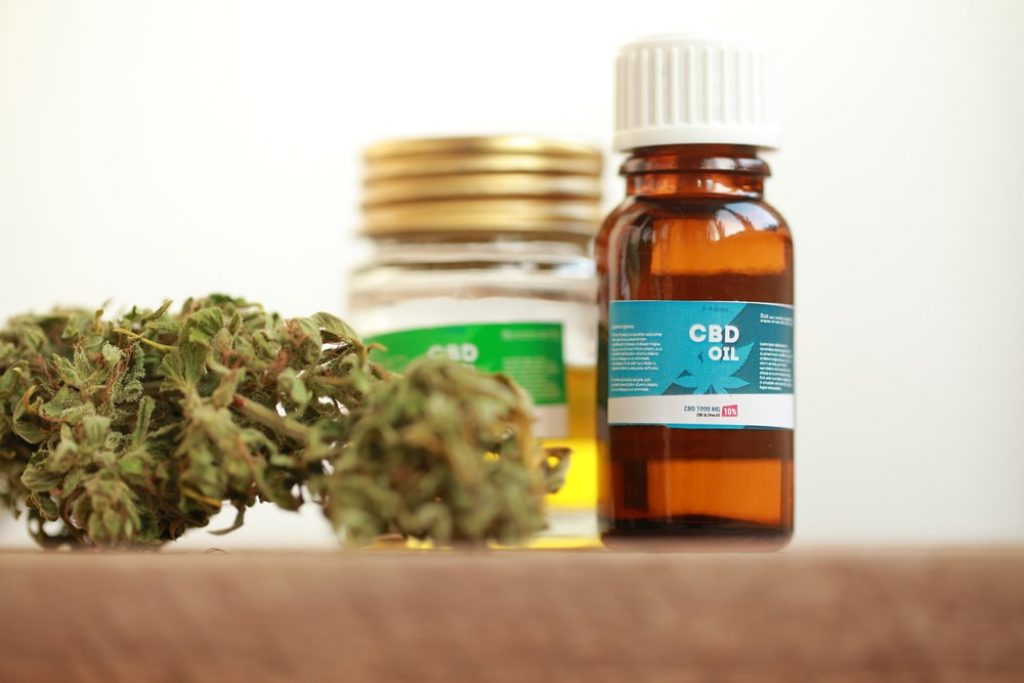 The strength of the smell will vary from strain to strain, with the terpenes being different with each, but in general they will all be relatively similar.

Why Is The Smell Less Noticeable When You Vape CBD?

While vaping and smoking may seem similar, many may assume that the noticeable smell that comes along with cannabis would persist. It is true that any time you vape or smoke a liquid or plant there will be some sort of smell, vaping will result in a far less intense experience.

Because vaping doesn’t include the combustion element of smoking, which requires the physical burning of the plant, the distinct smell associated with it is minimized due to the ‘smoke’ being vapor production instead. It also results in a much quicker dissipation of the smell with a vaporizer, not containing the smoke particles that will linger and stick to clothes, furniture, or walls.

Factors That Affect The Smell Of Vaping

As we mentioned above, when you vape CBD liquids or products you will generate a similar smell to that of normal cannabis, albeit slightly less intense. The aforementioned terpenes will have a large factor on the specific smell you experience, with some having a fruity smell, pine smell, or even mint smell. 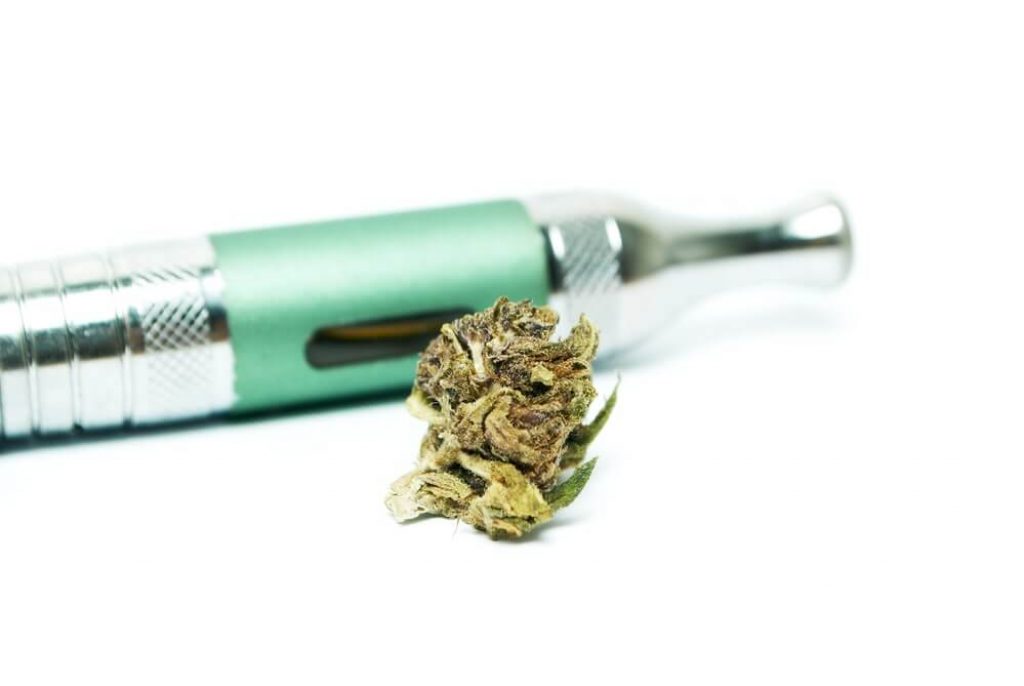 If you want to learn more about the various smells of weed, you can read about it here. In addition, if the specific oil you are vaping has some sort of additive, whether it be a sugar flavoring or otherwise, this will also have an affect on the smell and flavor of the CBD.

The Difference Between Full Spectrum CBD And CBD Isolate

Full spectrum CBD is what you would expect if you extracted the ‘full’ list of terpenes, cannabinoids, and flavonoids found within the hemp plant. This is essentially a breakdown of the entire plant, with all of the different smells and flavors that you would find if you smoked the plant itself. CBD isolate, however, solely extracts CBD and is a concentrated form of the cannabinoid.

This removes all of the smells and flavors that are associated with the terpenes, resulting in full spectrum CBD having a much stronger and “weedy” smell in comparison.

What is the ‘skunk’ smell associated with weed?

Oftentimes weed will be attributed a ‘skunky’ smell, acting as one of the trademark stenches associated with weed. As explained above, the ‘skunky’ smell is a result of terpenes from specific strains of cannabis.

Skunk weed finds its origins dating all the way back to strains in the 1970s, being cross-bred into various strains since that point.

Does the CBD flower have a smell?

The hemp flower will have a very similar smell to the traditional cannabis plant. Because they are nearly identical aside from the missing THC in hemp, the flower shape, smells produced via terpenes, and taste while smoking will all be virtually the same.

Is it Possible to not be Able to Get High from Marijuana?