Although many businesses are struggling to find good workers, they’re still adhering to strict guidelines when it comes to drug testing. In fact, drug testing is a standard procedure with a lot of companies nationwide.

Why are Companies Testing – Marijuana is Legal?

Yes, marijuana is legal in some states, but not all states. However, it is considered a Schedule 1 drug that is actually illegal under federal law.

In result, many companies have decided that it’s best to keep their employees safe by supporting a drug-free work environment. Not only are employers responsible for an employee’s well-being on the job but screening applicants before they are hired will eliminate any risk associated with a potentially inapt candidate.

In addition, businesses can prevent legal liability when they drug-test their employees.

Despite the fact that many Americans can legally access cannabis, pre-employment drug testing is still mandatory with various businesses. Additionally, some states require that you take a drug test before you can receive unemployment benefits or state assistance like food stamps.

On the other hand, you can do a drug test at home before you take the official test for employment or other reasons. In fact, home drug tests are easily found in numerous places such as drug stores or online.

Home drug tests are also inexpensive and easy to use.

What Exactly is a Home Drug Test?

A home drug test is a substance test that you can do at home. The test can tell you what substances are in the body.

In fact, a home drug test can identify almost any substance, depending on the type of test that you buy. Generally, drug tests are labeled as panels.

The panels are in reference to the type of drugs that are tested and identified.

This is because they have a short window of detection. In other words, the amount of time that has lapsed if a drug was taken is very minimal.

A urine test is the most accurate and common. They have a much longer window span than oral or saliva fluid tests and are also cost effective.

A blood test can actually measure the amount of drugs in the system. As well, it can detect impairment.

These tests are one of the most difficult to pass if you are a heavy cannabis user or if you have used cannabis for an extended amount of time. Hair tests have the longest window span and can detect the history of drug use in the body.

For instance, if marijuana was used for a certain amount of time, refrained from, then resumed, a hair test will confirm that. However, the results are sometimes inaccurate due to dust and pollen contaminants.

For the most part, home drug testing is pretty accurate. In fact, many tests claim 99% accuracy.

However, it does depend on the test. Generally, the more substances that are tested such a 15 panel, the better and more accurate the results.

Keep in mind that home tests can be rather sensitive. If the results are positive, then a lab test will definitely be positive. On the other hand, it is easy to get the wrong results with a home test.

This is because outside factors can alter the accuracy.

In addition, the test can show a negative if it has exceeded its expiration date. As well, the test chemicals may not be working correctly.

Relying on a home drug test is probably not the best idea, especially if the upcoming lab test has any consequences. Nonetheless, it does not hurt to get a few home drug tests so that you have an idea whether or not you will pass the forthcoming lab test.

What if You Tested Positive on Your Home Drug Test

If you do a home drug test and test positive, you can always get additional analysis done. Keep in mind that home drug tests only disclose what is in your system.

Unfortunately, a home drug test does not tell you how much of the substance is in your body.

This information is vital. Passing the drug screening will highly depend on detectable levels of abstinence of a particular drug.

For instance, the cut-off for THC is 50ng/ml. In addition, if you tested positive and you have a lab test soon, there are certain things you can do to increase your chances of passing a urine test.

These tips are very helpful, especially if you need cannabis for medicinal reasons resulting in heavier use.

Whether you are a heavy cannabis user or use marijuana for medicinal purposes, lab drug testing can be pretty stressful. One of the best ways to reduce the anxiety is to do home drug test to see where you stand.

However, there are both pros and cons to home drug testing

A home drug test is fairly accurate. That is, if the test is done properly. To avoid false positive or negative, make sure that you perform the test correctly and use a quality test that offers accurate results.

If you decide to do a home drug test, make sure to follow the instructions precisely. In fact, it is highly recommended that you know how to do the drug test prior to taking it.

In addition, pay attention to the window of detection and accuracy for the substance you are testing for. Likewise, give a clean sample by avoiding contaminants like dust.

A home drug test can be a very useful tool. However, the best and only way to be 100% sure that you’ll pass an upcoming lab test, it complete abstinence.

In addition, short or long term abstinence will greatly protect your means of support and livelihood.

What Should Your Humidity and Temperature Be in a Spacebucket?

What Is Kief And How Can You Use It?

How to Pass A Drug Test (when you’d probably fail…) 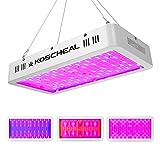 We want to make growing weed easy. If you’re a beginner, start here and email us with any questions.

For customers
For vendors
Sign Up for Weekly Newsletter