If you are a regular smoker you may understand the ins and outs of how cannabis is usually sold, with the measurements coming in various weights with their own nicknames and quantities. Whether it is measured in grams, ounces, ‘eighths’, ‘quarters’, and so on, it may be slightly confusing to casual smokers who aren’t accustomed to the terminology.

You may simply be wondering how many joints you can roll with a specific amount, or how long you can expect a certain amount of weed to last when you are purchasing. We’ll break down the differences between the normal quantities you will see when visiting a dispensary and how many blunts or joints you can expect out of them.

The Typical Measurements Of Weed

You will find that weed is typically measured in two different categories, individual grams or a fraction of ounces. Grams are usually sold in increments of one, either as separate strains or multiples of the same.

If you are purchasing larger quantities of weed, it is usually measured in simple fractions of ounces and are usually comprised of the same strain. The various measurements and their nicknames are as follows:

What Is The Difference Between A Blunt And A Joint?

Aside from using the various paraphernalia to smoke, whether it be a bowl, bong, or vaporizer of some sort, the most stereotypical way to smoke weed comes with the joint or blunt. Because of the similarity to smoking cigarettes or tobacco, these have taken hold as one of the easiest and most popular ways to smoke weed. 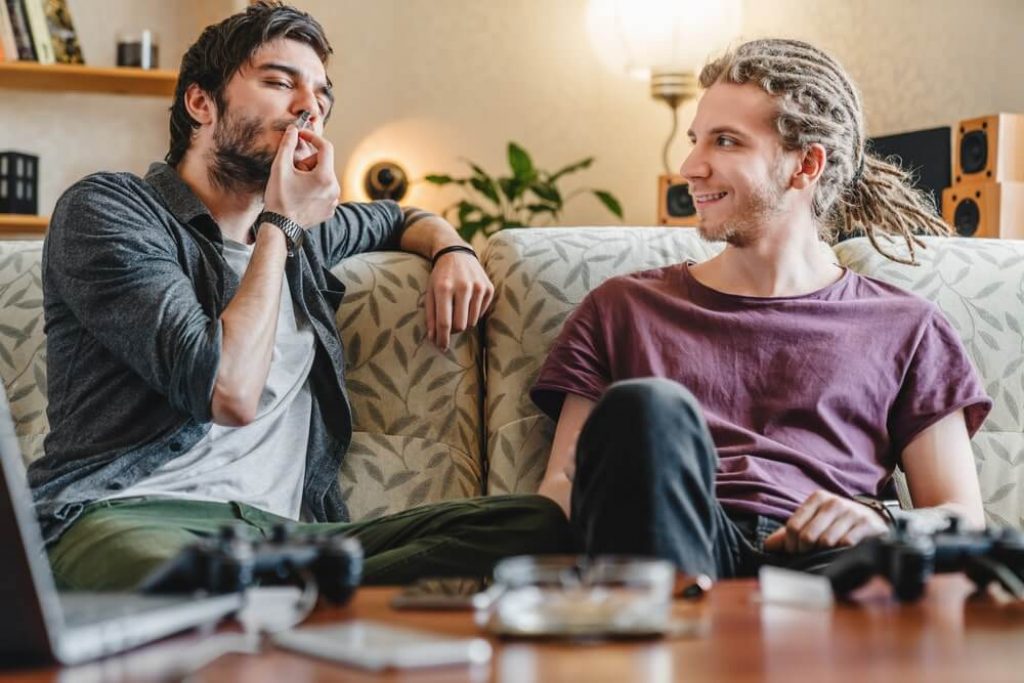 While they are similar, there are some key differences between the two ways to smoke.

The standard joint is rolled with a relatively small amount of weed, made up of purely cannabis with no other additives. A joint uses the traditional white rolling paper that you will find in gas stations or convenient stores, although there are specialty brands that feature natural materials or unique designs or form factors.

Joints are often rolled with filters, which allows you to hold the joint easier while also being the most efficient way to smoke the most weed without waste.

Although blunts are also comprised of solely cannabis, they are usually wrapped in tobacco leaf paper and are usually much larger in size. Whether the paper is taken from a cigar or are packaged solely for blunts, these will pack a more powerful punch due to the fact they are usually more dense and significantly larger.

You will also receive the added buzz from the tobacco paper itself, making these a more intense way to smoke cannabis.

How To Roll The Perfect Joint

While everyone tends to have their own special process and techniques when it comes to rolling their joints, there are a few tips if you have trouble finding your footing in the beginning. The first step comes with picking out your paper, whether it is the typical white paper or blunt wraps.

Once you have your weed, you should use a grinder to break it apart (or use your hands if you don’t own a grinder), which will help to pack and roll the joint. Be sure to not grind the weed too finely, as this will make the joint burn much quicker and subsequently waste weed.

Afterward, you can save the remaining weed either inside the grinder or in a container, which you can read more about here. 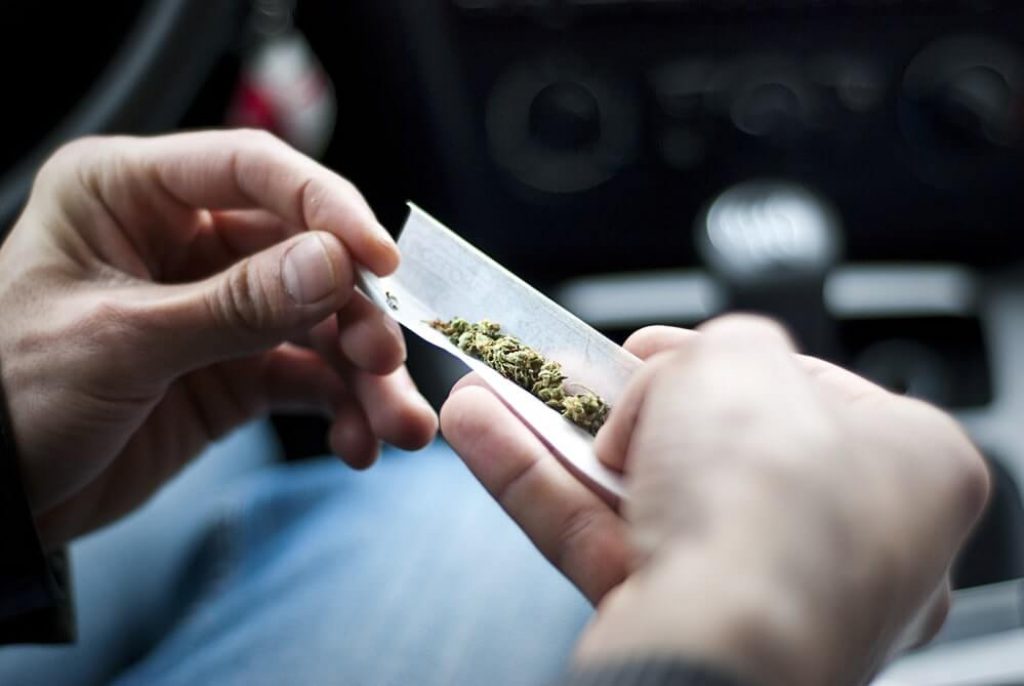 The next step is to pack the weed into the paper, creating a boat or ‘U” shape with the paper. Afterward, you can take the edges of the rolling paper and use your fingers to roll the joint back and forth until the weed is packed tight and uniformly with the paper.

If you are having trouble visualizing it, here is famous comedian and actor Seth Rogen going through the process step by step.

How Many Joints Can You Roll With One Gram Of Weed?

The most basic starting point when you are purchasing weed, buying a gram is both the cheapest and easiest way to step foot into the world of rolling your own joints. Or perhaps you have a gram of your own homegrown weed, which you can learn more about here.

Because a gram of weed is relatively a small amount, you can typically roll two normal sized joints. If you plan on rolling a blunt, you may only be able to roll one with a gram, being slightly less efficient than joints. 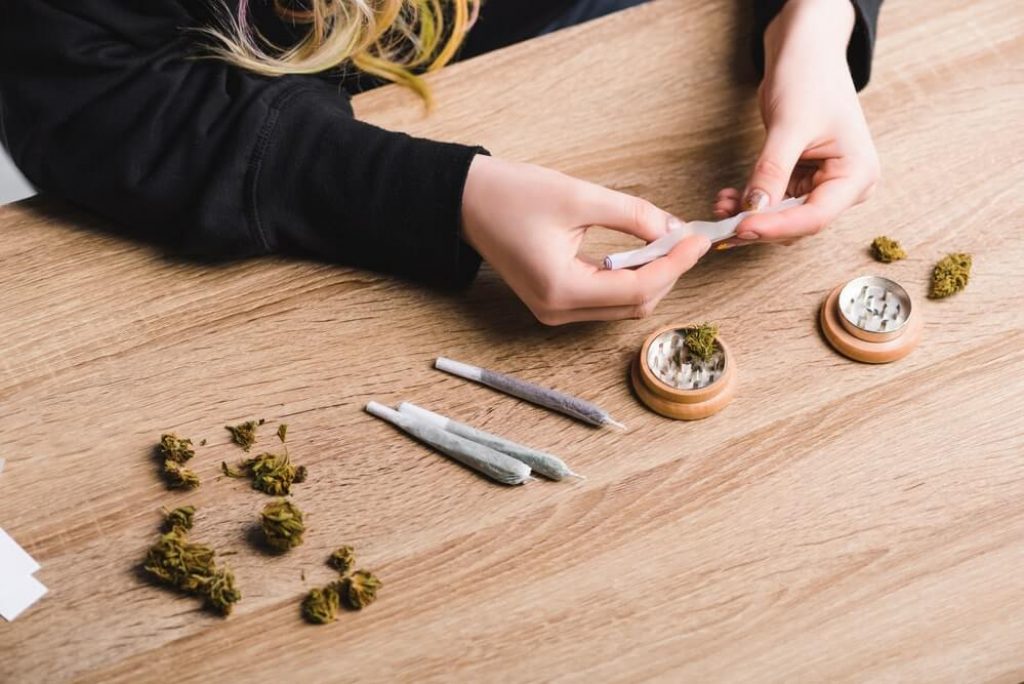 If you want to get more out of your weed, you could roll a “spliff”, which is weed and tobacco combined into either a blunt or a joint.

While this won’t carry the same buzz you get with a normal joint, it will stretch out a relatively small amount of weed. Additionally you could use a bowl or a pipe of some sort if you have a small amount of weed, letting you smoke without any of the waste associated with joints or blunts.

How many blunts can you roll with an ounce of weed?

In general most blunts will have about a gram or a little less of weed. An ounce of weed on paper is 28 grams, so you will be able to roll anywhere between 25-30 blunts per ounce of weed, although it depends on your personal preference of blunt size.

How much weed is in a joint?

As mentioned above, each joint will have about half a gram of weed. As with anything, you can make these smaller or bigger depending on your preference.

You can stretch this out by adding in tobacco to create spliffs.

Is one gram of weed enough to get you high?

How Long Does THC Stay In Your System?

Is It Ok To Use Marijuana While Taking Vyvanse?