How to Stop a Panic Attack While High

Overview – What Is a Panic Attack?

Have you ever found yourself sitting in a large conference room waiting for your team to arrive and the big meeting to start—then looked down and realized you were naked? Thankfully (or hopefully?) it was just a dream, but it sure made your heart race, didn’t it?

Chances are you were nervous about the meeting, and that underlying anxiety took form in your dreams bringing on a panic attack. In general, panic attacks are episodes of intense fear accompanied by strong physical reactions.

Although they are not life-threatening, they can be overwhelming and if they occur often enough, they can cause severe harm to a person’s quality of life.

Why Does Marijuana Make Me Anxious?

Your ECS is made up in part of a series of receptors called CB1 and CB2 receptors that are located throughout the body and brain. The body also makes its own cannabinoids that bind to the receptors when changes in the body occur.

The cannabinoids in marijuana are structurally similar to human cannabinoids, so they too find it easy to bind to these same receptors.

THC, as you probably know, is the cannabinoid in marijuana that brings on euphoria. However, when this cannabinoid binds with a receptor, particularly with any of the large quantities of receptors in the brain’s amygdala–the part of the brain that deals with emotions and stress–it takes control and modifies its function.

Often, rather than calming an individual, this interaction will lead to increased anxiety and paranoia.

Symptoms of Panic Attacks From Marijuana

Getting high is fun, but experiencing a panic attack as a result of getting high definitely isn’t.

As you now know, panic attacks are often the result of introducing too much THC into your body. If you’ve never had a panic attack before and then over-ingest THC, it can be frightening.

You may think you’re in the throes of a heart attack or be convinced you are going to die. You can certainly call your doctor, but in all likelihood, the unpleasant symptoms will pass when the cannabinoid works its way out of your system. 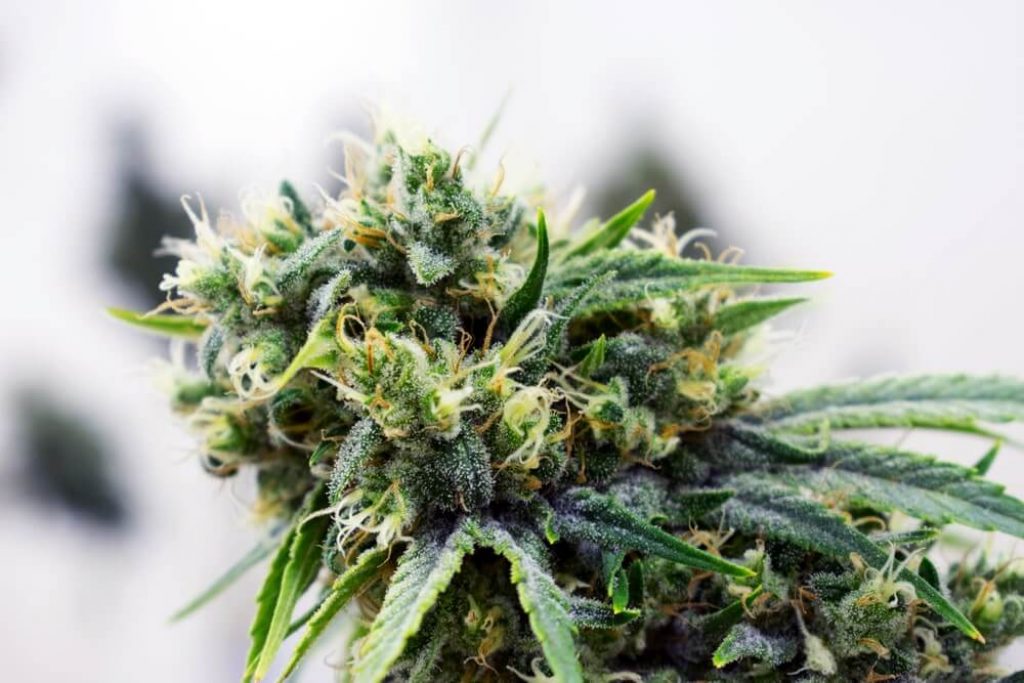 How To Stop Your Panic Attack While High

The first step in dealing with and stopping a panic attack is to recognize when you are having one. Then it’s a matter of applying one or more of these helpful suggestions:

1. Reassure Yourself: Recognizing a panic attack and knowing that the physical sensations you are experiencing are temporary can help to bring calm.

2. Take Deep Breaths: In out. In out. Concentrate on taking long, deep breaths and exhaling deeply.

3. Relax Your Body: A good technique is to focus on relaxing one part of your body at a time, slowly moving up from your feet to your head and allowing your muscles to ease.

5. Inhale Lavender: Lavender along with sweet basil, coriander, bay laurel, and other plants contain a terpene called linalool which creates sedating, calming effects when inhaled and can help reduce feelings of anxiety. In fact, aromatherapy, in general, can help you to relax. Try lighting a scented candle or fixing yourself a cup of herbal tea.

6. Distract Yourself: Flip on the TV and watch something pleasant. Play a computer game or call a friend. Don’t go overboard. The idea is just to get your mind fixated on something else.

7. Take Some CBD: A non-psychotropic compound, CBD can dampen the effects caused by THC.

How to Prevent Future Panic Attacks While High

Is it possible to overdose on THC? If you’ve ever experienced a panic attack while high, that thought might have been coursing through your head over and over again.

Fortunately, while research on the effects of marijuana is still decidedly limited, there is nothing to date to suggest that this can happen.

However, your or anyone else’s panic attack while high is a testament to the fact that what does not kill you, won’t necessarily make you stronger. Or better said, it isn’t good to ingest too much THC.

Here are a few pointers for preventing or limiting such panic attacks.

When it comes to cannabis, how experienced a user are you? What is your personal breaking point between euphoria and panic?

How long does weed even stay in the body after a single hit? Every person’s body chemistry and tolerance are different, so the answers to these questions will differ from person to person. 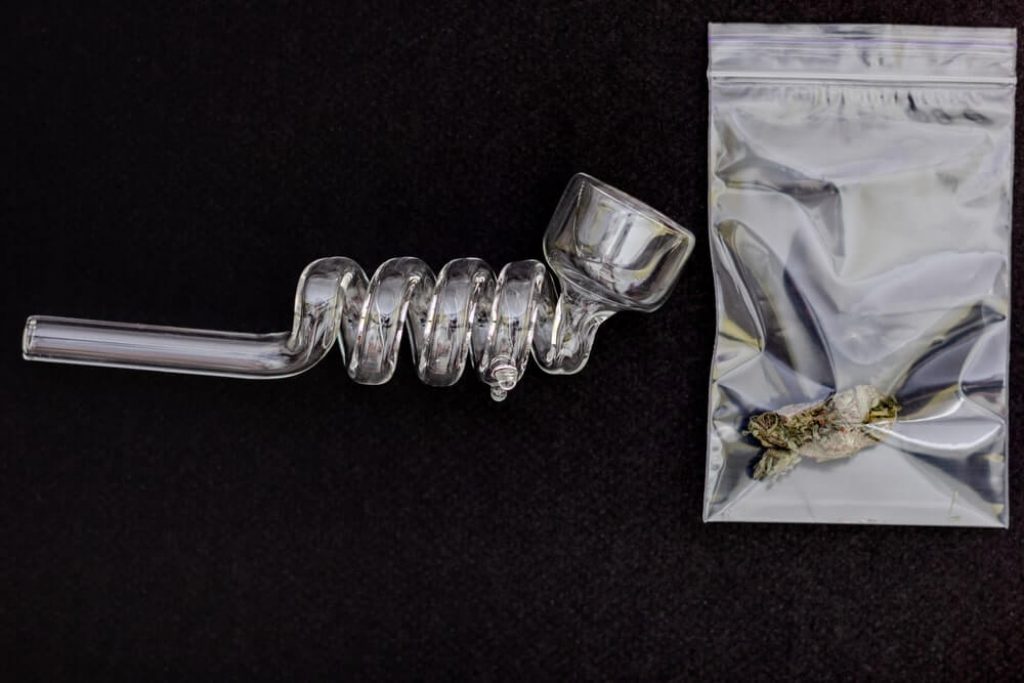 As a rule of thumb, however, if you want to avoid a panic attack, stick to a dosage that you know works for you. And if you want to push the envelope, do it in very small increments.

CBD oil can work wonders on tamping down the effects of too much THC. So be sure to have an ample supply from a reputable dealer on hand whenever and wherever you get high.

These days too many growers are trying to outdo their competitors by creating strains with higher and higher THC content. It’s really not necessary. If you want to get high but not lose your mind in the process, stick with a strain that provides a more relaxing high. ACDC, Jack Herer, and Remedy are three examples.

Talk to a dealer you trust and get a few good recommendations.

Everyone can have a panic attack once in a while. But if you’re experiencing them all too frequently, it can be cause for concern.

Do I Have Panic Disorder?

According to the National Institute of Mental Health, a panic disorder is “an anxiety disorder characterized by unexpected and repeated episodes of intense fear.”

These episodes are accompanied by a variety of symptoms much like those discussed earlier. If you have a panic disorder, the episodes can arise without warning and not in relation to any real or present danger around you.

A panic disorder can interfere in all aspects of a person’s life. However, some of the same symptoms that go hand in hand with panic attacks and panic disorders are also prevalent in people with heart or thyroid problems.

If you’re concerned you may be suffering from a panic disorder, see your doctor for a thorough evaluation.

They are. The most common treatment is a combination of psychotherapy, which helps patients learn coping techniques along with medications.

Common medications include benzodiazepines which are prescribed to treat anxiety. Selective serotonin reuptake inhibitors (SSRIs) such as Prozac and Zoloft are also commonly prescribed.

Panic attack sufferers are also encouraged to make lifestyle adjustments, if necessary, to ensure they get adequate sleep and physical exercise. They may be encouraged to avoid alcohol, caffeine, and smoking as well as recreational drugs.

Are All Panic Attacks the Same?

No, they aren’t. There are different kinds of panic attacks, and are generally categorized as follows:

1. Expected – These are attacks that might be triggered by a particular fear or incident. For example, if a person has a fear of heights, they may experience a panic attack when approaching the top of a tall building.

2. Situational – These panic attacks may occur when the sufferer anticipates being put in a social situation such as having to speak before a group of people or attend an event.

3. Unexpected – These are attacks that occur suddenly and without warning, that are not triggered by any internal or external cues.

Panic attacks can also rear their ugly heads as part of larger disorders such as post-traumatic stress disorder (PTSD) or social anxiety disorder.

Most people will experience panic attacks at least once or twice in their life. They are not enjoyable, but they tend to pass when the situation that triggers them fades away.

If, however, you experience panic attacks while high, THC may be playing a role. It’s important to note that they, too, will disappear when your body has shed the cannabinoids from your system.

There are many ways to ride the panic attack out during that time. But if you want to avoid them altogether, tone down your intake, stick with less potent strains and keep some CBD close by.

How to Sober Up When You're High

How to Waterweed Plants - Tips to Avoid Overwatering and Underwatering