Is it Possible to not be Able to Get High from Marijuana?

Like most substances, marijuana will affect everyone differently. While some people get high on a moderate amount, others are a lot more sensitive.

Basically, the way cannabis affects a person will typically depend on genetics and body chemistry. In addition, many experts agree that medical conditions can be a factor in how cannabis affects the body.

As well, certain hormones can block the THC that causes you to get high. There are numerous reasons why someone may not get high from cannabis.

For example, the marijuana you are smoking may not be good. In fact, the lifespan of cannabis can vary. In result, knowing how long marijuana stays good can be quite helpful in resolving why you are not getting high.

On the other hand, you may also have a buildup of THC in your system. In truth, it is not uncommon to wonder how long THC stays in your system. THC buildup can vary depending on how often you smoke and the strain.

How Your Genes Influence Your Response to Cannabis

One of the most common influences in how you respond to cannabis is your genetic make-up. In fact, one of the most current studies published in the journal Nature Neuroscience (2019), discovered that a variable in the gene CHRNA2 could raise the risk of cannabis addiction. 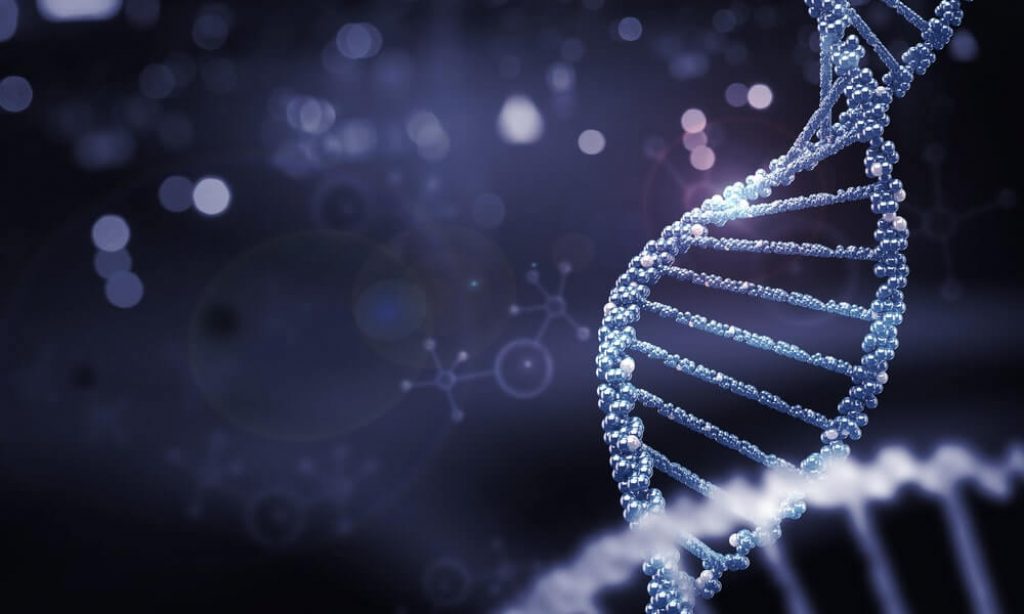 While the gene CHRNA2 doesn’t indicate the susceptibility to cannabis addiction, it does increase the odds of heavier drug. However, every individual has their own set of variables and how they react to cannabis.

For instance, along with genetics; age, percentage of body fat, gender, and consumption frequency will greatly influence your response to marijuana.

Can Some People Not Get High?

Contrary to popular belief, not everyone gets high from marijuana. In truth, there are numerous variables that can affect the “high” from smoking or consuming cannabis.

For example, there are some individuals with medical problems where weed greatly affects their disposition and condition. In fact, it is not unusual for people with or post-traumatic stress disorder (PSD) or fibromyalgia to report that marijuana gives them clarity and energy. 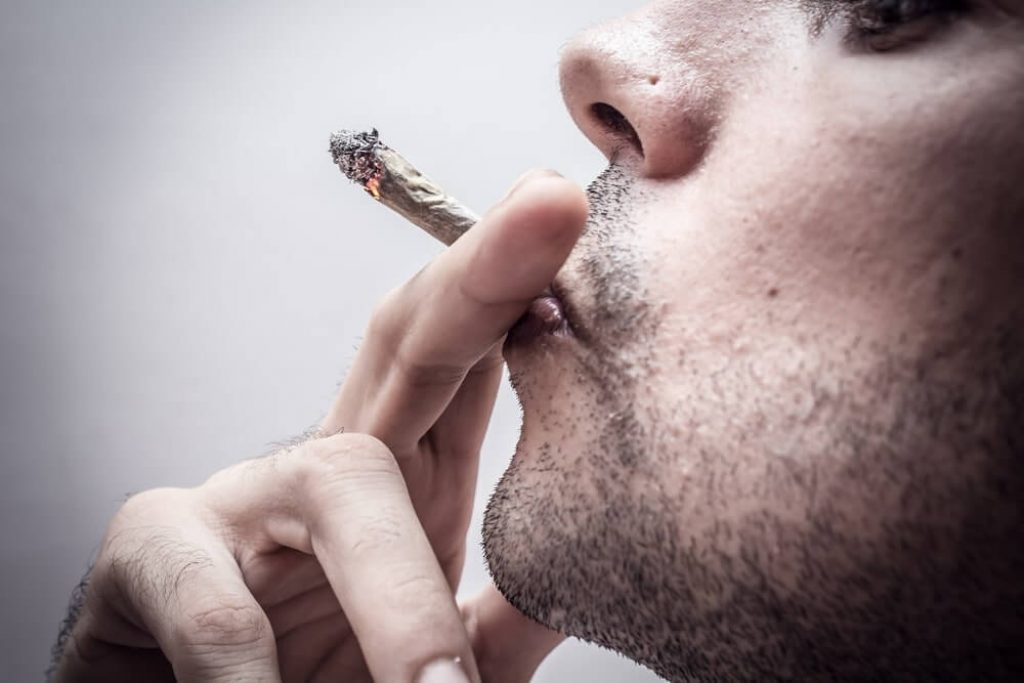 According to Dr. Ethan Russo, a medical and neurologist researcher, some people are unable to get high from cannabis because they have an endocannabinoid deficiency. Dr. Ethan Russo further states that when you eat or inhale the psychoactive plant, THC seizes the cell receptors that your body’s endocannabinoids system would normally produce.

Further, Dr. Ethan Russo claims that individuals with certain medical conditions may not produce enough endocannabinoids. This is especially true with people who have fibromyalgia, irritable bowel syndrome (IBS), and migraines.

Additionally, people who have mental health conditions like PSD or bipolar disorder may also have an endocannabinoid dysfunction.

Can You Be Immune to Weed?

Although it’s possible, the likelihood of being immune to weed is pretty slim. Basically, it’s because the endocannabinoid system is part of the human make-up. It is one of the systems that make us human. Other biological systems include the respiratory system, the nervous system, and the circulatory system.

You would be pretty dysfunctional without your endocannabinoid system. It is said to possibly regulate both cognitive and physiological processes like appetite, moods, memory, pain-sensation, pre- and postnatal development, pregnancy, fertility, and numerous activities of the immune system.

On the other hand, you can have a high tolerance to weed. A high cannabis tolerance can be caused by

In addition, the liver also plays an important role in processing cannabis in the body. Prior to cannabinoids going through the bloodstream and brain, it first passes through the digestive system and liver. 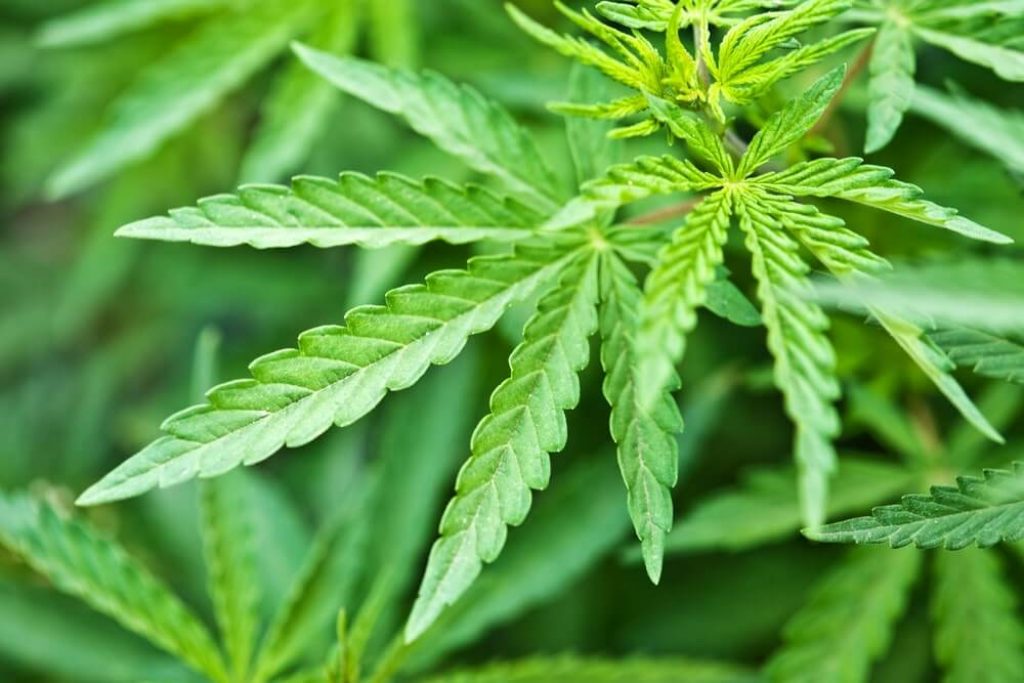 The liver has numerous enzymes including protein that is programmed with your DNA. One of the more prominent enzymes in the liver transforms delta-9-THC into 11-hydroxy-THC. In fact, 11-hydroxy-THC is actually more powerful at activating CB1 receptors and generating intoxication.

Additionally, because the liver has different levels of efficiency and it’s a diverse organ, the high from weed can greatly vary between individuals.

What Causes a High?

Cannabis is composed of 483 chemical compounds. This includes about 100 cannabinoids. The primary psychoactive component of the plant is tetrahydrocannabinol (THC).

However, the ability to get high depends on a wide variety of factors. Generally, most people can feel the high from marijuana. But then again, a small amount of people do not feel the effects of cannabis whatsoever.

How do you know if Your Sensory Perception is Heightened

One of the most common sensory perceptions after smoking weed is feeling hungry. In fact, the intense hunger is actually given a name called the “munchies”. 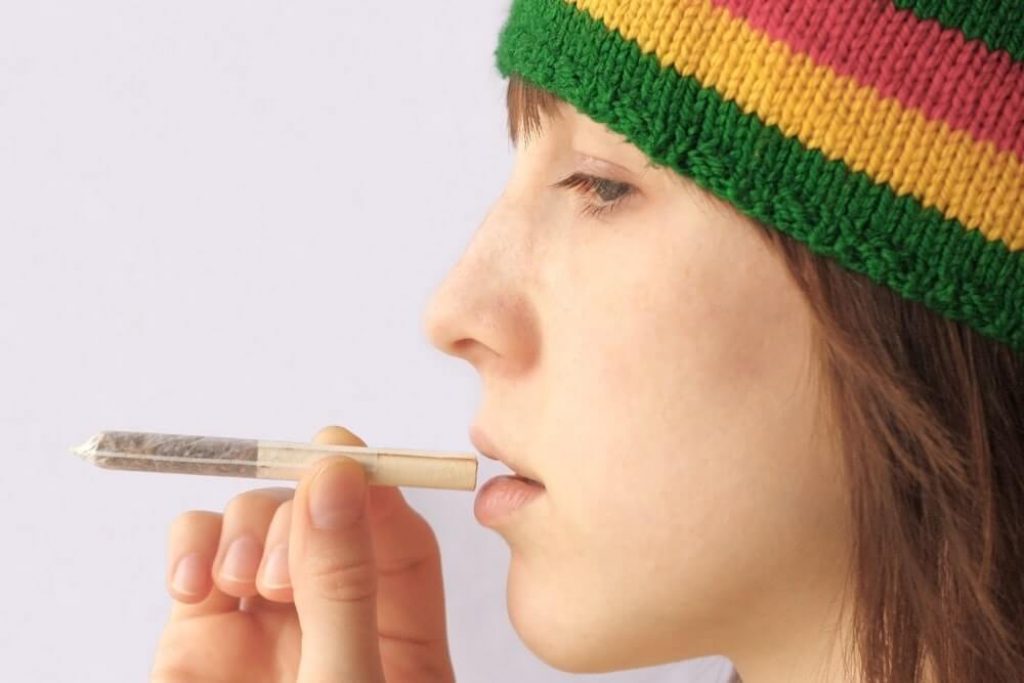 However, you can prevent the experience of heightened sensory perception by using a few techniques like

As well, you can shorten the episode length of time by vaporizing or smoking as opposed to ingesting

How Much Cannabis Does Each Person Need?

Trying to determine how much cannabis you need can be a challenge. However, the average dosages are between 20 and 1,500 milligrams (mg) per day.

Then again, when it comes to CBD, there is still a lot that is unknown. A good rule of thumb for beginners is to start slow and use the minimum dose of THC.

Keep in mind that dosage amounts vary between individuals. In fact, most doses are determined by trial and error.

As well, doses can change depending on circumstances, medical conditions, and other factors such as strains and cultivars or the method of consumption. Typically, vaping 5 mgs of THC is not even close to the strength if you were to eat the same amount. 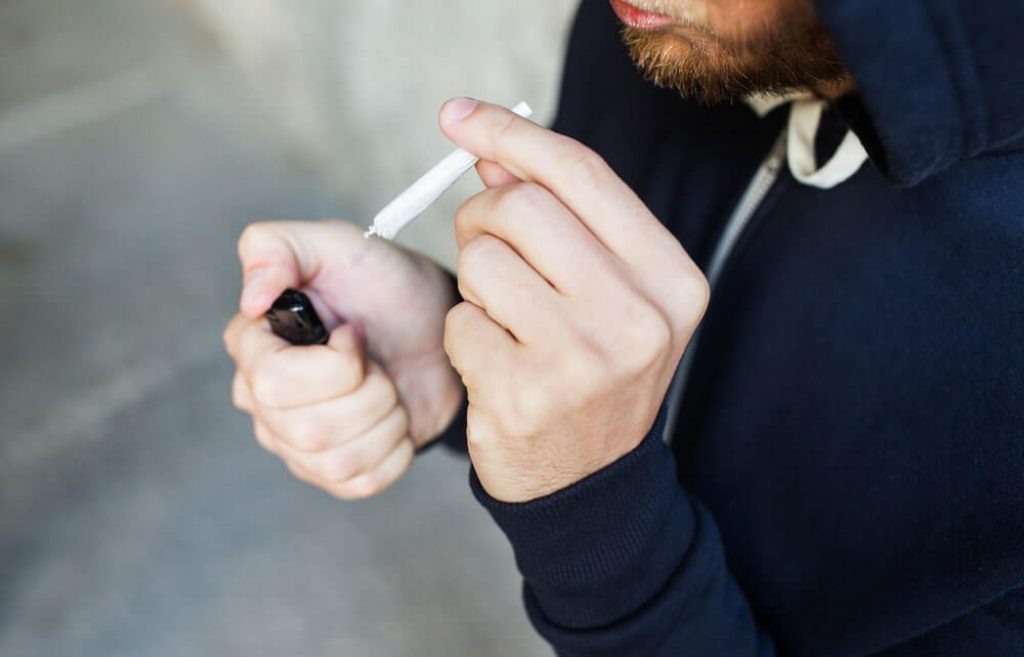 The safest is to microdose , which is to consume small amounts until you determine the right dose for your personal needs. A microdose will help prevent major side effects yet will relieve your symptoms.

As well, you should keep a log book of your use, especially if you are new to using. That way you can evaluate the results and eventually determine the ideal dosage.

Basically, keep track of the amount you use, the strain, the effects, and how you consumed. Also keep in mind that everyone is different.

The dose a friend or family member uses may not be the dose that you should be using. What is more, if you take too high a dose it can have side effects such as anxiety, a panic attack, or other negative experiences.

Why THC gets you High and CBD Doesn’t

Now more than ever, people are using CBD for medicinal purposes to combat various health issues. Unlike THC, CBD does not get you high. In fact, there is a huge difference between THC and CBD.

Both substances are derived from the same plant plus they work in similar ways by influencing the endocannabinoid system. However, the effects are immensely different when consumed.

The biggest difference between CBD and THC is that CBD doesn’t get you high and THC does. THC or Tetrahydrocannabinol is the only psychoactive chemical found in marijuana.

It’s what gives you an intense euphoric feeling and heightens your body senses. This is because THC triggers certain reward circuits in the brain such as boosting your mood. 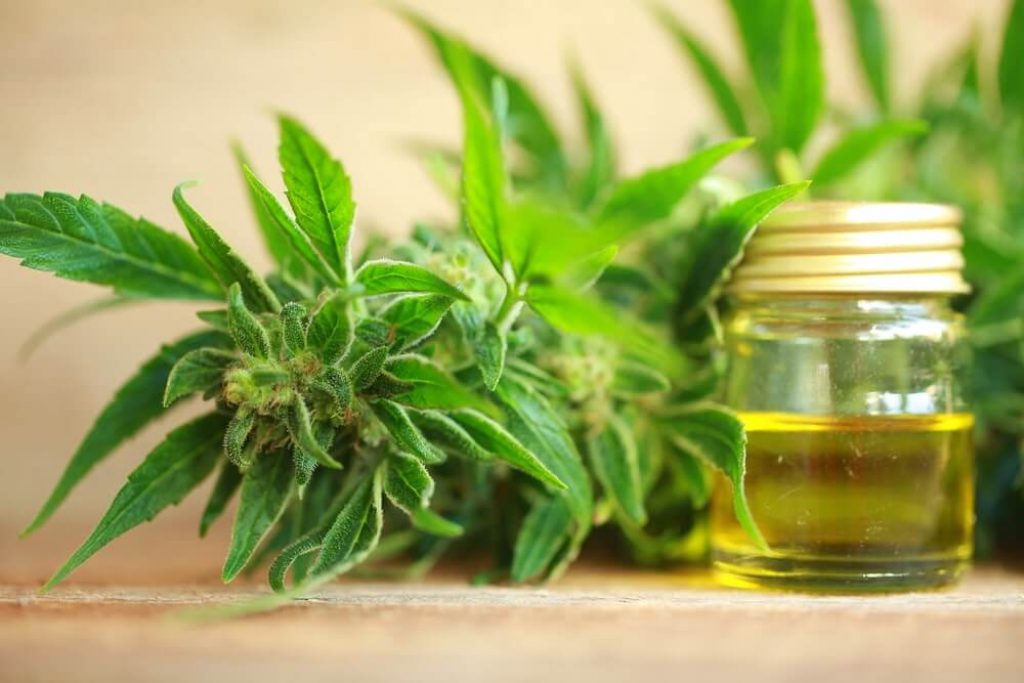 CBC or cannabidiol is entirely a non-psychoactive cannabinoid and does not get your high. However, some users experience unique feelings from its therapeutic effects.

Another difference between THC and CBD is that THC binds to both CB1 and CB2 receptors to trigger numerous processes in the body. In actuality, it is the CB1 receptors that deliver intoxicating effects.

In contrast, CBD does not bind to CB1 receptors and therefore cannot get you high. In fact, you will not feel any psychoactive effects if you consume just CBD.

When it comes to drug tests, you never have to worry about failing the test if you only take CBD. However, since THC generates the psychoactive affects it your body, you most likely will fail a drug test if you haven’t cleansed your system.

First Time Smoking Weed: Why Didn’t I Get High?

The first time most people smoke marijuana they do not get high. In fact, many don’t feel anything at all. What is more, it generally takes multiple times before you can feel any type of sensation or intoxicating effects. 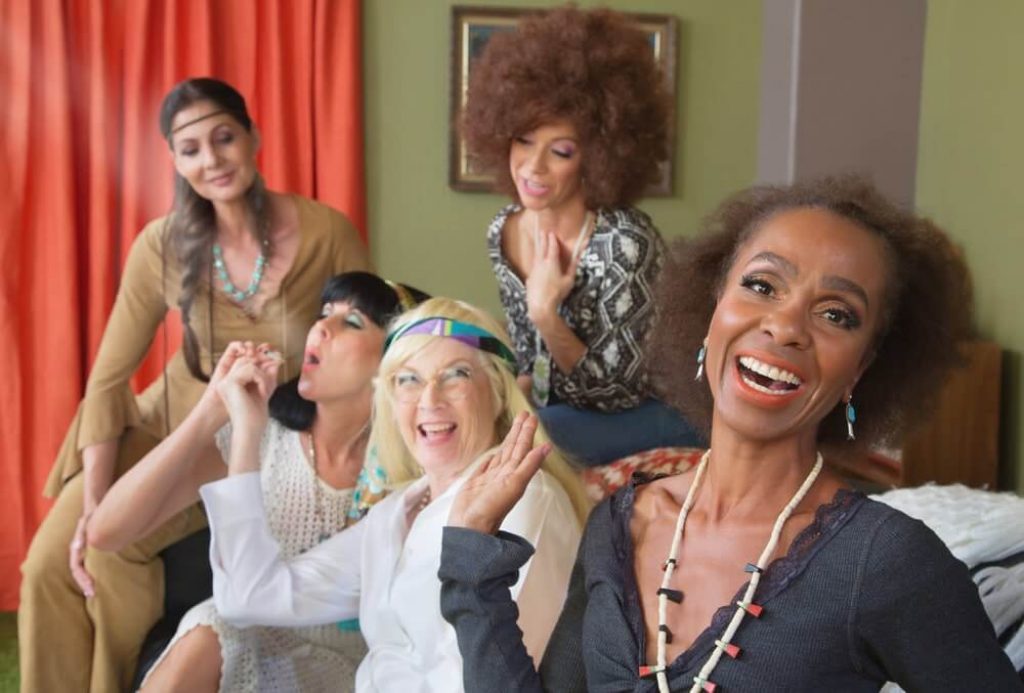 However, there are many theories as to why you have to smoke a few times before you feel the effects if weed.

You May Have Bad Weed

Sometimes you may just have bad weed. For the most part, you can get high from a cheaper quality strain but you have to smoke a lot more of it. If you are not sure if you have poor quality weed, there are a few things that you can look for.

You May Have CBD Flower

Sometime a grower may accidently sell you weed that is high in CBD and not THC. In fact, CBD flowers are very beautiful and have an amazing aroma. However, you will never get high off of CBD flowers no matter how much you smoke.

Although mistakes happen, it is always good to know what you are buying and how to identify quality weed that is high in THC.

Getting High on Marijuana

Today, there is still intensive research being done on why some people get high just being around the smoke while others struggle just to get the slightest buzz. If you are having a difficult time getting high, don’t give up, especially if you are a first time user.