Is weed a stimulant?

Marijuana has only recently become legal in much of the US and thus many who are trying marijuana for the first time might be curious about how it will impact them. Given the myths around marijuana, it’s easy to see how misinformation could spread.

Before you decide to smoke or otherwise partake, it’s a good idea to get some basic information about what kind of effects marijuana might have on your body and on your mind.

What are the main drug types?

Though there are many subcategories out there, most drugs can be divided into one of three major categories. Most drugs are either considered to be stimulants, depressants, or hallucinogens.

Though marijuana does share some of the effects of drugs in each of those three categories, it is often considered a category unto itself because of its unique relationship to the human body.

What Category Does Cannabis Fit in?

Because of its unique mixture of different effects, it’s impossible to classify cannabis into just one of the basic drug categories. Instead, most researchers consider cannabis to have elements of all of the major categories, leading both to its reputation as a “gateway drug” and to its utility as a therapeutic tool. 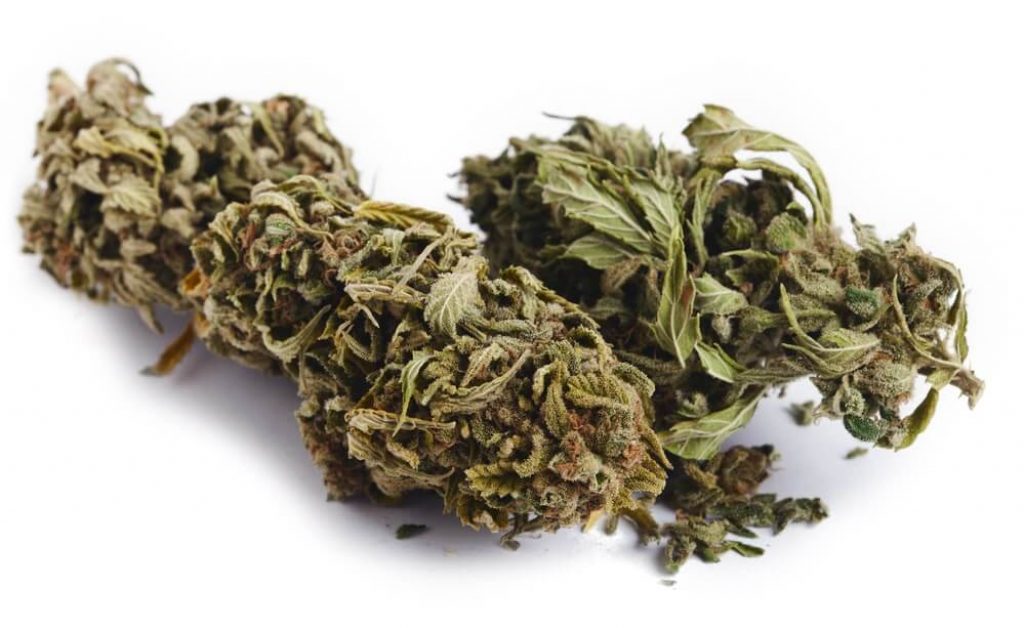 Looking at the different effects of marijuana on the body and mind can help many would-be users to determine where best to slot in this substance among the many other recreational and prescription drugs that are currently on the market.

Weed as a depressant

Depressants are a class of drug that impact the central nervous system. Most depressants are known to impair or otherwise slow down reaction times and bodily functions, though many of these substances are also used to treat anxiety and muscle issues.

Marijuana shares the following side-effects with many relaxants:

Like most other depressants, marijuana is unlikely to cause any kind of physical dependence. It does, however, cause one to build up a tolerance to the active ingredients over time, so many find the amount of marijuana they need to consume over time rising as the effects fade away.

Weed as a stimulant

Stimulants are another class of drug that impact the central nervous system. Stimulants can allow users to focus better, improve their mood, and even to feel more alert.

They have a physical impact on users as well, increasing the heart rate of users while also increasing blood pressure. 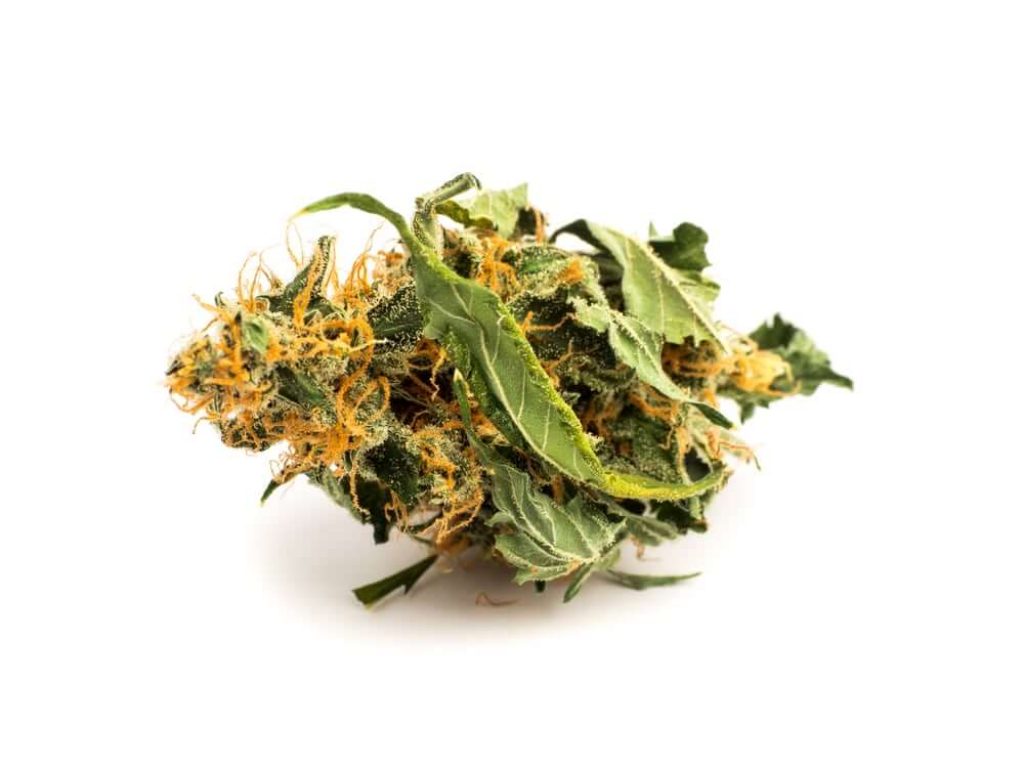 Though marijuana is rarely considered a stimulant, it does share several key side-effects with stimulants such as:

Though one can become psychologically dependent on marijuana, it is far less likely to cause any kind of physical dependency than true stimulants. Individuals all have different reactions, of course, but marijuana is usually considered safer than most drugs in this class.

Weed as a hallucinogen

Hallucinogens are a wide class of drugs that impact an individual’s perception of reality. Possibly the least understood on a functional level, a wider range of drugs fall under this category than one might expect.

The umbrella is wide enough, in fact, that it often encompasses marijuana. Though marijuana is famous in the media for its hallucinogenic effects, the truth is that these effects aren’t always widely seen and that many users would be surprised to that weed could be considered hallucinogenic at all. 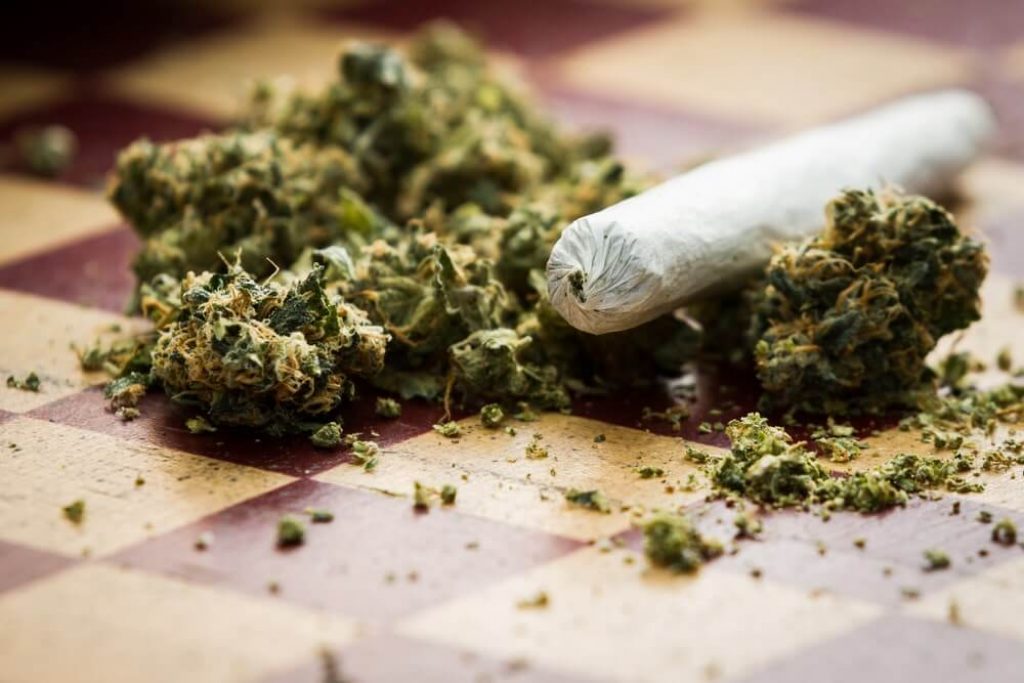 With that said, marijuana does share many side effects with hallucinogens, including:

Marijuana does not, however, cause many of the more severe psychiatric problems that can occur due to overuse of hallucinogens. With that said, there are some who use marijuana who find that they suffer from anxiety or depression after prolonged usage.

Is marijuana a stimulant agent that can benefit people with mental health problems?

Though marijuana is not technically classed a stimulant alone, it does have some effects that can be used to treat individuals who suffer from a variety of mental health problems. As marijuana shares some of the same mood-elevating effects that are found in many types of stimulants, it has been successfully used in treatment for conditions like depression.

What are Two Major Types of Marijuana?

With this said, the actual chemical makeup of each strain has more to do with the impact of the marijuana than the classification of the plants themselves. It’s always a good idea to get an idea of what kind of cannabinoids and terpenes are in any kind of marijuana before making any assumptions about what kind of impact it will have on you.

When To Stop Using CO2 During The Flowering Stage