Most people know what arthritis is, but if you ask them what they know about gout, you may get a blank stare. A gout is actually a form of arthritis caused by a build-up of uric acid crystals in the joints.

It causes the sufferer to experience severe inflammation and pain with attacks coming on suddenly. The vast majority of gout cases are due to the kidney’s inability to rid the body of uric acid in the proper way.

More often than not, gout attacks the metatarsophalangeal joint. That is the joint between the foot and the big toe. However, it can also affect other toe joints, ankles, and knees.

It joins the list of other major arthritic conditions including fibromyalgia, psoriatic arthritis, rheumatoid arthritis, and osteoarthritis.

As noted above, gout occurs as the result of uric acid crystals accumulating in the joints–particularly in the foot’s big toe. Thus, the major symptoms of gout are sudden spikes of pain in the toe joints.

The worst of the painful spikes will be in the first 8 to 12 hours but can last for days or even a week if left untreated.

Even after the initial spike in pain subsides, discomfort can linger for days or even weeks at a time. Gout sufferers will experience inflammation of the joint(s) with the area becoming swollen and tender.

They may see redness in the affected area. They may also experience fever and fatigue.

As the condition progresses, sufferers may lose mobility of the affected joints.

How Cannabis Works on Gout

Without getting too science-y on you, cannabis works because it interacts with the human ECS system, the part of the body that moderates mood, memory, appetite, and other functions of the body, including pain. When introduced to the body in inhaled, edible, oil or topical form, the cannabinoids in cannabis stimulate the receptors in the ECS system to reduce pain, swelling, and inflammation.

Research on Gout and Cannabis

As per the 1970 Controlled Substances Act, the U.S. federal government classifies cannabis as a Schedule 1 drug, which essentially means they see it as having no medicinal value and that it has a high potential for addiction and abuse. Because of that classification, there has been limited research on cannabis and its potential medical benefits.

This can be a difficult pill to swallow, especially since we know China and other civilizations have used cannabis for centuries to treat various health conditions.

For example, Egyptian writings dating from 1500 B.C. indicate that topical applications of cannabis were used to reduce inflammation. The Roman Empire also made use of the anti-inflammatory properties of cannabis.

But that’s not to say that no research has been done in the United States. And thanks to the work of researchers and physicians, many of them outside the United States and the federal government’s reach, we know that there are a lot of health benefits that can be derived from cannabis.

With respect to gout, there have been a few studies done. One of the most interesting is a 2015 study that can be found in the European Journal of Pain. In the study, rats who had gout were treated with CBD patches.

After monitoring the results, the researchers found that a daily dose of CBD decreased pain, inflammation, and swelling caused by gout.

In a 2020 survey published in the American Academy of Orthopaedic Surgeons, doctors reviewed treatments for 629 people suffering from arthritis with chronic musculoskeletal pain. In the study, one of every five were each given CBD to address their pain and inflammation.

Of those who were given this treatment, 90 percent found the treatment effective. In addition, 40 percent reported they required less of their other pain medications.

While the study was not specifically done on gout patients, doctors are hopeful that the positive results on other forms of arthritis are an indication that they would be equally successful on gout patients.

One of the exceptionally good things about using CBD for gout is that it can be consumed in different forms. For example, rather than smoking marijuana or taking edibles to get it into your system, it can also be applied topically and directly to the affected area.

This can be particularly helpful for people with asthma or other lung conditions where smoking marijuana is especially not beneficial.

Should You Use Marijuana To Treat Gout?

Traditional treatments for gout include taking over-the-counter medications such as ibuprofen and naproxen. More severe cases may be treated with corticosteroids.

But there are risks and side effects to taking oral or injected medications. It’s why many people look for other treatment options.

If you suffer from gout, marijuana can’t offer a cure. But the CBD in marijuana can help to relieve the pain and inflammation from an attack.

In addition, there are no major side effects or complications associated with using CBD. Many, though not all, states have legalized medical marijuana, and if you think CBD may be a possible, helpful treatment, be sure to talk to your doctor about it.

One of the best ways to prevent gout is to follow a diet that is low in purine-rich foods such as red meats, turkey, veal, bacon, anchovies, sardines, trout, tuna, mussels and scallops. Instead, substitute these sources of protein with those from low-fat dairy products. You should also:

A gout is a form of arthritis that typically affects the joints in the big toe, other toes, and occasionally the ankles and knees. The associated pain and inflammation often come in spikes, and the attacks can last hours, days, or weeks.

Over time, it can have a crippling effect.

While there hasn’t been a huge amount of research in the United States on the effects of cannabis on gout, we do know that ancient civilizations have long harnessed the anti-inflammatory and pain-relieving qualities of cannabis to help relieve the symptoms of various illnesses, including forms of arthritis.

The United States has been painfully slow in accepting marijuana for its medical benefits, but as time goes on, more states have legalized the plant in the medical form. If you suffer from gout and live in medical marijuana–approved state, it may be worth your while to talk to your doctor about whether it can help your condition. 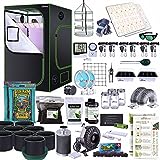 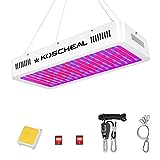