What is Bipolar Disorder?

Bipolar disorder is a mental health condition that causes one to experience often unpredictable episodes of extreme mania and deep depression.

People in the throes of a manic episode may exhibit high levels of energy and take on overly ambitious tasks. They may behave far more aggressively than what is usual for themselves normally, and they may try out risky behaviors.

However, when their mood swings begin to shift toward a depressive state, they may become angry and frustrated that they are unable to complete the projects they began. They may find it difficult to focus and complete even the simplest of tasks.

Feeling exhausted, they can find it difficult to get out of bed. During a particularly depressive episode, they may even become suicidal. These emotional highs and lows may also be accompanied by symptoms of psychosis including hallucinations and delusions.

About 2.6 percent of Americans suffer from bipolar disorder. It is typically treated with therapy and prescription medications.

The term “bipolar” refers to the two opposite poles of mood swings a person who suffers from the disorder experiences. Therefore, the signs and symptoms will depend on whether a person is experiencing a manic episode or a depressive one.

Signs of a manic episode may include:

Signs of a depressive episode may include:

The severity and the duration of an episode may vary from person to person. Left untreated, bipolar disorder can result in the inability to hold and keep a job, broken relationships, substance abuse, and suicide.

Does Cannabis Help with Bipolar Disorder?

The jury is out on this one. While several studies have found that the use of marijuana over the short term can elevate mood and reduce anxiety, over the long term the results don’t appear to be nearly as beneficial.

How well a bipolar patient responds to medical marijuana will also depend on whether they are taking mood-stabilizing pharmaceuticals as well. If the two are combined, the negative outcomes tend to be greater. 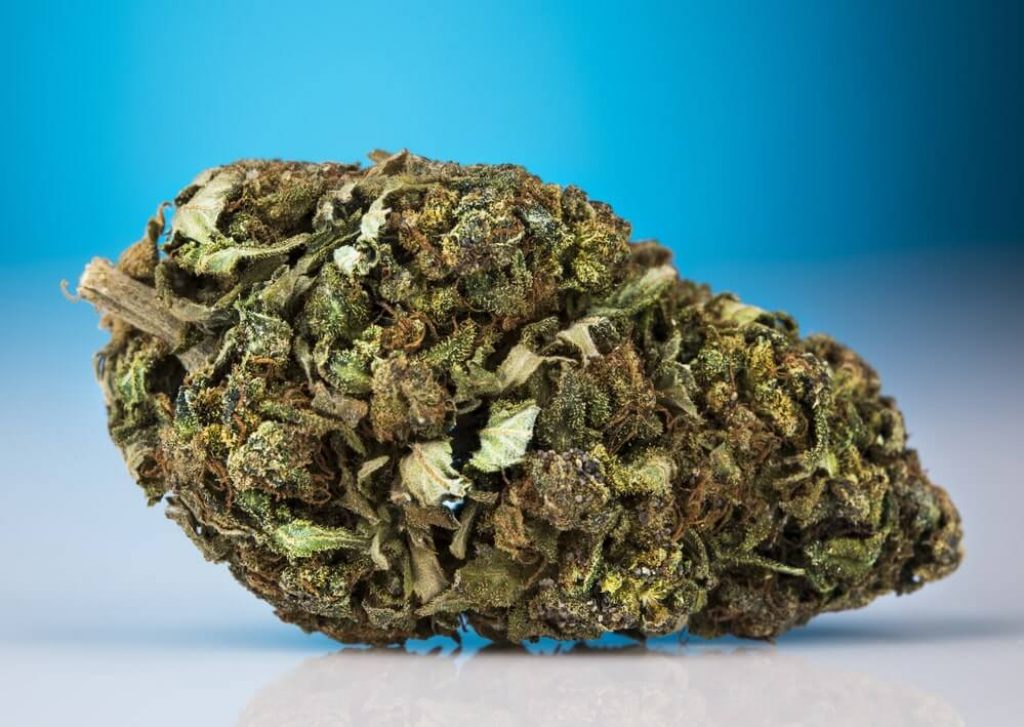 Why this happens isn’t quite clear. One of the problems with determining the cause of these problems is that people who use marijuana on a regular basis don’t traditionally follow medication schedules as well as those who don’t use it.

And when it comes to taking mood-altering medications, it is important to take your medications when you are supposed to.

Multiple studies, including one from 2015 published in the Journal of Affective Disorders determined that the use of marijuana in the treatment of bipolar disorder might actually increase the risk of manic symptoms. In the same year, a separate study concluded that bipolar sufferers who used marijuana attempted suicide at a higher rate than those who did not use it.

In fact, studies have found that marijuana tops the list of drugs abused by people suffering from bipolar disorder. Over the long term, increasing the use of marijuana may result in psychosis, increased rapid cycling, and worsening depressive episodes.

This is why it is important not to self-medicate. But if you find you must use marijuana to help relieve the symptoms of bipolar disorder, talk to your personal physician first.

It is imperative that you avoid heavy marijuana use.

However, there is one caveat to the 2015 study. Researchers found that those patients tended to use marijuana when they were having a better day than most, and not when they were experiencing really bad days.

It makes sense. If a bad, depressive day makes it next to impossible to get out of bed, how likely would one be to go to the trouble of rolling a joint and smoking it?

Sativa or Indica? The Right Strain to Treat Bipolar Disorder

In the above-referenced studies, none put their focus on any particular strain or dosage of marijuana. And it’s not at all clear whether there is a right strain to treat bipolar disorder.

One thing that is clear, however, is that Sativas and Indicas have certain qualities that can lift moods or calm them.

In general, Indicas are known for their calming qualities which help to relieve anxiety and allow people to sleep. For this reason, they are seen to be potentially beneficial for people experiencing the symptoms of manic episodes.

Sativas, on the other hand, are recognized for their energizing, uplifting qualities. They elevate mood and could be useful in pulling a person out of a depressive episode.

It should be noted that the strains listed here have not been clinically proven to effectively treat bipolar disorder. Rather, we list them because they each have qualities that bring on certain feelings in most users.

Keep in mind, also, that if you smoke or otherwise ingest any strain of marijuana while also taking a pharmaceutical to treat bipolar disorder, there could be an interaction between the two. This is something to always be aware of whether you are taking over-the-counter pain medications, antibiotics, or prescription meds.

As with any mental health disorder, if you are thinking about using cannabis to treat bipolar disorder, we urge you to talk to your physician about it first.

At 95 percent Sativa, this strain is widely recommended by doctors in the treatment of chronic stress and depression. People tend to feel more energetic and optimistic after a smoke.

People experiencing a depressive episode of bipolar disorder may have feelings of anxiety and depression. They may suffer from headaches. 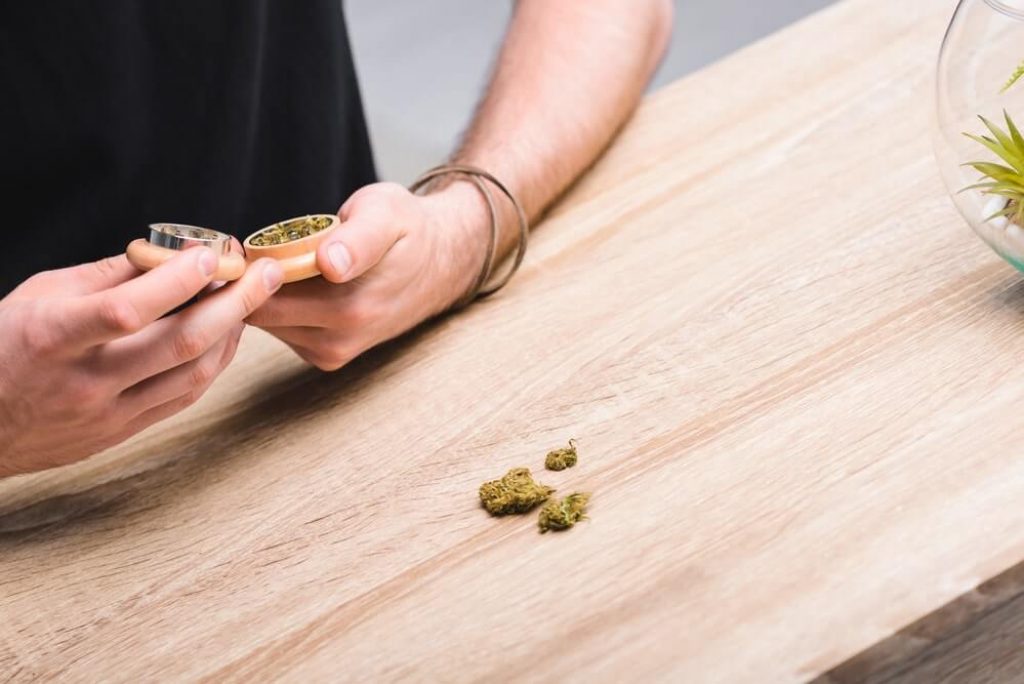 Blue Dream, also known as Blueberry Haze, is a Sativa-dominant strain known to bring on an uplifting, energetic high that might help pull a person out of their unhappy mood.

Unlike Lamb’s Bread or Blue Dream, this cannabis strain is Indica-dominant (about 60 percent) but often with a very high THC content. So you’ll need to go easy with it.

Headband could be a good short-term solution as it is known to relieve stressful thoughts for at least two to three hours by putting your brain in a fog.

Depressive bipolar episodes can sap your energy and cause you to lose your ability to focus. This Sativa strain, however, has proven to both lift one’s moods and foster creativity.

It is also helpful in dealing with loss of appetite, stress, and fatigue.

For those whose depressive moods create a lack of focus, this 80 percent Sativa-dominant strain from the Hawaiian island of Maui may help bring both focus and energy back to the forefront. The THC content in Maui Wowie hovers around 20 percent and can bring on a sense of euphoria.

If you’re looking for a definitive answer about whether marijuana use will help or hurt a person with bipolar disorder, you’re out of luck. Studies so far have been both contradictory and inconclusive.

More research needs to be done on this topic and that takes time. Some people have reported that certain strains can improve mood, a hopeful thought for those who experience painful depressive episodes.

However, others have found it can increase feelings of suicide or make manic episodes even worse. Doctors and scientists also need to look at how marijuana use impacts bipolar patients when taken over long periods of time.

So, if you suffer from bipolar disorder or know someone who does and who is interested in trying marijuana as either an additional or alternative treatment, it’s probably best to stick with traditional treatments for now.

Either way, talk to your personal physician about it. It’s always in your best interests to keep your doctor involved.