Spraying Buds Before Harvest to Get Rid of Powdery Mildew

There are some annoyances with which no good cannabis grower wants to deal. Whether it’s through a moment of inattention or plain bad luck, though, you’re going to have to learn how to power through these problems.

One such issue is White Powdery Mildew (WPM), a common problem that can start off fairly minor but that can have huge consequences. As a grower, you need to know how to identify this problem as well as how to fix it when it occurs.

What is Powdery Mildew?

Powdery Mildew is an easy-to-identify but deceptively problematic kind of fungus. It has a tendency to grow on plants and reproduces far more quickly than you might expect.

In time, it will become the kind of thing that you can spot without a moment’s hesitation; for now, though, you’ll need to know why it might occur and how to identify it when it shows up.

There are a few different issues that can run together to create a perfect environment for powdery mildew. The first is humidity; usually a good thing when growing plants, fungus loves it and can grow more quickly because of it.

To get started, though, the fungus needs relatively stagnant air to get where it needs to go. This means minimal airflow. 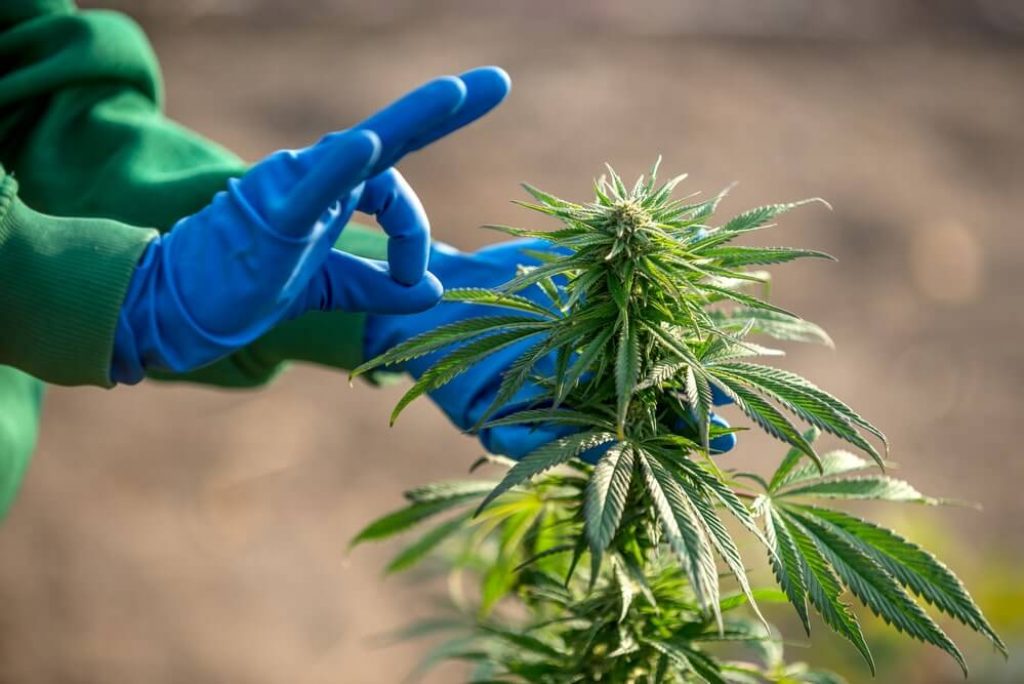 Unchecked vegetative growth is also a problem. If you have plants with tons of leaves that touch one another, you’ve got a great breeding ground for mildew.

What conditions are necessary for powdery mildew to thrive?

If you can get a relative humidity level of around sixty percent and combine it with a poorly ventilated grow space, you’re almost certainly going to get the kind of mildew growth that will end up destroying your yield.

Now that you know what causes mildew growth, you can start thinking about how to spot the growth. The good news is that it’s virtually impossible to miss if the growth gets bad enough.

The bad news, though, is that it might be too late by the time it becomes too prevalent to ignore. 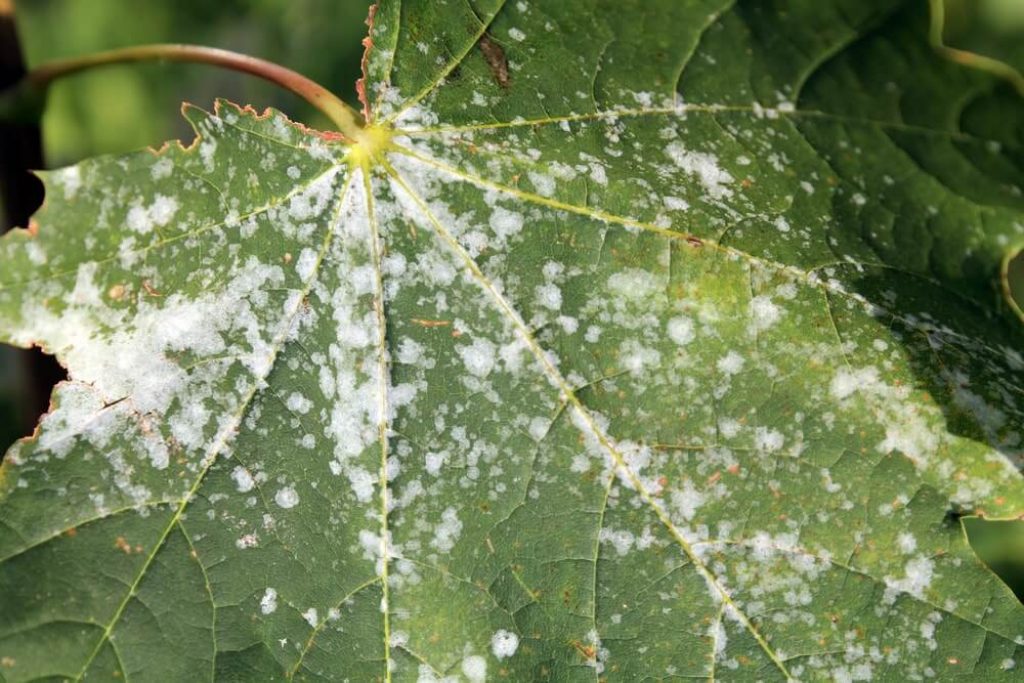 True to its name, white powdery mildew is a fuzzy, white substance that will grow on the leaves of your plants. Extreme growth will look a bit like someone has dropped flour all over your plants, but even at the earlier stages, it looks like someone has lightly dusted your leaves.

If you see fuzzy growth, you do need to start taking steps to salvage your yield immediately.

How to prevent powdery mildew from entering my cannabis garden?

Before you start thinking about getting rid of mildew, you should take a moment to consider how you can avoid it in the first place. Though this kind of mildew growth does occur to even those who try their best, there are steps you can take to make it less likely.

The big step is, of course, ensuring that you have great ventilation and airflow. If you can ensure that the air in the grow space is moving, you’ll find it less likely that any spores can settle.

At the same time, investing in a dehumidifier to keep the relative humidity level of the grow space around forty percent can drastically slow the potential for initial growth.

How to get rid of Powdery Mildew on Marijuana

While it’s great to prevent mildew growth, the truth is that sometimes it will occur even if you do your best. As such, you need to stop and think about the different ways you can get rid of the mildew growth while causing the least amount of damage to your plants.

Fortunately, there are a handful of tried and true methods for dealing with powdery white mildew that have shown some real promise. 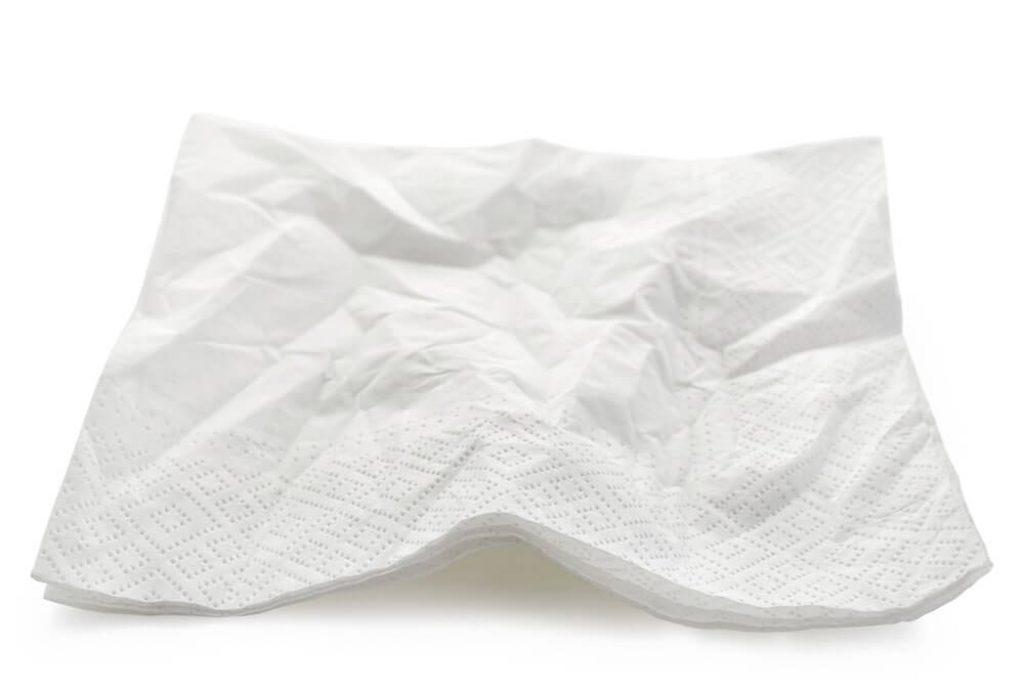 Doing so would let the spores fly into the air and will simply move your problem to another set of leaves.

How to remove powdery mildew on buds

There’s a lot you can do to save your plants from white powdery mildew. The downside, though, is that any infected buds are going to need to be removed.

As sad as this might be, doing so is the best way to prevent further spread. Snip them off carefully and dispose of them far away from your grow area if possible.

While there are some who swear by being able to spray down buds before harvest, the truth is that removal is the safest way to keep the rest of your crop safe from a further mildew infestation.

If you don’t feel like the careful wipe-down is effective, there are some great, natural products that you can use. These natural remedies vary, but products like GrowSafe tend to be fairly well-loved by growers. 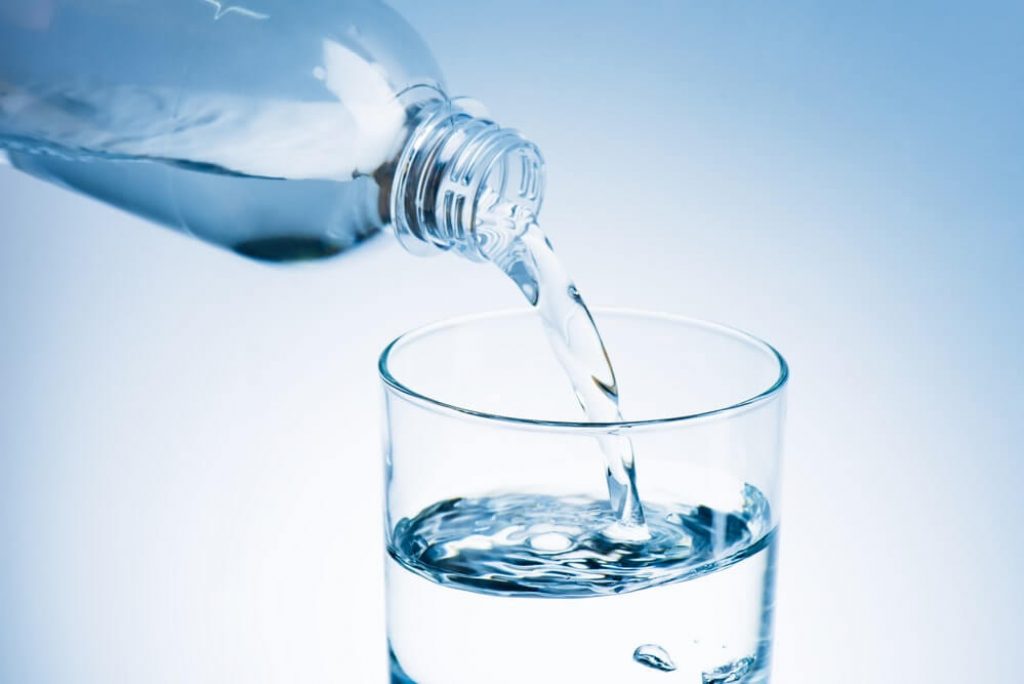 You’ll just need a mister and some water, so use these in conjunction with the product so that you can not only kill off the growths that have occurred but you should be able to prevent future growth as well. Always choose a natural, organic product that’s trusted by other growers so that you can feel safe with your harvest.

UV light is a good remedy for white powdery mold, at least when used properly. The biggest issue is that you need to be in a goldilocks zone – too little light won’t do anything, while too much will burn your plants.

As such, you’ll want to take a careful look at the intensity of your lights before you do any real work here.

As a note, there’s a lot of evidence to suggest that UV light doesn’t actually kill mold. It’s great for preventing growth, but it won’t prevent mold from coming back.

As such, use your UV lights in more of a preventative setting.

No, it is not. Powdery mildew does not become part of the plant, nor will it start in one area and move through the plant to infect other areas.

With that said, powdery mildew does move from leaf to leaf when the leaves are touching and can even move through the air thanks to the presence of mildew spores.

Is Powdery Mildew Dangerous to Smoke?

Is it dangerous? It certainly is if you have asthma or you are immunocompromised, but it’s probably not going to hurt you. 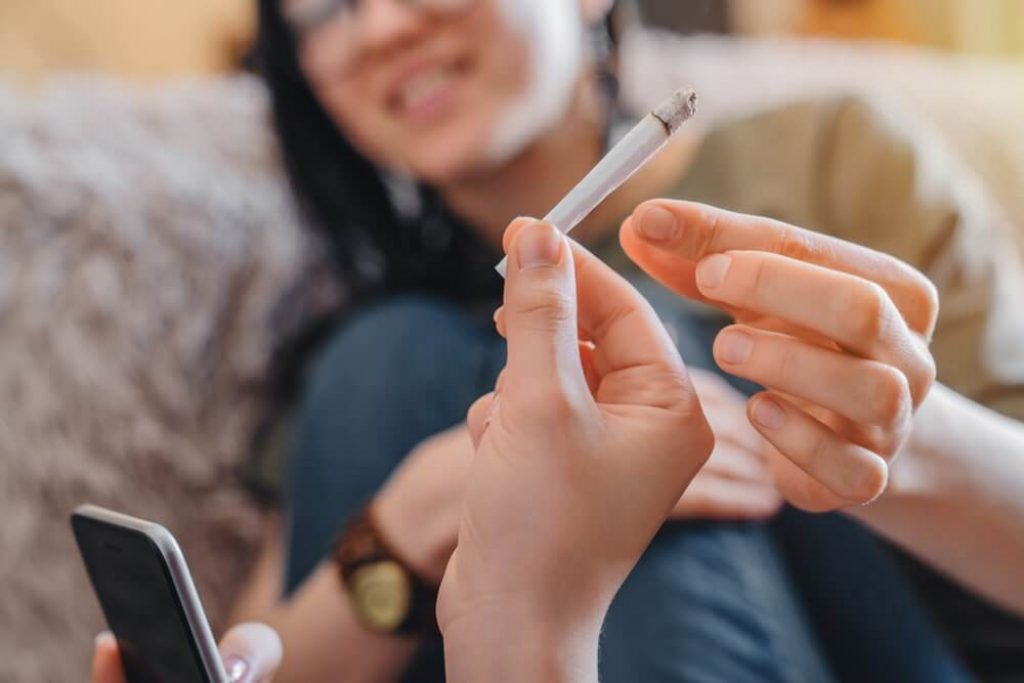 With that said, smoking powdery mildew probably isn’t the wisest idea and it’s definitely something that should be avoided if at all possible.

How does Powdery Mildew Spread?

Powdery mildew spreads by both sexual and asexual reproduction. This means that it spreads physically from leaf to leaf as the mildew reproduces and it also spreads via spores that filter through the air.

That’s why it’s always important to eradicate an infestation, as what seems like a small problem can grow significantly over a shorter period than you might imagine.

As a grower, you’re going to have to learn how to deal with all kinds of issues with your crop. The best thing you can do for yourself is educate yourself about what can go wrong and what you can do to fix your problem.

White powdery mildew is, at the end of the day, a relatively minor problem that you can solve without any major effort. Knowing how to spot it and deal with it is key, especially if your goal is to keep your plants pristine before you get ready to harvest.

How Long Should I Burp My Jars When Curing?