What is a Concussion?

A concussion is a type of mild traumatic brain injury that is more often experienced than many might think. Concussions are usually caused by blows to the head, which causes many people to associate them with contact sports.

In truth, though, a concussion is most likely to happen after a fall, so the conditions under which one of these injuries can occur can vary greatly.

Symptoms of a concussion

Unfortunately, concussions can be rather subtle and not all of the symptoms are easy to identify. Some of the more common physical symptoms include blurry vision, headaches, nausea, vomiting, fatigue, and blurry vision.

Those who witness an individual with a concussion also usually report seeing signs as varied as forgetfulness or blurred speech. There are even symptoms that might not show up immediately, including an inability to sleep, sensitivity to light or noise, or even irritability. 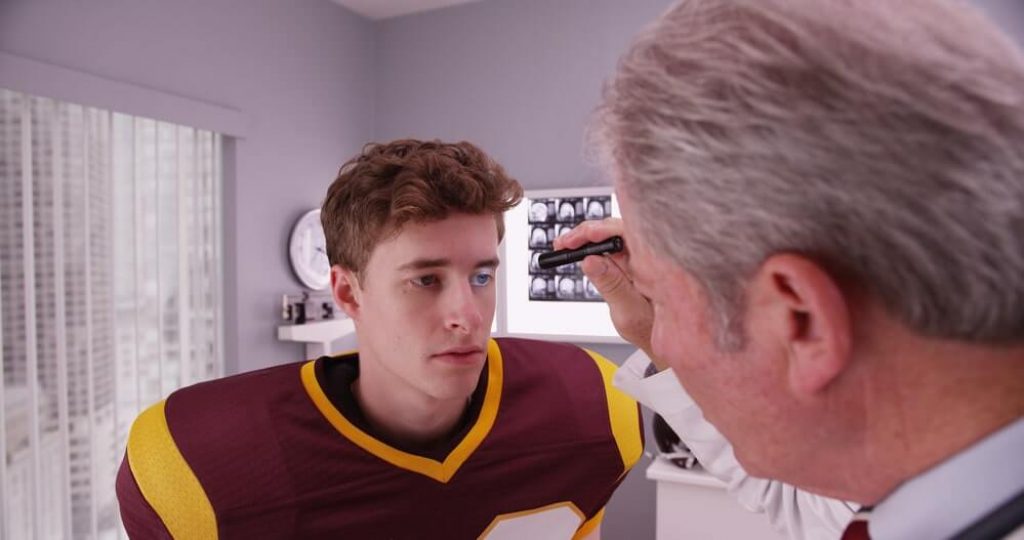 As you might expect, a concussion is often hard for an inexperienced person to identify just because each of the individual symptoms seem like they could be related to something else.

Concussion treatment has come a long way in recent years, but it does still feel fairly simple. Unfortunately, most concussions today are treated with rest.

It’s usually not required than an individual stay completely bedridden, but most are advised to avoid activities that could further aggravate their head trauma or that could cause their symptoms to become worse. Many individuals are also told to avoid screen time, as looking at computer screens or phones can make some concussion symptoms worse.

Can cannabis help the brain heal faster after a concussion?

One of the more intriguing fields of study right now has to do with cannabis use after a concussion. On a medical level, this isn’t just about whether you can smoke certain types of weed if your head hurts – it’s about figuring out whether or not cannabis can make an actual impact on brain health after an injury.

Thus far, there are at least a few interesting discoveries that are slowly being made as research into marijuana usage becomes more widespread.

If you are at all familiar with CBD, you know that many people use it as an anti-inflammatory to help deal with issues like arthritis. What you may not know, though, is that those same qualities can actually help with brain inflammation.

There is some very interesting research being done right now into using CBD to treat a variety of different conditions that arise from brain inflammation, including concussions. If the research pans out, it’s possible that CBD will become one of the primary treatment avenues for those who have concussions.

Cannabis actually does a fair bit for the brain after a concussion. While most would directly point to the fact that cannabis can increase blood flow which in turn promotes healing, it’s the pain relief properties of cannabis that tend to be the most interesting when it comes to looking at post-concussion syndrome symptoms. 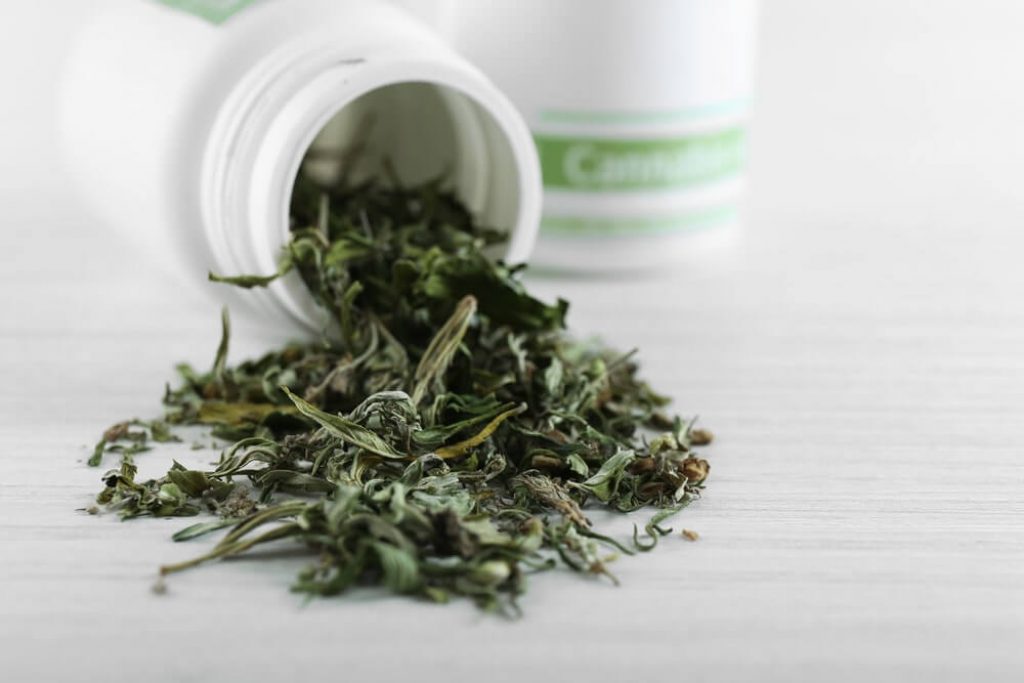 Simply put, cannabinoids have already been shown to protect your brain in some very significant ways. Both cannabis and CBD have been shown to have a host of effects that can help your brain’s health, with CBD generally being the preferred choice in treatment because of the lack of psychoactive components.

Even with that said, though, it’s important to look at the healing properties of anything from a cannabis plant as doing so gives medical professionals and patients both a wider array of options when it comes to treating a concussion effectively.

There’s not really a ‘concussion’ strain out there yet, though there are definitely a few strains out there that can help with different side effects that come from concussions. If you have had a head injury and your doctor feels comfortable with you trying alternative treatment routes, it’s good to look at different types of strains (and also different methods of ingesting cannabis) to determine if any of them will help you to get past the worst parts of your concussion.

Strains for headaches and pain

If you’re particularly looking for a strain that has great headache relief properties, you’re probably going to want to look at an Indica strain like Black Magic or Double Tap. Higher THC content Indica strains are likewise recommended for pain, so something like Bedica might be a good fit for you.

There are also some really good hybrid strains that tend to do well for both conditions, though sticking with Indica does tend to make the shopping process a little easier for most.

If you’re looking for help getting to sleep after you’ve had a concussion, you’ll probably want to be on the lookout for a strain that is specifically used for treating insomnia. Indica, again, is going to end up being your friend here. 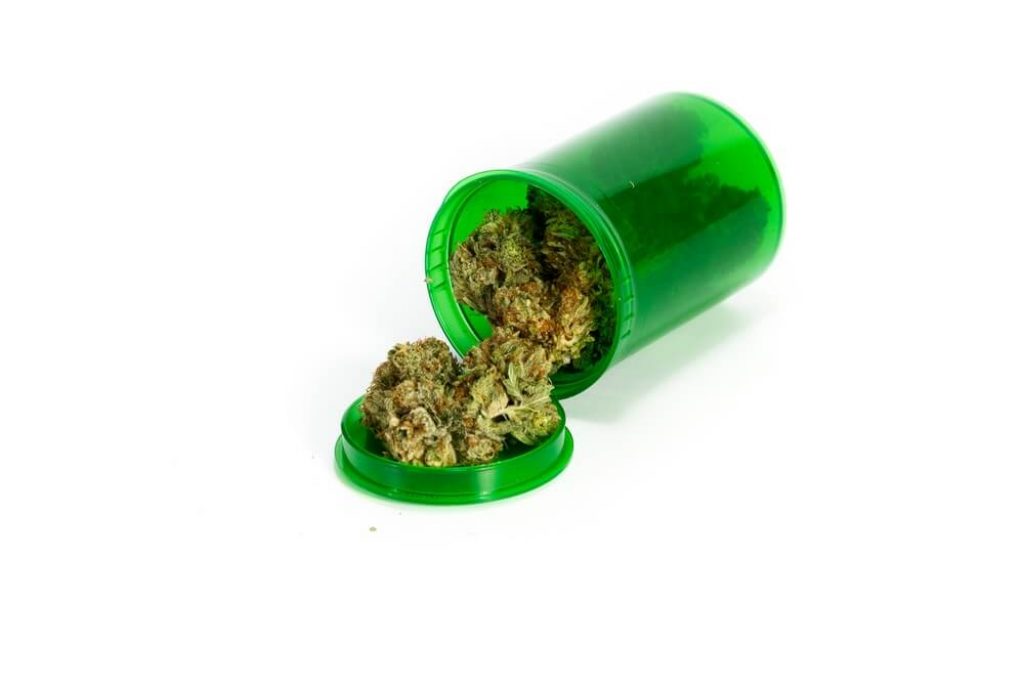 Madagascar tends to be the particular strain that gets the most recommendations from those who absolutely need more sleep, though a few others like Deep Sleep obviously tend to be big hits with those who just need a little help dealing with the changes in their sleep patterns that might be a side effect of a concussion.

On the other end of the spectrum is fatigue. If you’re finding that you are completely out of energy after you have suffered a head injury, it’s generally a good idea to look to find a strain that’s going to help lift you up a bit.

This is really where the Sativa strains tend to stand out, with specific strains like Zamadelica, Lemon Bean, or Green Avenger taking the top spots for giving you back a bit of your energy. it’s always a good idea to think about whether a lack of sleep is the cause of your fatigue, though, as that would mean you would want to look into the Indica strains above.

Strains for depression, anxiety and stress

Finally, there are the various mental health issues that can occur after a concussion. Depression, anxiety, and stress are all very real factors that can be exacerbated after a head injury and it does make sense to seek something that can help you with each.

Smoking Marijuana With A Concussion

As you can imagine, there are two major camps when it comes to smoking marijuana when you have a concussion. If you’re on the pro-marijuana side of the argument, you’ll almost certainly want to point out all of the excellent benefits that have already been discussed here. 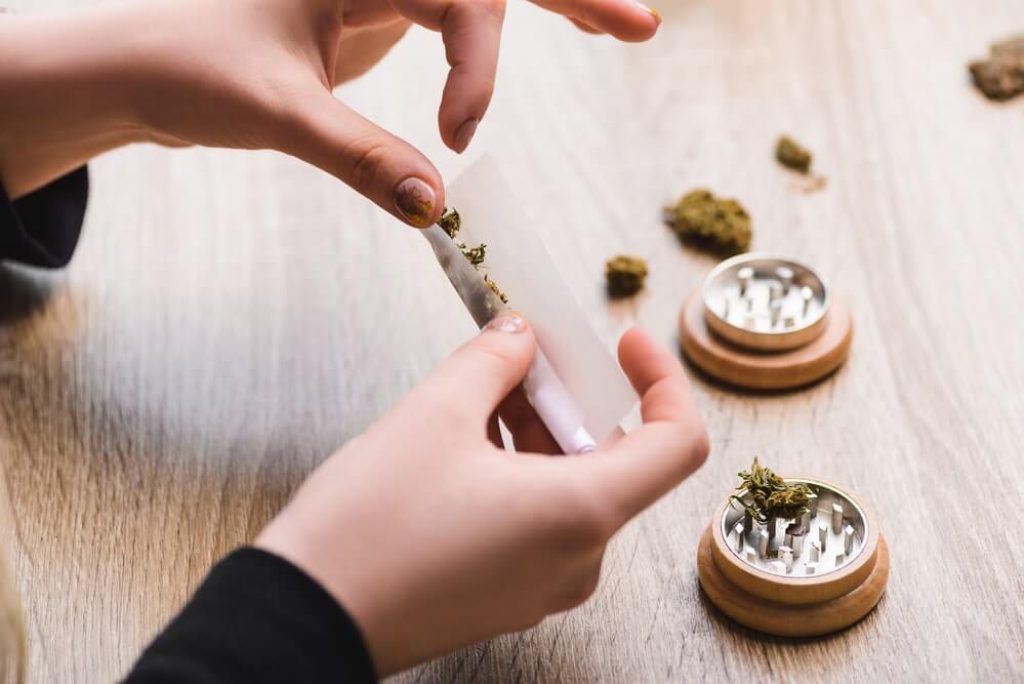 The anti-marijuana side of the argument, however, tends to focus on the fact that there’s not nearly enough research done on the effects of marijuana after a concussion and that there could theoretically be drug interactions to look at even if we’re not quite sure what those might be.

What Do Studies Say?

As always, it does make sense to go to the science to figure out whether or not it’s a good idea to smoke marijuana after a concussion. As with so many other medical issues, though, it’s really hard to find any studies that come down on either side of the issue that are going to convince either side of the debate to change their minds.

A 2019 study did show that marijuana usage does tend to help with recovery after a concussion, but that’s a single study that’s still waiting on more to back it up. It may be more interesting to note, though, that there are no studies that show any problems with smoking marijuana after a concussion.

Is it a good idea to smoke marijuana after a concussion? There are certainly signs that doing so can help you to heal and that using certain strains might be the best way to deal with certain side effects.

Though the few studies that have been done do tend to point in this direction, there’s really not enough data to make a clear call yet. As such, it’s a good idea to discuss this kind of treatment plan with your doctor so that you can figure out if doing so could have any potential side effects that would be unique to your own medical condition.