Weed eyes. No matter how hard you try to conceal the fact you were smoking marijuana, those red eyes you get afterward will almost always give you away.

But what causes the problem? And is there anything you can do about it?

If you’ve ever sat around a campfire on a cool summer night and the wind shifts in the wrong direction blowing the smoke your way, you’ll probably find yourself shifting your chair and waving your hands to push the smoke away. Oh, and your eyes will get red and irritated too.

Wouldn’t it be nice if it was simply the smoke from a joint or blunt that causes your eyes to become bloodshot? Unfortunately, it isn’t.

The culprit behind weed eyes is cannabinoids, namely tetrahydrocannabinol aka THC, the chemical compound in marijuana that causes you to get high in the first place. When ingested, it causes your heart rate to increase and your blood pressure to rise much like it would if you participated in hard exercise or sex.

After that happens, it doesn’t take much time–on average about 5 to 10 minutes–for your heart rate to slow down to normal and your blood pressure to decrease. But as it does, your blood vessels and capillaries including those in your eyes will begin to dilate. 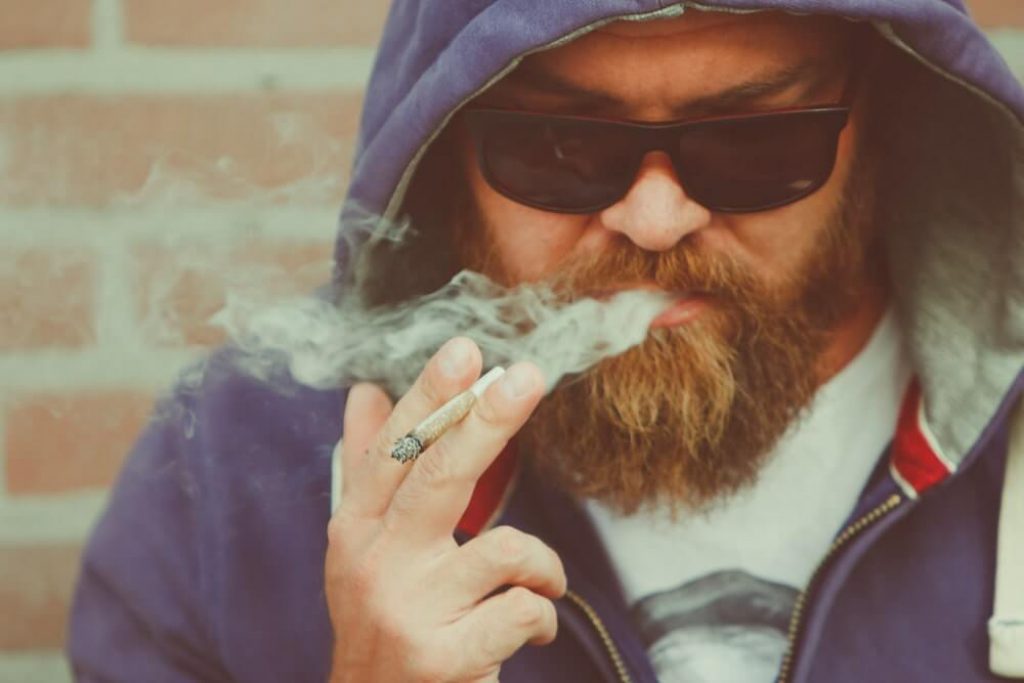 This is called vasodilation and the end result is a rush of blood to those ocular capillaries and what appears as bloodshot eyes.

It also explains why you get weed eyes after you consume gummies, weed brownies, or other edibles, or if you take topicals or tinctures. You don’t have to smoke or vape marijuana to get red eyes.

Nor does it have anything to do with how you smoke it–whether through your mouth or your nose. No matter how you ingest your weed, if it has some THC content, you have the potential to get red eyes.

Everyone who consumes cannabis with some THC content will be affected, but they won’t necessarily be affected the same.

The higher the THC content, the more likely it will be for people to develop weed eyes. However, gender, genetics, and one’s general health will also play a role.

In addition, how long the red-eye effect will last from one individual to another may vary due to body weight, tolerance, and metabolism.

How to Get Rid of Red Eyes From Smoking Marijuana

While medical and recreational cannabis is becoming more mainstream with each passing year, in certain circles and situations there still remains a stigma. So unless you want to walk around for a few hours wearing sunglasses (a hard thing to explain when you’re inside and it’s a cloudy day), there are a few options to consider.

When it comes to relief, over-the-counter eye drops that are made particularly for the treatment of red eyes are the go-to remedy.

The brand you buy doesn’t matter; rather, you want drops that contain tetryzoline, a chemical that contains vasoconstrictor properties. 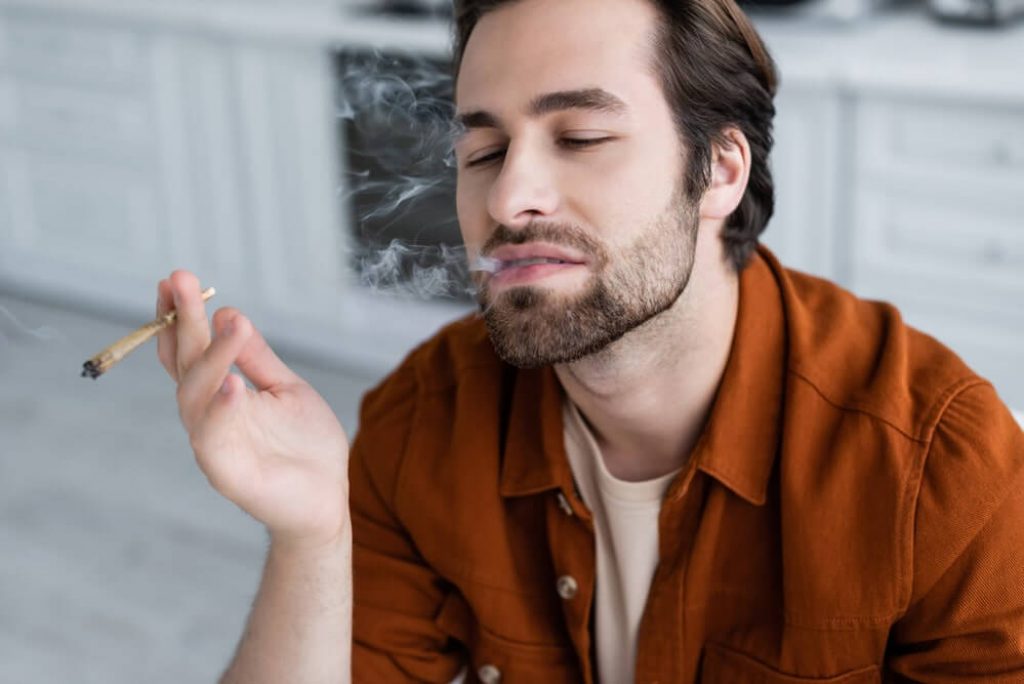 In other words, while THC causes the capillaries in your eyes to dilate, tetryzoline does just the reverse, causing them to constrict.

Eye drops aren’t the only vasoconstrictors. Caffeine is a natural one, so consuming a cup of coffee, can of cola, or dark chocolate candy bar can have a similar effect.

Splashing your face and eyelids with cold water or placing cold icepacks on your eyes can also help relieve the redness.

Wait for Symptoms to Subside

This is probably the easiest remedy. After all, it’s not going to last forever.

For most who smoke marijuana and experience red eyes, the effects will last an hour or two before subsiding. If you get your THC content from edibles, the red-eye effect will take longer to show up but can last much longer, from four to twelve hours on average.

In the meantime, you can always pretend you’re suffering from allergies.

How to Prevent Red Eyes When Smoking Marijuana

As the saying goes, an ounce of prevention is worth a pound of cure. So if you don’t want to get red eyes in the first place, there are a few options to consider.

Since it is the THC in weed that causes weed eyes, avoiding strains with a high THC content would seem a no-brainer. For example, Solomatic CBD averages only about 1 percent THC, and Cannatonic averages about 6 percent or less.

Of course, the less THC content, the less the psychoactive effects you’ll enjoy from your session.

Plan Ahead of Time

Have an important meeting on Tuesday afternoon? One where telltale weed eyes might not be a welcome sight? Then skip your smoking session or enjoy edibles until after you get home. Sometimes it’s that simple.

What Are the Other Factors that Cause Weed Eyes?

A person’s natural blood pressure plays an important factor in weed eyes. For example, a person who has high blood pressure, to begin with, will require a greater amount of THC before red will appear in their sclera (the white part of the eyes).

If, however, a person has naturally low blood pressure, they may flash red eyes of doom every time they partake that will surpass even Superman’s most evil adversaries. Be kind to them.

Is it Normal or is it Harmful to Having Red Eyes after Smoking Weed?

If you’ve ever consumed marijuana in edible form and you’ve experienced a negative gastrointestinal effect like nausea, vomiting, stomach cramps, or diarrhea, weed eyes are probably the least of your concern.

In fact, getting red eyes from ingesting marijuana any which way shouldn’t be a concern at all. It’s a harmless side effect that most everyone experiences, and it will go away quick enough. So chill.

When it comes to getting weed eyes, the most important thing to remember is that the condition is both temporary and harmless. It’s just part of the stoner experience.

So, in most cases, it’s best to simply ride out the red until it fades into the sunset. If, however, you feel it necessary to make that telltale red disappear, keeping a bottle of over-the-counter eye drops is likely your best bet.

Or a stash of chocolate.

Added to wishlistRemoved from wishlist 2